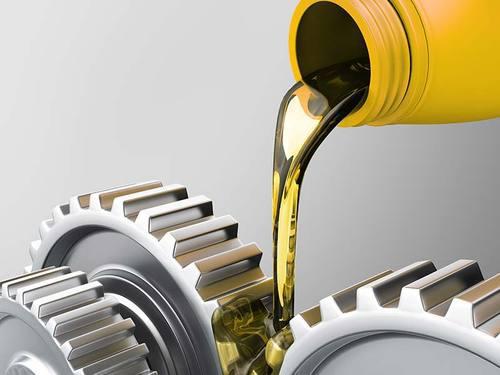 Global Lubricants Market, by Type (Mineral Oil, Synthetic Lubricants, Greases, Bio-Based Lubricants), by Applications (Engine Oil, Gear Oil, Transmission and Hydraulic Fluids, General Industrial Oils, Process Oils, Metalworking Fluids & Others), by Additives (Dispersants, Viscosity Index Improvers, Detergents, Anti-Wear Additives, Antioxidants, Friction Modifiers & Others) by Region (North America, Europe, Asia Pacific, Latin America and Middle East & Africa); Size and Forecast, 2018-2025According to a new market report published by BlueWeave Consulting, the global lubricants market was valued at US$ 138.45 Bn in 2017 and is expected to expand at a CAGR of 3.65% from 2018 to 2025, reaching US$ 185.15 Bn by the end of the forecast period. According to the report, Asia Pacific was the largest contributor in terms of revenue to the lubricants market in 2017.Expansion in the automotive and general industry is driving the global lubricants market.Request for Sample Copy of Study Report on Global Lubricants Market: https://bit.ly/2FnyA3xLubricants are basically substances that are used to control or diminish friction along with wearing of surfaces that are coming in contact with various bodies in relative motion. Lubricants are generally classified into liquid, semi-liquid, solid, and gaseous on the basis of their state. These high-performance substances are extensively used in several end-user industries as corrosion inhibitors, anti-wear additives, friction modifiers, viscosity index improvers, and extreme pressure (EP) additives.The passenger car demand has been rising over the years, according to OICA. Passenger car usage has increased by 4.4% from 2014-2015. Emerging economies like China, India, Africa, and Mexico has witnessed exponential growth in terms of passenger car usage for instance in China the passenger car used has increase from 1,17,482 in 2014 to 1,35,805 in 2015. Rise in number of passenger cars are influencing the demand for lubricants, as the main purpose of lubricants in passenger car is to smoothen the moving parts of automobile reducing vehicles friction and wear & tear, providing trouble free performance for a longer span of time. Thus, rise in demand for passenger car will promulgate application of lubricants.Lubricants Market: Competitive DynamicsCompanies, such as Exxon Mobil Corporation, British Petroleum, Royal Dutch Shell, Chevron Corporation, and Total S.A. are the key players in manufacturing lubricants. In terms of product offerings, Exxon Mobil Corporation and British Petroleum are the major players in the market, providing various products of lubricants.Get Complete Table of Content Having Unique Analysis on Several Factors: https://bit.ly/2FzA5LTLubricants Market: Scope of the ReportThe global Lubricants market is segmented on the basis of type, application, and additives. On the basis of type, the market is segmented into Mineral Oil, Synthetic Lubricants, Greases, and Bio-Based Lubricants. Mineral oil was the largest segment in the global lubricants market in 2017 and is estimated to witness the highest growth during 2018-2025. On the application basis, the market is segmented into Engine oils, Gear oil, Transmission and Hydraulic Fluid, General Industrial oils, Process Oils, Metal Working Fluids, and Others. Engine oils accounted for the largest segment in the global lubricants market in 2017. On the basis of additives, the market is segmented into Dispersants, Viscosity Index Improvers, Detergents, Anti-Wear Additives, Antioxidants, Friction Modifiers, and Others. Dispersants accounted for the highest segment regarding revenue during 2017 and are estimated to grow significantly during 2018-2025.On the basis of region, the market is segmented into five parts namely North America, Europe, Asia Pacific, Middle-East & Africa, and Latin America. Asia-Pacific was the largest region in the global lubricants market in 2017 with a market share of 39.60% and it is estimated to grow over a CAGR of 3.42% during 2018-2025.Global Lubricants Market: Key Findings of the ReportAccording to BlueWeave Consulting, the key findings of the report “Global Lubricants Market Size, Share, Development, Growth and Demand Forecast to 2025” are:• Synthetic Lubricants segment is expected to grow at a rapid pace with a significant CAGR of 6.3% during the anticipated period owing to its better viscosity stability in extreme temperature conditions. Synthetic lubricants are manufactured by the combination of base oil and additives. Synthetic lubricants have enhanced quality and have several advantages over other conventional mineral-based lubricants. Synthetic lubricants help to increase the durability of the machineries and equipment.• General Industrial Oil & Process Oil Application is expected to grow with a CAGR of 4.4% during the forecast period. General Industrial oils are being increasingly used across several industrial applications as well in areas such as air compressors, auxiliary equipment, bearings, food machinery, gas engines, etc. Process oils increase the performance of rubber and tire products and provide high stability, with a relative inertness towards curing additives. Process oils have low volatility, and high viscosity and plasticity. • Middle-East & Africa is the fastest growing market for lubricants across the globe with a CAGR of 4.42%. The Middle East & Africa lubricants market is projected to grow exponentially in the next five years. The demand for Middle East & Africa lubricants is increasing and will continue to increase due to the tremendous growth in the transportation and industrial sector. The development of the tourism, mining, quarrying industries in Africa and crude oil and natural gas exploration, construction industries in the Middle East is significantly contributing to the increase in lubricants consumption in the region.Browse Full Study Report on Global Lubricants Market: https://bit.ly/2SZNIrWAbout UsBlueWeave Consulting is a one-stop solution for market intelligence regarding various products and services online & offline. We offer worldwide market research reports by analyzing both qualitative and quantitative data to boost up the performance of your business solution. BlueWeave has built its reputation from the scratches by delivering quality performance and nourishing the long-lasting relationships with its clients. We are one of the promising digital market intelligence generation company delivering unique solutions for blooming your business and making the morning, more rising & shining.Contact Us:Email: info@blueweaveconsulting.comWebsite: www.blueweaveconsulting.comPhone: +1 8666586826

You can edit or delete your press release Global Lubricants Market Analysis by Type, Applications, Additives, Regions and Forecast From 2018-2025 here