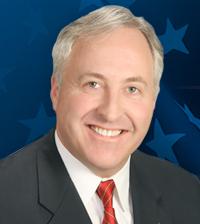 The local community members of East Northport joined forces to “rally in the streets”, in support of congressional candidate, John Gomez. On Sunday October 24th, Justin Abrams, Executive director of Black Rose Productions, Inc. visited a rally set up by acting founder and director of the Conservation Society for Action, Mr. Stephen Flanagan. The rally attracted a substantial amount of followers including war veterans, children, and local communitarians. The CSA was formed to ward off the ever-expanding threats of a potentially controlling left-winged government. They pride themselves on maintaining the foundation of the U.S. Constitution, and Individual Rights. They also support several pro-Veteran causes like the Jacobs Light Foundation, and the Wounded Warriors Project. John Gomez has been a lifetime advocate for his community. Mr. Gomez is always willing to provide support to his neighbors and fellow Americans. It is extremely rewarding to see how some people are more interested in their human rights then in Sunday football.Black Rose Productions is a multi-facated company that is in the business of Artist Managment, publishing, web design and film and video production.Black Rose Productions Inc. 409 RT 112 Port Jefferson Station, NY 11776

You can edit or delete your press release Gomez for the People, the People for Gomez here

10-28-2010 | Arts & Culture
Black Rose Productions Inc.
Saying Goodbye to Summer on a High note
What is a better way to say farewell to the summer than to celebrate at a concert held on top of a working lighthouse? September 5th, 2010 marked the fourth annual Huntington Lighthouse Music Fest. It was celebrated with hundreds who came to join in the musical festivities on their boats, jet-skis, sailboats – you name it. Everyone was welcomed for this free event that took place in the Huntington
10-28-2010 | Arts & Culture
Black Rose Productions Inc.
100th Year Anniversary of the Boy Scouts of America
Saturday, October 16th marked the 100th anniversary of the Boy Scouts of America, Black Rose Productions, Inc. along with Congress Candidate John Gomez were there to help “pitch” the campsite. Its was a crisp and windy day filled with rugged boy scouts and their families, participating in events ranging from civil war demonstrations to seminars, to cart racing and even the opportunity to shoot skeet at the shotgun range. The

01-05-2021 | Business, Economy, Finances, B …
Traduality Language Solutions
Cory Gomez Appointed New CTO of Traduality Language Solutions
MONTERREY, NL. (Jan. 04, 2020) – Traduality Language Solutions officially announced today the appointment of Cory Gomez as Chief Technology Officer effective December 1, 2020. Cory is the first CTO in the company since it was founded in 2009. “Cory’s appointment as CTO is the first step toward pursuing a larger technology-wise goal,” said Diego Achío, Traduality’s founder and CEO. “Our company started out with me behind a computer at my
01-02-2019 | Business, Economy, Finances, B …
TMR Research
Hydroxypropyl Starch Ether Market competitive dynamics 2018-2028 : Emsland, Guan …
Global Hydroxypropyl Starch Ether Market: Snapshot Hydroxypropyl starch ether mainly is a white or colorless powder characterized with a good level of fluidity. This compound also possesses a decent water solubility. When it is used in an aqueous solution, the compound is transparent and colorless, and at the same time maintains stability. This product finds application in a variety of industries including adhesives, coatings, and organic liquids used for building materials.
09-05-2016 | Media & Telecommunications
Industry QI
Non-Ionic Cellulose Ether Market 2016 : Ashland, Dow Chemicals, Shinetsu, Shando …
A market study based on the "Non-Ionic Cellulose Ether Market" across the globe, recently added to the repository of QY Insights, is titled ‘Global Non-Ionic Cellulose Ether Market 2016’. The research report analyzes the historical as well as present performance of the global Non-Ionic Cellulose Ether market, and makes predictions on the future status of Non-Ionic Cellulose Ether market on the basis of this analysis. Major Manufacturers Analysis of Non-Ionic Cellulose
01-12-2012 | Politics, Law & Society
Roberts Law Firm
Gomez vs Xerox – Xerox Pays $5 Million Settlement to Family in Los Angeles Wro …
Los Angeles, California – United States – Thanks to the hard work and dedication of the Orange County based Roberts Law Firm, the Gomez family finally has some closure regarding the death of 63-year-old wife and mother Elvira Gomez, which resulted in a negligent entrustment suit against Xerox Corporation. Driving a company vehicle, Eduardo Delgado, a Xerox employee with a DUI history, struck Mrs. Gomez in April, 2009, as she
01-04-2012 | Politics, Law & Society
Roberts Law Firm
Roberts Law Firm and Gomez Family Partner to Create SafeRoadsCalifornia.com
Los Angeles, California – United States - Sometimes winning the court case just isn’t enough, which is why Roberts Law Firm and the Gomez family joined their efforts to create SafeRoadsCalifornia.com. Gomez v Xerox came about because of the death of Elvira Gomez, who was stuck by Eduardo Delgado driving a Xerox company vehicle. Delgado was convicted of his third DUI as a result of the accident. The Roberts Law
08-04-2011 | Fashion, Lifestyle, Trends
The LC Media Group
IRIS GOMEZ OF BEAUTYCHRONICLES.COM LAUNCHES THE BC AGENCY, A HIGH-END CELEBRITY …
MIAMI, FL (July 28, 2011) - Following the ever-expanding success of her grassroots beauty and style blog, Beauty Chronicles, creator Iris Gomez is launching The BC Agency, a full-service celebrity styling agency. The BC Agency offers expertise and versatility in styling for red carpet events, print, film, personal, commercial, advertising, and editorial campaigns. Over the years through her blog, Gomez has developed meaningful relationships with designers and clients alike. This
Comments about openPR
OpenPR is clearly structured and remains true to its principle of confining itself to the essential parts. OpenPR has proven to be a very good and reliable partner to our media agency: Within the shortest time the releases are online and go down well with the media representatives. The success of OpenPR is reflected in the steadily increasing number of press releases. It is good that OpenPR exists!
Ursula Koslik, Director Marketing & PR, F+W Hamburg