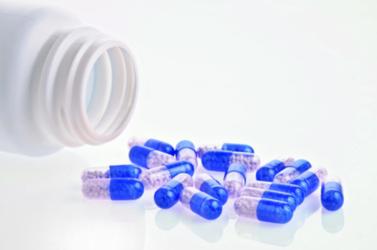 Epilepsy is associated with disrupted activities in the brain called seizures, which affects the central nervous system. Depending on the area of the brain obstructed by seizures, these are categorized into generalized seizures and partial seizures. Generalized seizures affect the whole brain, while partial seizures affect just one part of the brain. Depending on their severity, seizures are termed as mild seizures and stronger seizures. Mild seizures are difficult to diagnose, as these last for only a few seconds. Stronger seizures may last for a few seconds to a few or several minutes, resulting in spasms and uncontrollable muscle twitches. This may cause the patient to lose consciousness, lead to temporary loss of cognition, or memory loss during the seizure. Pediatric epilepsy can be caused due to a trauma injury, complications during birth, or genetic disorder. Epilepsy that occurs due to brain infections such as meningitis is known as symptomatic epilepsy, while genetics related condition is called idiopathic epilepsy.Download PDF Brochure Of This Research Report: https://www.coherentmarketinsights.com/insight/request-pdf/823Market Dynamics:Major market players are focusing on providing viable treatment options in patients suffering from refractory epilepsy or drug resistant epilepsy. The add-on or adjunctive therapies designed by market players offer significant positive results with relatively less side effects. This, in turn, is expected to boost the market growth rate for anti-epileptic drugs. Some notable drugs in the pipeline such as Lyrica (Pregabalin), are showing potential therapeutic effects with fewer drug interactions, improved side effect profiles, and enhanced overall safety. This addresses a major need in the AED market, since most of the older treatments such as carbamazepine, valproate, and phenytoin, although effective, have very poor safety profiles and are not well-tolerated by pediatric patients.Newer drug therapies with symptom specific indications are expected to boost market growth:Epilepsy is a highly prevalent disorder, especially in emerging economies as an estimated 50 million people worldwide are suffering with epilepsy out of which almost 80% live in emerging economies as per the World Health Organization (WHO). According to the American Academy of Pediatrics, as of April 2017, epilepsy is estimated to affect 0.5% to 1% of children globally and is the most prevalent chronic condition of the central nervous system among children. According to Epilepsy Foundation, each year, around 150,000 new cases of epilepsy are reported in the U.S. and the rate of occurrence is high among young children and geriatric population.The Society of Neuroscience, in 2015, stated that epilepsy affected around 10.5 million children worldwide, and the types and severity of the disorder varies significantly. The incidence and prevalence of epilepsy for children appears to be lower in developed economies and highest in rural areas of emerging economies. This is mainly attributed to the presence of FDA-approved anti-epileptic drugs in the developed economies and the vast distribution channel providing higher accessibility. Scientific and technological advances have introduced many new medications in the past decade, which are used in combination and in a personalized way by physicians for the treatment of pediatrics. The U.S. Food & Drug Administration (FDA) approved drugs, including Phenytoin (Dilantin), Carbamazepine (Carbatrol), Divalproex Sodium (Depakote), and Ethosuximide (Zarontin).The global anti-epileptic drugs for pediatrics market was valued at US$ 772.6 million in 2016 and is expected to witness a robust CAGR of 7.9% over the forecast period (2017-2025).Global Key Players: • Mylan N.V. • Cephalon, Inc. • GlaxoSmithKline plc • Janssen Pharmaceuticals • Novartis AG • Pfizer, Inc. • Sanofi S.A. • UCB Pharma Limited • Sunovion Pharmaceuticals Limited • Valeant Pharmaceuticals International, Inc. • Zogenix • GW Pharmaceuticals • Insys • ZynerbaRequest For Customization @ https://www.coherentmarketinsights.com/insight/request-customization/823Detailed Segmentation: Global Anti-Epileptic Drugs for Pediatrics Market, By Drug Type: • 1st Generation • 2nd Generation • 3rd Generation Global Anti-Epileptic Drugs for Pediatrics Market, By Geography: • North America • Europe • Asia-Pacific • Latin America • Middle East • AfricaAbout Coherent Market Insights:Coherent Market Insights is a prominent market research and consulting firm offering action-ready syndicated research reports, custom market analysis, consulting services, and competitive analysis through various recommendations related to emerging market trends, technologies, and potential absolute dollar opportunity.Contact Us: Mr. Shah Coherent Market Insights 1001 4th Ave, #3200 Seattle, WA 98154 Tel: +1-206-701-6702 Email: sales@coherentmarketinsights.com