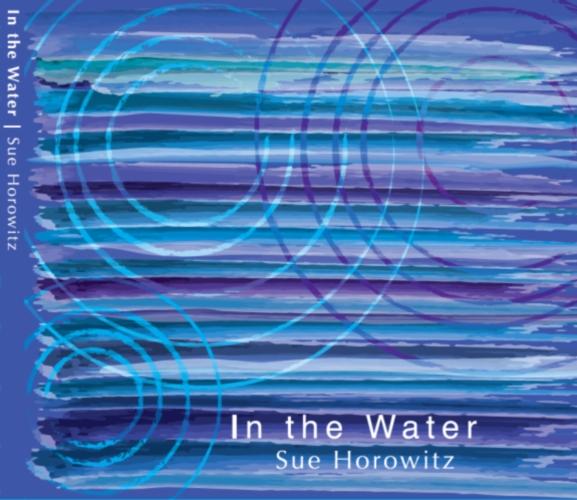 Singer, songwriter and musician, Sue Horowitz, is a quickly rising star in the modern Jewish music scene and she’s just released her latest CD entitled “In The Water.” The CD was co-produced in Nashville, TN by Grammy-nominated producer, engineer and musician Mark Niemiec, and well-known Jewish rocker Dan Nichols.Horowitz took the Jewish music market by storm with the release of her first CD, “Eleven Doors Open.” That CD was produced in Boston by the multi-talented Jewish performer and composer, Josh Nelson. Her recording of “Hinei Mah Tov” was included on the Transcontinental Press Ruach 5767 Jewish music compilation. Her performance of “Y’varechecha” was also a finalist in the spiritual category of the Just Plain Folks award.When she’s not in the recording studio, she performs at venues that have included the Coalition for the Advancements in Jewish Education and the Union for Reform Judaism’s (URJ) North American Biennial, as well as congregations throughout the northeastern U.S.“I began writing songs for Jewish settings through my friendship and working relationship with Rabbi Lev Baesh,” said Horowitz. “I wanted to create music that would be accessible to anyone who wanted to sing.” Horowitz writes modern Jewish songs that appeal to a wide range of listeners, who find it easy to sing along with her. She often writes in partnership with Rabbi Baesh, and her music is appropriate for worship services, camps, youth groups, religious ceremonies and Jewish holidays. Horowitz is a unique talent – she’s a singer, songwriter and performer that has the gift of being able to pass her love of music along through teaching.Sue currently works in special education and teaches Jewish music at several local temples in Maine. However, her natural musical talent kept leading her back to songwriting and live performances, which she does to rave reviews. Her music is a joyous celebration, combined with modern arrangements, that speaks to all who hear it.“In The Water” and “Eleven Doors Open” can be purchased on her website and free shipping is provided on all orders. Horowitz performs at a variety of functions and events each year, and those who wish to book a performance can do so by contacting her via the email form on her website.For more information, visit the website at http://www.suehorowitz.com.Original Jewish music by Sue HorowitzSue Horowitz Sue Horowitz Modern Jewish Music P.O. Box 120 York Beach, ME 03910 USA

09-24-2013 | Arts & Culture
Sue Horowitz Modern Jewish Music
Sue Horowitz Releases Third Album Entitled “The Power and The Blessing”
Sue Horowitz is a singer-songwriter of contemporary Jewish music from the rocky coast of Maine. A professional musician since the age of 17, Sue has performed in both secular and spiritual venues. Her warm and engaging style creates a feeling of community wherever she sings. Her musical influences are James Taylor, Joni Mitchell, Pete Seeger, and Carol King. Her debut CD, Eleven Doors Open , was produced by the multi-talented