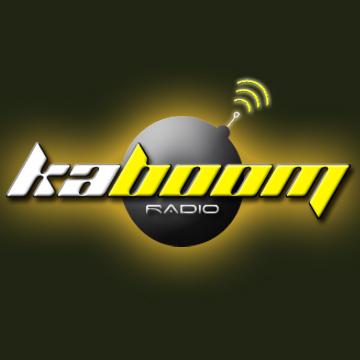 10-07-2010 | Leisure, Entertainment, Miscel …
Kaboom Radio
Kaboom Radio News Confirms Donovan Has Been Nominated for Induction Into 2011 Ro …
Kaboom Radio News has confirmed that Donovan has been nominated for Induction into the 2011 Rock And Roll Hall of Fame. The first British folk troubadour who truly captured the imaginations of early Beatles-era fans on both sides of the Atlantic, Donovan Leitch made the transition from a scruffy blue-jeaned busker into a brocaded hippie traveler on Trans Love Airways. As a folkie on the road with Gypsy Dave, Donovan
10-05-2010 | IT, New Media & Software
Kaboom Radio
Kaboom Radio New Confirms SACEM and YouTube Reach An Agreement
Kaboom Radio News has confirmed that SACEM (société des auteurs, compositeurs et éditeurs de musique), France's largest collecting society representing authors, composers and publishers announced today the first French collection society deal with the video platform YouTube. The license covers the international repertoire managed by SACEM including in particular the anglo-american-repertoire of multinational publishers, as well as other works managed by SACEM present on the platform, from the launch of the
10-03-2010 | Leisure, Entertainment, Miscel …
Kaboom Radio
Kaboom Radio Confirms The Musicians Union Will Announce It's New Position On Pay …
Kaboom Radio News had confirmed that The Musicians' Union (MU) is launching its new position on 'pay to play' at its opening panel at the In the City conference in Manchester on Wednesday 13 October. The MU has always been against pay to play, objecting to bands having to pay to get a gig. However, since the formation of the MU's new Gig Section, which has gathered together artists and local
09-22-2010 | Leisure, Entertainment, Miscel …
Kaboom Radio
Kaboom Radio News Confirms Neil Peart Has Won Presitgious Drummer Of The Year Aw …
Kaboom Radio News has confirmed that Neil Peart, for a fourth straight time, has won “Drummer Of The Year.” It was a very tight race with Peart winning over Travis Barker by just six votes. It’s reasonable to assume that Peart’s lucky number is 6 since he can play in 6/6, 6/8, 6/24 and so on. Over the last three years, Peart’s performance has been somewhat of a controversial subject. It’s

09-18-2012 | Leisure, Entertainment, Miscel …
Miles High Productions
First Ever John Lennon Double Fantasy Bermuda Tribute Charity Concert September …
The Event Featuring Heather Nova, Maxi Priest, and Roy Young, Also is the Multi-Media Launch of The Book and CD ‘Lennon Bermuda’ and a Double Fantasy Sculpture by Bermudian Artist Graham Foster, Commemorates The Ex-Beatle’s 1980 Summer Trip to Bermuda, Which Inspired the Songs of His Landmark ‘Double Fantasy’ Album Hollywood, CA, September 16, 2012 - Thirty two years after John Lennon’s sailing trip to Bermuda sparked the creative renaissance that
05-08-2012 | Arts & Culture
Garrelt Danker Medienproduktion
pre-Beatles THE QUARRYMEN released their GREY ALBUM
The Quarrymen, the band from which the Beatles evolved, have released their "Grey Album". It can be purchased (as mp3) from Amazon.com, Amazon.co.uk (England), Amazon.de (Germany), Amazon.jp (Japan) and iTunes. On the Grey Album the original Quarrymen (Len Garry, Rod Davis, Colin Hanton, John Lowe) are playing, singing and talking. As a special addition it includes Beatles-related quests like May Pang ("Lost Weekend"). Pang was, of course, featured on John Lennon´s
02-23-2011 | Arts & Culture
LiveAuctionTalk.com
John Lennon Immortalized in Photography This Week at LiveAuctionTalk.com
It was the last photograph taken of John Lennon. He and Yoko Ono were lying on the floor together in their apartment overlooking Central Park in New York. A cozy, nurturing photo. Several hours later John was shot and killed on Dec. 8, 1980 by an unbalanced fan. Photographing John was Annie Leibovitz’s first important assignment from Rolling Stone magazine back in 1970. John never
12-02-2010 | Leisure, Entertainment, Miscel …
Edgeware Gallery
DiMaggio. Warhol. John Lennon. Autism Fundraiser at Edgeware Gallery in San Dieg …
Edgeware Gallery will have a unique exhibition for the holiday season "Christmas in New York: Art and Artifacts”. The offbeat show will feature art, photos, artifacts, and collectibles from the 1940's, 50's and 60's including Baseball cards and kitschy Life Magazine ads. 100% of the net profits benefit autism research. First 50 patrons on December 4 receive a free "I Love NY" T shirt. San Diego, CA, December 1, 2010 --
09-16-2010 | Arts & Culture
Red Rocket Artist Management
Village Kid Have Won The Grand Prize In Their Category At The International "Joh …
Village Kid have won the grand prize in their category at the international "John Lennon Songwriting Contest", for their song "Colourful Girl in a Black and White World". Village Kid have won a US$6,000 prize package, including US$5,000 of studio equipment, and are now in the running for the US$20,000 "Song Of The Year" award. The song can be purchased online at whotune. The John Lennon Songwriting Contest was founded in
02-11-2010 | Arts & Culture
Garrelt Danker Medienproduktion
John Lennon´s Quarrymen - Live- and interview film now available as Download
The complete film „The Quarrymen – the Band that started The Beatles“ can now be downloaded to see it on a Computer- or TV-connected Mediaplayer. The film is available either in 4 parts ore complete in one part, in a high resolution MPEG4-format (as a self-extracting zipfile). Approx. size/part 1 GB. Depending on the speed of the individual internet-connection it will take some minutes up to 1 hour to download
Comments about openPR
9 o'clock: discuss press release with client, 10 o'clock: submit release to openPR, within the briefest possible time release is published and displayed in a prominent place on openPR.de. I am thrilled!
Zehra Spindler, Calypso Now! - Communication Agency