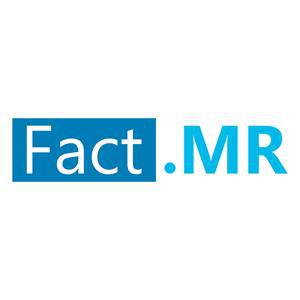 Carotenoids market is likely to witness significant growth in the coming years, with demand surpassing 5 million kg in 2018. Growing demand from customers for natural and clean products made from natural colors and supplements remains a key growth driver for carotenoids market. The prevailing health and wellness trend is also driving adoption of carotenoids among food and beverage processors.The use of beta-carotene and lycopene as colorants in F&B sector continues to grow, according to the study. Beta-carotene is widely used in cheese, spreads, yogurts, soups, sauces, and bakery products, whereas lycopene is gaining increasing demand as a colorant in sauces and soups. Consumer awareness on the benefits of carotenoids for eye health, immune function, and cardiovascular health remains a key growth driver.Although the Fact.MR report is bullish on the prospects of carotenoids market, it opines that the potential applications of carotenoids are yet to be fully explored. This has created significant opportunities for food and beverages companies who are willing to invest and educate customers about various health benefits provided by carotenoids. Request For Sample Report- https://www.factmr.com/connectus/sample?flag=S&rep_id=1196Europe to Hold Pole Position in Carotenoids MarketFact.MR study estimates that Europe will be the most lucrative region for carotenoids market, with the demand exceeding 2 million kg in 2018. Carotenoids have become highly popular among health-conscious consumers in Europe. They also remain one of the most preferred food coloring agents in the region.The adoption of carotenoid-rich food by consumers is also influenced by positive recommendations by research institutes. International Carotenoid Society, Spanish Carotenoid Network, and Eurocaroten in Europe are working towards improving the knowledge about carotenoids and study of carotenoids as functional food ingredients. In terms of the dietary source of carotenoids, carrots have emerged as the major source of beta-carotene in various countries in Europe. Within Europe, there is difference in specific intake of some carotenoids depending on the foods consumed in different countries. For instance, peas are the major source of lutein in the UK and Republic of Ireland, while spinach is the source of lutein in other countries. Browse Full Report on Carotenoids Market with TOC- https://www.factmr.com/report/1196/carotenoids-marketIn addition to Europe, carotenoid demand is also growing at a brisk pace in Asia Pacific Excluding Japan (APEJ). India, China, and Vietnam are expected to see robust growth in feed carotenoids due to rise in meat intake and wide acceptance of new methods of farming. Synthetic Source of Carotenoids to Account for the Higher Market Share Synthetic source of carotenoids is anticipated to witness substantial growth in the coming years, with demand reaching more than 4 million kg in 2018, according to the Fact.MR study. Synthetic source of carotenoids remains the most popular type owing to low cost vis-à-vis natural source of carotenoids. Most of the commonly used carotenoids including cantaxanthin, astaxanthin, and beta-carotene are largely produced by chemical synthesis. Commercial production of carotenoids using microorganisms is competing with synthetic manufacturing of carotenoids using chemical procedure. However, chemical synthesis for production of carotenoids generates substantial waste, which is detrimental for the environment. This has resulted into natural and microbial production of carotenoids, with low production cost. Recent discoveries of health-related benefits of carotenoids is resulting in increasing use of carotenoids as nutraceuticals for pharmaceuticals and cosmetics industry. The Fact.MR report tracks the carotenoids market for the period 2018-2027. As per the report, the carotenoids market is expected to reach CAGR of 5.1% in terms of volume during 2018-2027. To Buy Carotenoids Market Report, Check- https://www.factmr.com/checkout/1196/SFact.MR is a fast-growing market research firm that offers the most comprehensive suite of syndicated and customized market research reports. We believe transformative intelligence can educate and inspire businesses to make smarter decisions. We know the limitations of the one-size-fits-all approach; that's why we publish multi-industry global, regional, and country-specific research reports.Fact.MR 11140 Rockville Pike Suite 400 Rockville, MD 20852 United States Email: sales@factmr.com