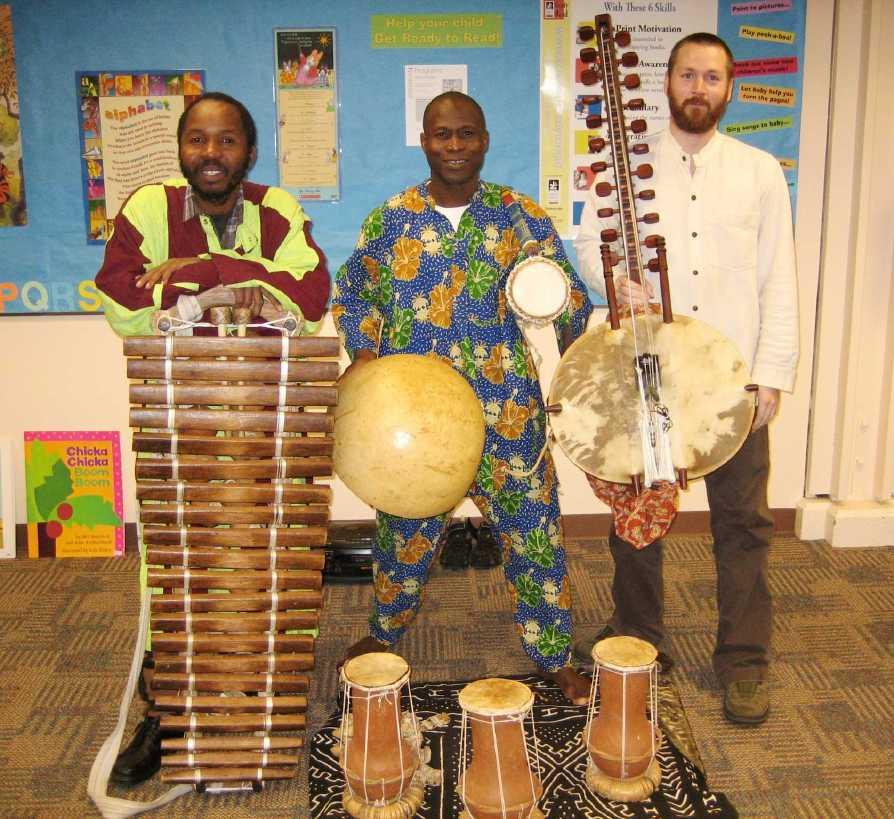 For the third straight year, the World Sacred Music Festival brings a diversity of global sacred music to the South Puget Sound. Olympia's World Sacred Music Festival is a showcase for musicians from across the region, all part of the Pacific Northwest's rich spiritual tapestry. Created by Interfaith Works, this family-friendly global celebration is a rare opportunity to hear the music of different sacred traditions in one location. The 2007 festival features takes place at the Kenneth J. Minnaert Center for the Arts at South Puget Sound Community College, and features music from three distinct spiritual traditions: Shabâvâ is a Persian music ensemble whose members include Nat Hulskamp (oud, flamenco guitar), Bobak Salehi (kamancheh, setar, violin), and a rotating roster of other musicians. Hulskamp has studied with flamenco masters in the US and Morocco, and studied ethnomusicology at the University of Washington, where he played in styles ranging from Hungarian csardas and Gypsy swing to flamenco. Salehi was born in Tehran, Iran, and began playing music at eight years old, under the direction of his father, maestero Hossein Salehi. He also studied violin with other Iranian master artists as well as Western classical violinists.The Gansango Mandinka Trio performs music from West Africa, specifically traditional rhythms from the Mandinka people. The trio's musicians are Etienne Cakpo, drums; Naby Camara, balafon (a West African wooden zylophone); and Kane Mathis, kora (a 21-stringed calabash harp). Mathis performed at the 2005 and 2006 World Sacred Music Festivals to wide acclaim.The Unsanctified Gospel Revival is a collection of phenomenal musicians from varied backgrounds, who have joined to bring rockin’ gospel music to sacred and secular audiences alike. Led by dobro/steel guitar player Dan Tyack and featuring regional favorite Orville Johnson, the group’s only requirement for enjoyment is the willingness to get funky with the Holy Ghost.The full schedule, directions, music samples, and up-to-date details can be found at the festival website: www.olysacredmusic.org.Interfaith Works (IW) is a non-profit association of faith communities and individuals of diverse faith traditions. We have a long-standing history of bringing the human and financial resources of our faith communities together with business and government agencies for the benefit of those in need. We strive to participate in endeavours which are relevant to the times in which we live, while maintaining our identities as people of faith.Kathy Erlandson, Interfaith Works Executive Director Phone: 360-357-7224 (office hours M-F 9 a.m. to 1 p.m.) Email: InterfaithWorks@aol.com or Write: P.O. Box 1221 Olympia, WA 98507 USA