Why Ambergris Caye in Belize is a Top Retirement Location 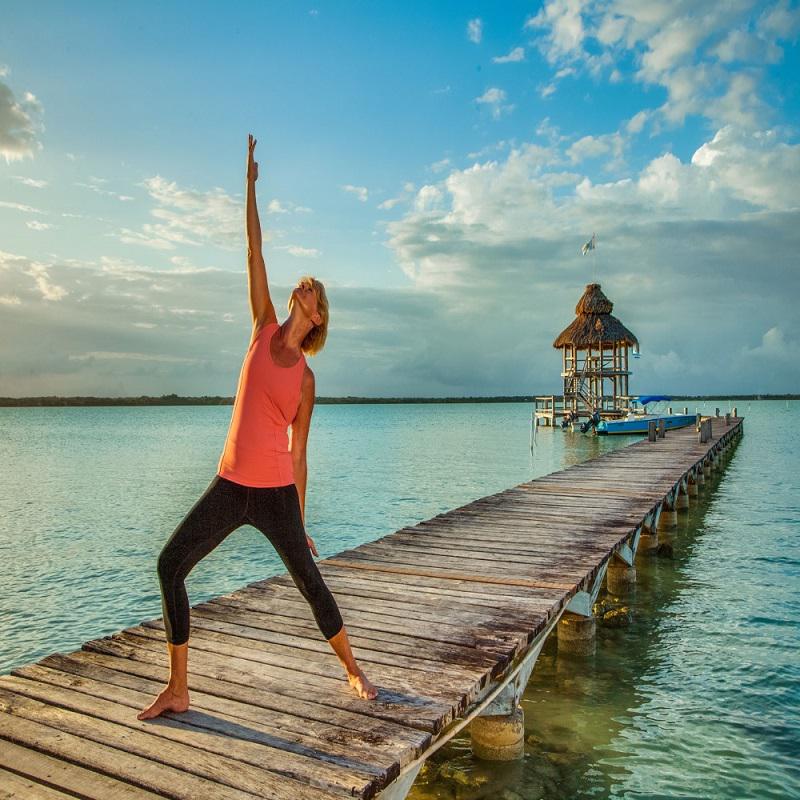 The small Caribbean island of Ambergris Caye is well known as a top tourism destination in Belize. However, many people are surprised to learn that it is also one of the top places to retire. Surrounded by blue water and an amazing barrier reef, it is easy to see why people would gravitate toward the island.

Explore some of the many reasons why Ambergris Caye, Belize, is a top draw for retirees.

No Language Barrier
There are plenty of retirees who like the idea of moving overseas, but who don’t want to spend time learning a brand-new language. For many countries in Central America, you simply can’t get by without the ability to read and write in Spanish. Without a second language under your belt, it can be difficult to fill out paperwork, go grocery shopping, or navigate public transportation. In Ambergris Caye, however, you won’t have trouble with any of these tasks.

Belize is an English-speaking country. Government operations are completed in English, and you’ll find English on everything from food labels to airport signs. This makes this jurisdiction a lot easier to navigate, and it comes as a relief to many prospective retirees.

To top it off, Ambergris Caye is an expat melting pot. In addition to locals who call the island home, individuals from around the world have gravitated to Ambergris Caye. English is the common language, so as long as you can speak English, you’ll have no trouble making friends, getting around, or being understood anywhere on the island.

Best of Central American and Western Cultures
There are many different reasons to retire in a new country. Sometimes, retirees are eager to experience a new culture. In other cases, retirees want to preserve their way of life as much as possible but keep costs low. On Ambergris Caye, it is possible to have the best of both worlds.

On one hand, residents on Ambergris Caye can be close to all the vibrant culture that Belize has to offer. Whether you want to listen to live music, dig into the fresh and tasty local cuisine, or sightsee some of the incredible historical sites in the region, it is all right on your doorstep.

At the same time, residents won’t miss out on the Western amenities they are accustomed to. On Ambergris Caye, you can still have reliable internet access, air conditioning on those hot summer days, and grocery stores that sell your favorite foods from back home. Best of all, you can experience all of these conveniences and more at a much lower cost than other parts of the world such as the United States or Canada.

Relaxed Atmosphere for Retirees
As you approach retirement, you might be looking forward to slowing down the pace of life. Without work deadlines or office hours, you can spend more time pursuing the things you love.

Ambergris Caye is one of the best places in the entire world to embrace a slower pace of life. For one thing, you don’t even need a car on the island! You can easily get around by walking, riding a bicycle, or driving your own golf cart. It might take a while to adjust to this kind of lifestyle, but almost everyone falls in love with the atmosphere. Best of all, you’ll have time to pursue the things you truly enjoy, whether that’s golfing, walking on the beach, fishing, or participating in any of a multitude of available water sports.

Access to Amenities
One of the worries that prospective retirees have is whether they will have access to all the amenities they’re used to. On Ambergris Caye, there is nothing to worry about.

To start, retirees have access to excellent medical care. Best of all, that medical care is often far cheaper than it would be in the United States. There are local doctors on the island as well as major hospitals in Belize which are easily accessible from Ambergris Caye.

Residents of Ambergris Caye have access to great restaurants and bars, fitness facilities, grocery stores, shopping, and more. There are also banks and ATMs to handle your financial needs while on the island. Expats have no shortage of amenities on the island.

Lower Cost of Living
If you polled the current retirees living on Ambergris Caye, they would provide you with a multitude of reasons for making the decision to retire on this piece of paradise. For many, it’s all about the incredible warm climate and the beautiful beach that can be just steps from your home. For some, it is the chance to experience a new culture and step away from the hustle and bustle of everyday life. For many, however, the biggest appeal of Ambergris Caye is the affordability.

Stable Economy and Government
A lower cost of living and a beachfront destination is certainly appealing, but Ambergris Caye stands out because it is also a stable place to reside. Belize is a stable democracy, and there is a big emphasis on keeping it that way. You won’t have to worry about a coup as many do in other countries.

The legal system is based on British common law, which is easy to understand and interpret. From an economic standpoint, stability also reigns. The local currency, the Belizean Dollar, is tied to the U.S. Dollar. This makes currency conversions a breeze, and it also ensures that the local currency won’t fluctuate wildly while you’re there. It’s a good place to put down roots and settle in for retirement.

Financial Programs Specific to Retirees
There are several spots around the world with an unbelievable climate and a low cost of living, but that have restrictions in place for foreign retirees. Belize has taken the opposite approach by welcoming retirees from around the world through certain programs advantageous to this demographic.

One example is the Qualified Retirement Program (QRP). As long as you or your spouse is over the age of 45, then you’ll qualify to participate in the QRP. This grants you the right to pay reduced taxes and live legally on Ambergris Caye. The application process is straightforward and makes planning for retirement a breeze.

While Ambergris Caye stands out as an unforgettable place to vacation, it can also be an amazing place to retire. From the climate to the low cost of living, there is certainly a lot to love about the island.

If you’re ready to make the move to Belize, the experts at Caye can help you get started. They will guide you through the process of setting up the appropriate bank accounts which will help your transition to retirement on Ambergris Caye.

09-06-2019 | Business, Economy, Finances, B …
Caye International Bank
Thinking of Retiring to Belize? Keep These 7 Budgeting Tips in Mind
If you’re wondering if Belize is the ideal setting for your retirement years, don’t feel alone. There are many ex-pats who find that the climate, the cost of living, and the eclectic mix of cultures is to their tastes. How do you know if this is the right choice for you? The only way to know for sure is to learn more about what to expect in terms of the general
07-26-2019 | Business, Economy, Finances, B …
Caye International Bank
Do You Think Offshore Banking is Only for the Wealthy? Think Again!
With the mention of offshore banking, some have visions of mansions, traveling by private jet, and being driven around town in a limousine. That’s because some people assume that having offshore financial accounts requires having lots of money or because they’ve watched too many James Bond movies. In reality, you don’t have to be rich in order to establish an offshore account. People in many different lines of work have offshore
07-10-2019 | Business, Economy, Finances, B …
Caye International Bank
Learn more about San Pedro – the true Isla Bonita
As the largest Belize island, Ambergris Caye is 25 miles long and filled with a plethora of lagoons, sandy beaches, and reefs to explore. Its major settlement is San Pedro Town, which has the highest concentration of accommodations and activities in the country. Vacationers and retirees alike flock to the island because of its natural beauty and to experience a sophisticated lifestyle at an affordable cost. You, too, can enjoy the
06-18-2019 | Business, Economy, Finances, B …
Caye International Bank
Find out about the seven trends in offshore banking
For many individuals and businesses, offshore banking is the ideal way to diversify assets and protect wealth. Whether you’re safeguarding assets for future generations, saving for retirement, or starting an international business, offshore banking can be the right choice. Offshore banking varies from one jurisdiction to the next, and not all services are right for everyone. Staying ahead of trends in offshore banking can help you decide what is right for