The Toy Shop with a Twist 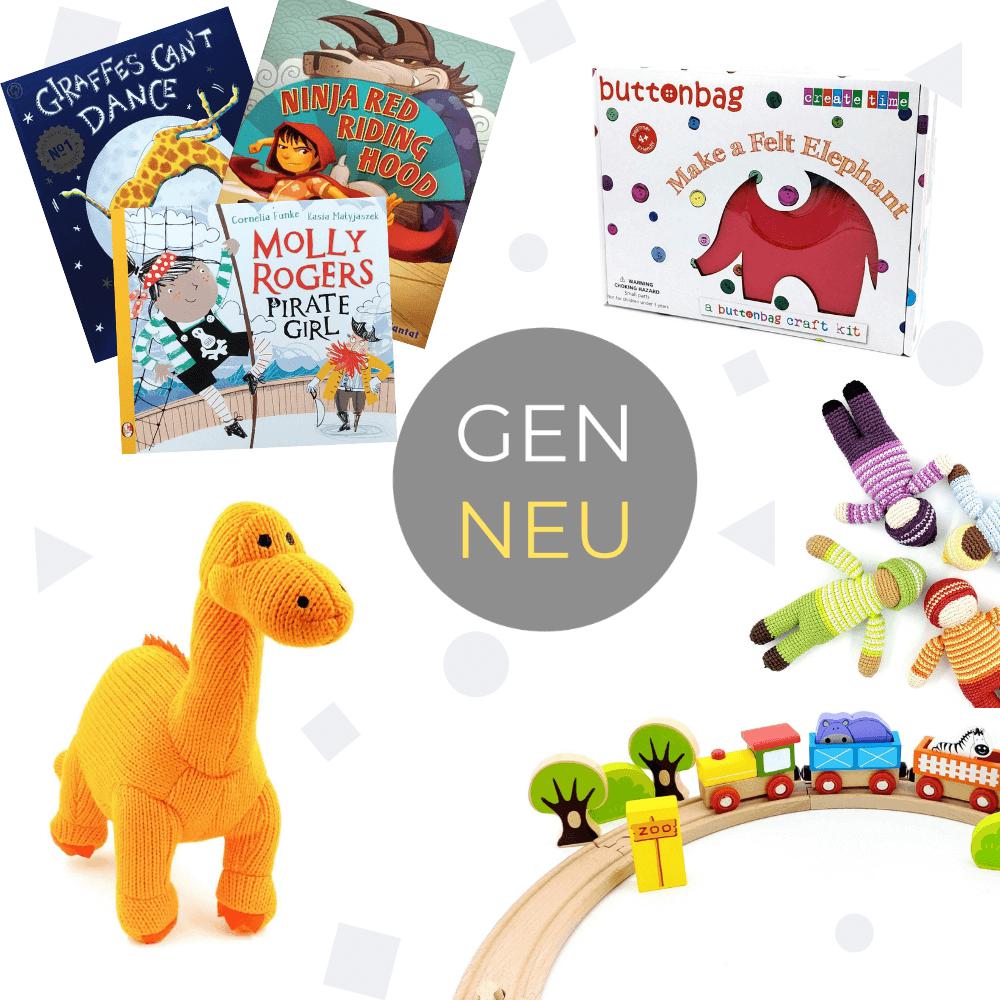 The UK?s first gender neutral toy and book store has a different take on Christmas presents

Look in any toy shop and you’ll see stacks of pink, glittery unicorns on one side and blue action toys on the other. While ‘Boys’ and ‘Girls’ section signs are going out of fashion thanks to parent pressure group Let Toys Be Toys, colours still send a message to parents and kids alike about which toys are for girls or boys. It’s not just toys: in children’s books, characters are twice as likely to be male. One study even found that a quarter of kids’ books had no female characters and less than 20% featured a woman with a job. Frustrated with how hard it was to find non-pink/blue baby presents for friends, Roanna and Chris set up GenNeu, the UK’s first gender neutral toy and book store. “Several of our friends had babies recently, and when we went to visit them there’d be this sea of pink cards, balloons, and presents if it was a girl or blue for a boy. “We were shocked just how hard it was to find a present that wasn’t all about little princesses or mini macho men, so we decided to source our own and set up GenNeu” says Co-Founder Roanna. For their very modern store, ironically the small team found they had to go back to more traditional toys to find neutral colours and packaging, sourcing many of their wooden toys from Germany.Alongside classics such as wooden pull-along dogs, they stock everything from STEM kits to crochet cuddly dinosaurs, as well as handmade new baby cards that aren’t pink and blue. Head to the book section and instead of damsels in distress you’ll find modern twists on classic tales, such as How the Library Not the Prince Saved Rapunzel alongside Ninja Red Riding Hood. While those against a gender neutral approach to parenting claim pink for girls, blue for boys is the way it’s always been, it’s actually a much more recent marketing strategy. In the Victorian era, babies were dressed in white gowns. At the turn of the twentieth century, blue was often a ‘girls’ colour’ because of its association with the Virgin Mary whilst pink was more boyish as it was a diluted version of red, according to fashion historian Jo B Paoletti.Even as recently as the late 70s, the pink and blue obsession hadn’t yet appeared. Looking at the 1976 Argos catalogue, primary colours dominate the toy pages: red bikes, yellow typewriters, multi-coloured Lego — no sign of today’s twee pink and purple ‘Lego Friends’ range in the 1970s.“For us, gender neutral doesn’t mean denying gender exists, it means not reducing gender to a set of stereotypes or a particular colour. It means giving little ones enough of a blank canvas to discover who they are and what they like”, says Chris.GenNeu was founded in October 2017 and launched in March 2018 It’s the only shop in the the UK dedicated to selling both gender neutral toys and books that break stereotypes. The store stocks wooden toys, soft toys, books, and homemade cards. All prices include deliveryGenNeu was awarded the Toy Mark from Let Toys Be Toys this summerGenNeu Ltd Kemp House, 160 City Road, London, EC1V 2NX All press enquiries to chris@genneu.co.uk