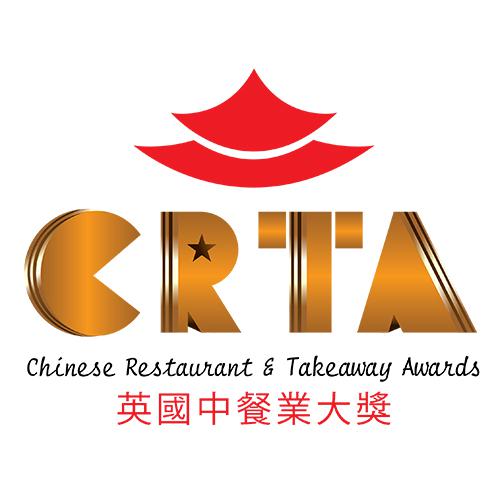 Public call to nominate their favourite local Chinese eateries for pioneering award ceremony. The launch event activated a rigorous selection process led by the UK public, as Chinese Restaurant & Takeaway Awards (CRTA) will honour the best service staff; their unprecedented artistry and culinary skills; and the environments they create for diners and lovers of the nation’s favourite Chinese food– in restaurants up and down the country, as selected by the diners themselves.Strategic Partner ChefOnline and supported by Cobra and Singha Beer, the concept of CRTA and its journey begins and ends on a customer level. Galvanised by the technological platform at their disposal alongside a clientele base of over 250,000 active customers, the dedicated frequenters on the streets of Britain are now invited to put forward their favourite Chinese restaurant & takeaway. The process of nomination via online applications and websites will create an authentic list of the nation’s most cherished Chinese eateries, based on the opinions of local residents from 15 regions across the UK and Ireland. Following the nominations launch, CRTA will categories nominated restaurants across 15, distinct regions in the UK and Ireland in order to distinguish the Top 10 Chinese restaurant and takeaways in each region – from Edinburgh to Southampton, from Belfast to Cambridge, and everywhere in between. A formal assessment will then be conducted to determine the leading culinary establishments based on criteria such as quality of service; quality of product; value for money; social media reviews and food hygiene ratings in tandem with the number of nominations provided by the public. Following the completion of nominations, the Top 3 finalist restaurant and takeaways from each area will be invited to the Grand Finale ceremony at Hilton Hotel - Heathrow Terminal 5. The prestigious occasion on 23rd December 2018 will witness the presentation of 15 Regional Prizes and the Champion of Champions Award in honor of the most outstanding Chinese restaurant and takeaways in the UK.CRTA Ambassador Jason Li, Assistant Director of Sales, Asia said, “It is our maiden journey and we are hopeful that, with everyone’s help and support, we can really engage the industry, truly recognising the people that work hard day and night, seven days a week, 365 days a year. Cobra and Singha Beer, National Account Manager, Jenny Guo said, "Chinese Restaurant & Takeaway Awards is a movement in the Chinese hospitality sector. It is an official award that recognises, promotes and celebrates the immense importance and popularity of the Chinese catering industry in the UK, as determined by its consumers.About Chinese Restaurant & Takeaway Awards 2018 In the quest, CRTA will engage with hundreds of customers and thousands of restaurants via technology partner and a national marketing campaign, giving the public a voice to nominate their favourite Chinese restaurant and takeaways, when they share the consumer experience across the marketplace.After the nomination stage, we evaluate the nominated business via the CRTA score that includes Social Media Reviews, Google Reviews and Hygiene Rating. From this rigorous procedure will emerge the Top 3 finalist Chinese restaurant and takeaways in 15 different distinctive regions across England, Scotland, Wales and Northern Ireland. These chosen businesses shall gather in a grand finale event at the Chinese Restaurant & Takeaway Awards ceremony.CRTA epitomises the imagination and passion of the UK catering industry while embodying a celebratory approach to its achievements.218A, Brick Lane, London E16SA

09-07-2017 | Advertising, Media Consulting, …
MarketResearchReports.biz
Chinese Influence on Global Infrastructure
"The Latest Research Report Chinese Influence on Global Infrastructure provides information on pricing, market analysis, shares, forecast, and company profiles for key industry participants. - MarketResearchReports.biz" About Chinese Influence Market This report outlines and analyzes all infrastructure projects around the world in which Chinese companies including owners, financers, and contractors are involved. Summary Throughout the 21st century, China has been a world leader in expanding its infrastructure base, creating the worlds largest high-speed rail
09-06-2012 | Business, Economy, Finances, B …
Chance & Bridge Partners
Chinese Investors Look Abroad
Beijing, China July 30, 2012 – An Outbound Investment Seminar hosted by Chance & Bridge Partners drew a large audience of investors, Chinese SMEs, and international partner law firms. Many Chinese investors and companies are looking to diversify their holdings and enter new markets. This has led to an increase in cross-border investment, banking, consulting, and legal services for the Chinese clients. Many of these areas were addressed during the
01-14-2011 | IT, New Media & Software
Host1Plus
Host1Plus enters Chinese market
London, United Kingdom, January 14, 2011 - Host1Plus, a London based international hosting company has started its operations in Chinese market. The services will be managed from Singapore. Host1Plus has contracted with one of the best data centers in Singapore. This deal allows Host1Plus providing the locally bases services in main language of China. The Chinese support will operate 24/7. The Chinese version of the website is http://cn.host1plus.com in Chinese Simplified
04-27-2010 | Energy & Environment
MWM GmbH
MWM ‒ Chinese Web Site Online
Mannheim, April 26, 2010 In mid-April, a new Web site of MWM GmbH in Chinese went live. However, the new domain with the Internet address mwm.cn is not merely a Chinese translation of the corporate Web site mwm.net. In addition to general information about the Mannheim-based company, the site also features special content elements for the Chinese market. The site contents are also available in English. MWM, a tradition-rich company established
07-13-2009 | Arts & Culture
Yingru.com
About Chinese Calligraphy
Derived from the Greek words for "beauty" and "writing", calligraphy is a very old art. Usually the necessary tools for writing calligraphy are paper, quill and ink. Chinese Calligraphy is based on Chinese characters that are handwritten on paper as well as bones and plates of clay or stone using a brush or a knife (seal carving). In the broader sense calligraphy is a play of brush strokes both, in the
10-07-2008 | Business, Economy, Finances, B …
Questrade Inc.
Questrade launches Chinese outreach initiative
Toronto, ON (October 8th, 2008) – Questrade Inc. today announced a new initiative for the Chinese-speaking community. This includes: the Questrade corporate website in traditional and simplified Chinese. The site includes pricing and rates, trading platforms, investment products and services, security and privacy, and contact information. Also available is Questrade’s live help tool, which allows clients to chat instantly online with client services representatives in simplified and traditional Chinese. Edward
Comments about openPR
9 o'clock: discuss press release with client, 10 o'clock: submit release to openPR, within the briefest possible time release is published and displayed in a prominent place on openPR.de. I am thrilled!
Zehra Spindler, Calypso Now! - Communication Agency