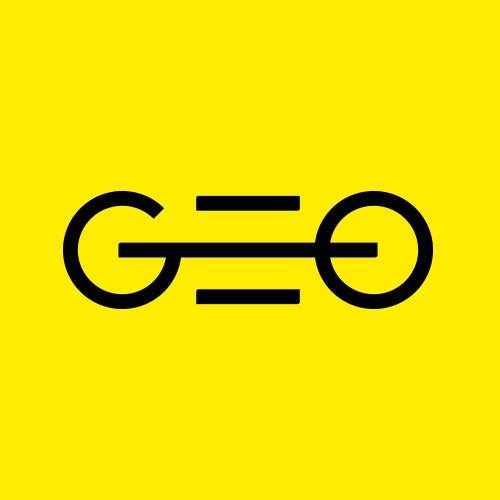 GEO Protocol, a decentralized p2p network, allows creating various assets and exchanging them via fast off-chain transactions. It connects different ledgers while making inter-blockchain value exchange as simple and cost-effective as sending information over the Internet.Current challenges: compatibility, slow processing, high fees.Today’s public decentralized solutions are not ready to enter the general global mass market due to the inability of using different asset types. Most of these proposed solutions have no advantages over the existing financial system because ledgers are more suitable for storing assets than for their convenient exchange and microtransactions. Blockchain teams focus on modernizing their own technologies that are not interoperable with other ledgers. Due to a high cost of integration, just a few payment service providers cooperate with each other. Fees are charged for transactions, and the transaction speed is extremely low. On top of that, the immature industry struggles with monopolization of the payment processing market, lack of open-source technologies, friction in cross-border payments and other bureaucratic restrictions. Making network flexible and customizableGEO Protocol embraces an approach which is completely different from those taken by already existing projects like Ripple or Lightning Network. The main distinctive features are its unique method of transactions executing, an absence of a common ledger and consequently sharing information throughout a network. That is not a mere blockchain system, but a network that may function, connecting existing and future ledgers while existing independently of them.The Protocol enables combining various types of relationships, selectively trusted or trustless, offering a flexible and scalable network. It uses inner economic incentive systems for solving complicated technical questions, preventing fraud and attacks inside the network. Node = ordinary smartphoneGEO is an off-chain protocol where data is distributed over the network, and is stored by the nodes between which the channels are installed. The consensus is reached locally only between the parties that are directly involved in the operation. This approach allows to reach high throughput, as well as accessibility for less powerful devices, be it even an ordinary smartphone.The main idea is not to attach to one blockchain, but to allow users to have multiple channels between two nodes in different assets. This type of channels is called “composite channels”. That’s a combination of state channels and trustlines that allows building a more flexible infrastructure, as well as the integration of the existing ones. Advantages of GEO Protocol are:- almost instantaneous consensus limited only by the speed of data transfer on the Internet; - secure data transfer using post-quantum cryptography without imposing additional - restrictions on users; - transactions without network fees; - high availability of the system; - multi-currency and multi-asset; - possibility to create and exchange equivalents of physical assets in the network.“Our purpose is to build a multi-equivalent protocol based on availability, productivity and multi-equivalence to make value exchange as simple as sending email,” Max Demyan, GEO Protocol Founder and CEO says.Decentralized p2p protocol for value exchange. Our Protocol can both serve as a highly efficient trust-less payment network layer for existing blockchain systems, and facilitate payments in fiat and other non-blockchain-based units of exchange through a network of distributed trust.GEO protocol is a technology for highly efficient decentralized processing of peer-to-peer payments in a distributed network of nodes that does not depend on a common ledger or consensus process.GEO Protocol https://geoprotocol.io KYIV, UKRAINE 26 Metalistiv St +38 095 53 72 031 Press Contact: Daria, dv@geoprotocol.io

10-01-2018 | Logistics & Transport
Philadelphia Scientific
The Internet of Things
Everything is smart these days; smart phones, smart cars and smart appliances, and these devices are becoming commonplace. Just look around your own home! They’re examples of smart technologies and come under the term ‘the Internet of Things’. This refers to the network of items that are interconnected and exchange data which is useful in all parts of life. The IoT also offers a lot of benefits to businesses, helping
04-25-2012 | Business, Economy, Finances, B …
Almuth Hauptmann-Gurski
Pirates on the internet
Adelaide, South Australia - 24th April 2012 - Internet piracy causes author Ally Hauptmann-Gurski to tear out her hair. The German-Australian novelist published her historical novel about Russian Gypsy singer Nadezhda Plevitskaya on amazon.com but promply found unauthorised offerings in digital formats on a site in Dubai. The illegal offer even had a nice blurb, saying the New York Times highly praised the novel 'La Plevitskaya'. 'The text read well
09-29-2011 | IT, New Media & Software
ipoque
ipoque Launches Internet Observatory
Comprehensive live Internet statistics show worldwide traffic patterns in real-time Leipzig, 28 September 2011 – ipoque, the leading European provider of Internet traffic management solutions, today announced the launch of its Internet Observatory – the Internet’s new spot for real-time Internet traffic statistics from all over the world. Internet Observatory is the successor of ipoque’s Internet Studies, which have been a reliable source for traffic information ever since they were
03-09-2011 | Business, Economy, Finances, B …
WSI Corporate
WSI Internet Franchise
-WSI Salutes All Veterans and Believes in Investing in America- Toronto, Ontario, March 4, 2011… Since beginning The Investing in America campaign in August 2010, WSI continues to be presenting US-based military veterans the opportunity to choose a WSI marketing business for a substantially discounted charge with the mandate that they “pay it forward” by giving back to their hometown communities through numerous charitable performances. As a result of this
02-20-2006 | IT, New Media & Software
Internet Optimizer
Internet Search Engine Optimizer
Top 10 Search Engine Optimizer is a proven tool that helps you to get top 10 rankings in Google, Yahoo and all other major search engines. How to optimize your website for Google: How to achieve that ranking and how you must change your web pages to obtain a similar ranking. Why you need to analyzes the top 10 ranked web pages for your keyword on the search engine of your
01-13-2006 | Advertising, Media Consulting, …
Hansen Connection
Internet Marketing Tool Success
Affiliate Guru, Russell Brunson, has developed a new marketing tool to help build his Affiliate Empire. In the world of Internet Affiliates, Russell Brunson is a name that stands out in the crowd. Russell just graduated from college this past spring, but he was already making a very good income from internet affiliate programs before graduation. Russell has also been very successful with his internet marketing.
Comments about openPR
Your portal is fast, simple, and easy to use. Others may have more functions but they also demand more editing time, you have to preformat the text in order to achieve a good result etc. I think openPR is really fantastic!
Andreas Knepper, wallmedien AG