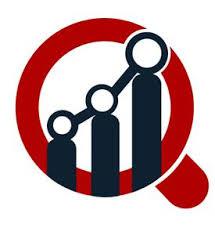 Automotive Windshield Market Analysis From 2018 To 2023. Automotive Windshield Market By Position (Front and Rear), By Glass Type (Tempered and Laminated), by Vehicle Type (Passenger Cars and Light Commercial Vehicles and Heavy Commercial Vehicles), By End Market (OEMs and Aftermarket) and By Region - Forecast To 2023.Get Sample Copy of Automotive Windshield Market Report - Global Forecast to 2023 at: https://www.marketresearchfuture.com/sample_request/4956Global Automotive Windshield Market Highlights:The global automotive windshield market is poised to be at USD 14,270 million by 2023 at an estimated CAGR of 7.4% through the forecast period. This is due to several driving trends such as growing demand of passenger vehicles, growing urban population, increasing environment concerns, and rising disposable income of middle class population. The market has largely been benefiting from the changing paradigms in government regulations and end-users perspective towards enhanced safety in automobiles. In spite of a turbulence caused by the global economic slowdown of 2008, the automotive market gained back the pre-crisis annual growth rate in 2014.For this study, the global automotive windshield market has been divided on the basis of position, glass type, vehicle type, end market, and regions. On the basis of position, the market has been segmented into front and rear. Among the positions, front placement has accounted the largest market share, in 2016.On the basis of glass type, the market has been segmented as tempered and laminated. Among the glass type, tempered glass has accounted the largest market share in 2016. Over the years, it has been analyzed that the demand for tempered glass has shot up due to its superior properties. Tempered glass tends to be safer than other available substitutes. On the basis of vehicle type, the market has been segmented as passenger cars, light commercial vehicles and heavy commercial vehicles. Where, the passenger car is expected to lead the market followed by light commercial vehicles and heavy commercial vehicles. On the basis of end market, the market has been segmented as OEMs and aftermarket. Where, the OEM is expected to lead the market during the forecast period. Geographically, the global automotive windshield market by region has been segmented into North America, Europe, Asia Pacific and Rest of the world. This market has seen substantial growth over the past few years and it has been experienced that the market will remain on the same growth level until the end of the forecast period. Among the regions covered, Asia Pacific has accounted the largest market for automotive windshield market followed by North America.The prominent players in the automotive windshield market are Asahi Glass (Japan), Saint-Gobain (France), Xinyi Glass (China), Fuyao Glass Industry (China), Nippon Sheet Glass (Japan), Vitro (Mexico), Dura Automotive (U.S.), Sisecam Group (Turkey), Magna International (Canada), Guardian Industries (U.S.), PPG Industries (U.S.), Shenzhen Benson Automobile (China) and others.For more information on this Automotive Windshield Market – Global Market Report @ https://www.marketresearchfuture.com/reports/automotive-windshield-market-4956About Market Research Future:At Market Research Future (MRFR), we enable our customers to unravel the complexity of various industries through our Cooked Research Report (CRR), Half-Cooked Research Reports (HCRR), Raw Research Reports (3R), Continuous-Feed Research (CFR), and Market Research & Consulting Services.Contact Info:Market Research FutureOffice No. 528,Amanora Chambers Magarpatta Road,Pune, India.,sales@marketresearchfuture.comPhone: +1 646 845 9312