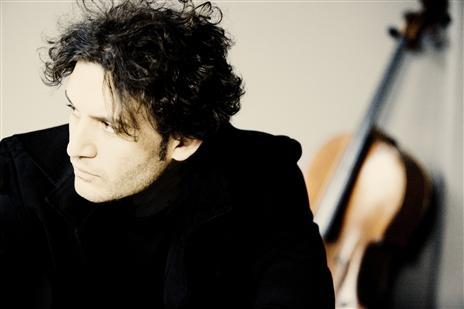 The same month sees the release of the cellist´s new disc with Genuin ClassicsHannover, 2 August, 2010. Nicolas Altstaedt, „Credit Suisse Young Artist 2010“, performs with the Vienna Philharmonics on 17th September for the first time. He plays Schumann´s Cello Concerto in A minor at the Lucerne Festival under the direction of Gustavo Dudamel. The renowned „Credit Suisse Young Artist Award“ is an initiative of the Lucerne Festival, the Vienna Philharmonics, the “Gesellschaft der Musikfreunde Wien” as well as the Credit Suisse Foundation. The concert is part of the award, which is given to an outstanding young artist once every two years. On the 24th August, Nicolas Altstaedt makes his Lucerne Festival debut together with the Argentinean pianist José Gallardo.Altstaedt´s new CD for Genuin Classics is available from 24th September in the UK. The repertoire contains the first ever recording of „Five Romances” for violoncello and piano by the German composer Wilhelm Killmayer (*1927) next to his „Eight Bagatelles” for violoncello and piano, as well as Schumann´s „Three Romances op. 94“ and „Fünf Stücke im Volkston” for violoncello and piano op. 102“. Nicolas Altstaedt was accompanied by José Gallardo, piano. In 2009, Altstaedt gained considerable attention with his recording of Haydn´s cello concertos in C major Hob. VIIb: 1 and in D major Hob. VIIb: 2 (Genuin Classics), which the “Frankfurter Allgemeine Zeitung” called a “sensational new Haydn recording”. Altstaedt gained further success last year with his CD of Schumann´s Cello Concerto, Tchaikovsky’s Rokoko variations and the Cello Concerto by Friedrich Gulda (Claves). In January 2010, Naxos released Cello Sonatas by Gabriel Pierné, Vincent d´Indy and Nadia Boulanger.Nicolas Altstaedt, son of German-French parents, was one of the last students of Boris Pergamenschikow. A winner of several prizes, he won the Borletti-Buitoni-Trust Fellowship in 2009. On 4 October 2010, Altstaedt is awarded the Young Musicians Award of the “Kulturstiftung Dortmund”Nicolas Altstaedt regularly performs at renowned festivals such as the Kammermusikfest Lockenhaus with Gidon Kremer, the Rheingau Musik Festival, the Ludwigsburger Schlossfestspiele and the Jerusalem Chamber Music Festival. For a duration of three years, Altstaedt was chosen as member of the Chamber Music Society of New York´s Lincoln Center to take part in concerts and tours from 2009 until 2012. He made his debuts at the Salzburger Festspiele in 2008 and at the Salzburger Mozartwoche in 2010.For further information: www.nicolasaltstaedt.com www.credit-suisse.com/citizenship/de/jubilee_fund.jspKonzertdirektion Schmid is one of Europe’s leading music managements, with offices in Hannover and London. Owner-operated since 1959, KDS offers its versatile service for artists, orchestras, concert presenters and the wider audience, through developing artists' careers, tours, concert series and integrated PR campaigns, on an international basis. In all we do, we believe in trust and excellence.Konzertdirektion Schmid, PR Department Königstr. 36, D - 30175 Hannover Tel.: +49(0)511-366 07-59 /-56 Fax: +49(0)511-366 07-34 astrid.brauer@kdschmid.de www.kdschmid.de

06-16-2010 | Arts & Culture
Konzertdirektion Schmid
John Storgårds steps in for Mariss Jansons with the Bavarian Radio Symphony Orc …
Hannover, 15 June 2010. John Storgårds, Chief Conductor of the Helsinki Philharmonic Orchestra, makes his debut with the Bavarian Radio Symphony Orchestra on 24th June, stepping in for an indisposed Mariss Jansons. On the programme in Munich´s Herkulessaal is Schumann´s “Spring Symphony“, Stravinsky´s Violin Concerto D major op. 61, with soloist Gil Shaham, and de Falla´s ”The Three-Cornered Hat“. The concert is repeated on 25th June and will be broadcast
Comments about openPR
OpenPR ist the nicest and most clearly laid out PR platform I have seen to this day. The press releases are displayed very nicely and clearly and without any unnecessary frills. The updates are fast and the finished release looks appealing and is clearly legible. Even with 16 years of experience one discovers new things from time to time. Congratulations!
Gabriele Ketterl, Director Marketing & PR, Menads