Clovis High and Fresno St grad, Johnny Soto, going back to school in "Douglass U" 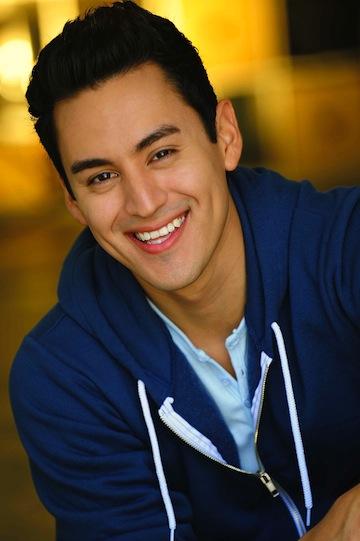 Fresno, CA (June 2010) – Fresno State and Clovis High School alumni, Johnny Soto, has joined the cast of "Douglass U', a comedy film about a young man's unexpected freshman experience at one of the country's (fictitious) premiere Historically Black Colleges and Universities (HBCUs).Soto received a BFA in Theater from California State University, Fresno in 2006. He has appeared in several feature films, including "Ocean's 13", and television shows such as "Zoey 101" and "Numb3rs". Additional credits include co-starring opposite of Lamman Rucker (“Tyler Perry’s Why Did I Get Married Too” and “Meet the Browns”) in a 2009 release, and “SHOWBOYS”, a short film that Soto wrote, directed and starred in. He also appeared in a national television commercial for Nike Air Jordan's, and appeared as "Raul Castro" in The History Channel's production of "CheGuevara:Biography". In 2006 he won "Best Male Actor" at the IMTA (International Modeling and Talent Association) competition."Douglass U", which will begin principal photography on July 31st in Los Angeles, was written by the film's star, actor / producer / writer, Hari Williams ("Studio", "My Letter to Hip Hop"). In this urban comedy, we see a portion of the freshman year journey of an African American kid ("Aaron" played by Williams) as he transitions from an all white high school to a HBCU. Through it all, he finds that he has the support of his three compadres, "Darryl" (played by Ashford J. Thomas - "Prince Among Slaves"), "Kwazi" (played by Catfish Jean - "Out of Time", "Bad Boys 2"), and Soto's character, "Rafael".When asked about his latest project, Soto responded, "I have worked with both the film's writer/star and one of the producers before, and both are committed to a good funny, quality film. To come off the festival run for "SHOWBOYS" and right into this project is pretty exciting.""Douglass U" is being produced by I Will Make You A Star Productions, LLC and Thought Collective Productions. Williams, Charles Belk and Wiley B. Oscar will serves the film's producers.Soto is the son of Fresno residents, John and Janie Soto.Visit http:www.douglassu.com for more information.@2010 Charles Belk EntertainmentAbout Company:I Will Make You A Star Productions, LLC specializes in video, film and web production services for projects on a tight budget. Pre-production services include script development, product placement and product integration, script evaluation and script writing, location scouting, casting, permits, licensing and clearances. Production services includes crew, lighting, sound and video equipment. Post-Production services include editing, sound design, sound mixing and custom musical composition, animation, motion graphics, and special effects.ExtraOrdinary Branding PO Box 93191 Los Angeles, CA Attn: Margarett Merriweather (mmerriweather @charlesbelk.com@2010 Charles Belk Entertainment

You can edit or delete your press release Clovis High and Fresno St grad, Johnny Soto, going back to school in "Douglass U" here