A Great Comeback of Sukam in the Solar Industry 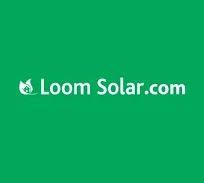 Basic necessity are the most vital things one desires for in a daily life such as adequate water supply, plenty of fresh air, continuous electricity running in the home. Although several people get insufficient things to reside in. Many deals with inadequate water supply and electricity in their routine and draw-back like power-cut, low supply which mess up a jovial life. But there is always a solution to every problem. An enterprise which takes responsibility to overcome most of the problems faced by people in their monotonous routine work. The venture have such technology that supply efficient power solutions to the customers. Under the brand Sukam, the venture sells their solar products such as efficient inverters, solar batteries of different volts for charging, power guard an intelligent power stabilizer, generators, battery equalizers, solar grid tie inverters, home ups fabricated with the latest technologies. ABOUT THE SUKAM: Sukam power systems are a private Indian venture that provide solution to every power related problem by the use of their products. Hence, the company sells their products for both domestic work as well as industrial purposes. Sukam have spread its arm across all over the globe and sell their products in different countries too as the whole world now urge to use solar facility therefore the solar industry is booming and the demand of solar products thus increasing. Founded in 1998 by Kunwar Sachdeva as a small cable TV enterprise the founder once said he got frustrated by the frequent power-cuts so he himself designed an inverter but failed after long investment and efforts a successful venture was established as Sukam. The Head office is located in Haryana, India. Achievements: 1. Sukam have their number of patents in energy industry 2. It was the first venture to launch inverters made of plastic body and praised by this innovation to use the plastic in such high temperature 3. Sukam also made Wi-Fi or smartphone operated products 4. It made the solar street lights on roads Primarily,Sukam focuses on solar energy how to use solar energy wisely and efficiently in their electric products. Nearly every other institution uses their products such as in petrolpumps, defence, schools, government institution. Also won prominent awards in the field of energy industry. Latest Inverter of Sukam: Sukam recently launched its smart GTI Hybrid solar inverter. A successful mix of UPS on grid inverter. it is design so that to utilise the maximum solar power without wastage by giving extra power to grid which reduces your electricity bill Basically, it is the advanced design of solar inverters which gives power to house, industry using solar. Also contain MMPT charge controller and Bluetooth facility in it Basic features: 1) 1KW capacity 2) Back up time 6-10 hours 3) Can take load of 10leds, 2 fans, 1 TV, 1 AC 4) Battery can be charges from electricity also 5) MCB protected Sukam & Loom Solar Tie Ups: To increase the sale and to promote their products more the ventures tie up with fame e-marketing sites which is ethical in the business. Sukam had collaborated with Loom Solar for their growth in the solar products and offer goods with warranty and economic friendly. Loom Solar also deliver the goods within few days so it is beneficial to tie up with such eminent e-marketing site. Headquartered in Delhi, Loom Solar is one of the most famous solar brand stores in India, plus government of India has recognized it as the start up that provides following services:Latest Products with 100% guarantee, Installation of the product anywhere in India within 3 days and Easy government approvals.Loom Solar is India's premium solar brand store headquartered in Delhi NCR. It sells solar systems such as solar panels, solar inverters, solar batteries for top brands with Installations, government approvals and promised delivery within 3 days across India. It is ISO 9001-2015 certified and also recognized as Startup by Government of India.Loom Solar Private Limited B-949, Green Fields Colony Faridabad, Haryana -121003 8750 77 88 00 Nishi Chandra

11-05-2018 | Energy & Environment
Loom Solar Private Limited
Is Loom Solar Really Competing with Amazon?
With solar technology gradually becoming mainstream, there are many companies diversifying into solar, granting customers a large number of choices. Sometimes customers get confused due to a presence of a large number of solar brands/ companies and are unsure of the choices they make. Many good suppliers/ companies also get lost in the crowd, until they are finally discovered. One such company is Loom Solar in India. Loom Solar is

10-04-2018 | Business, Economy, Finances, B …
Solar Street Lights Market
Solar Street Lights Market Report 2018 Companies included Tata Power Solar Syste …
We have recently published this report and it is available for immediate purchase. For inquiry Email us on: jasonsmith@marketreportscompany.com ********* This market study includes data about consumer perspective, comprehensive analysis, statistics, market share, company performances (Stocks), historical analysis 2012 to 2017, market forecast 2018 to 2025 in terms of volume, revenue, YOY growth rate, and CAGR for the year 2018 to 2025, etc. The report also provides
Comments about openPR
OpenPR is clearly structured and remains true to its principle of confining itself to the essential parts. OpenPR has proven to be a very good and reliable partner to our media agency: Within the shortest time the releases are online and go down well with the media representatives. The success of OpenPR is reflected in the steadily increasing number of press releases. It is good that OpenPR exists!
Ursula Koslik, Director Marketing & PR, F+W Hamburg