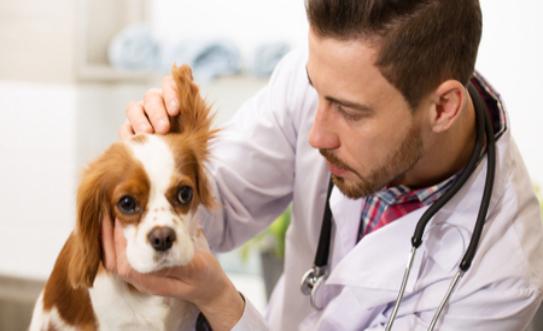 Animal healthcare has turned its focus area by the animal medicine industry because of increase in animal disease, vaccination, animal adoption and livestock. The global animal healthcare market is expected to gain major traction, on the backdrop of increasing pet adoption and high consumption of milk and meat. There is an increase in adoption of western culture and dynamic lifestyle in emerging countries such as India and China, which in turn has increased the pet adoption that is expected to favor the rise in growth for animal healthcare market. Pets are adopted by people all over the world for psychological and therapeutic benefits. Download PDF Brochure of This Business Research Report : https://www.coherentmarketinsights.com/insight/request-pdf/550An increase in new animal diseases such as white nose syndrome and anthrax has created opportunities in the animal healthcare market. Globally, Australia holds the leading position in pet ownership. According to the Australian Veterinary Association, there were around 4.2 million dogs and 3.3 million cats accounting for 39% and 29% market share respectively.Pet adoption and increase in livestock fuels the growth of animal healthcare marketAccording to the Animal Health Institute, in the U.S., on an average, the world spends around one fortieth amount to human medicine as compared with animal medicines every year. That investment covers animal health innovations for 24 billion chickens, 750 million swine, 500 million dogs, 400 million cats and 1 billion cattle and sheep. According to Animal Health Institute, companies yearly invest around 10-12% of their sales in innovations for animal health. Scientists have developed various medicines which result in improvement, prevention, and treatment of animal diseases such as flea and tick infestation, rabies, Lyme disease, leukemia. Animal medicines are important in food safety as it accounts for production animal as well. According to the American Society for the Prevention of Cruelty to Animals, in U.S., approximately 3.2 million shelter animals adopted each year, which includes 1.6 million dogs and 1.6 million cats. According to American Pet Product Association, in U.S. from 2015 to 2016, 34% dogs are purchased from breeders at the same time 23% of dogs and 31% of cats are obtained from the animal shelter. Globally the adoption of pets has increased over a period of time and demand for meat and milk also has increased to support the growing population which is expected to fuel the animal healthcare market in the near future.Key players of animal healthcare marketThere are various animal healthcare market players are present all over the world. Animal healthcare industry has seen some major merger and acquisitions to develop new drugs. In 2016, Sanofi and Boehringer Ingelheim merger have taken place to develop new and improved drugs for animal healthcare. Some of the key market players of animal healthcare market includes Zoetis, Eli Lilly & Co., Novartis, Bayer Healthcare, Ceva Sante Animale, Evonik Industries AG, and ADM Alliance Nutrition.Request For Customization Of This Business Research Report : https://www.coherentmarketinsights.com/insight/request-customization/550Animal healthcare market taxonomyBy Animal Type- Livestock Animal Companion AnimalBy Product Type- Vaccination Pharmaceuticals Feed AdditivesBy Disease Type- Bacterial Disease Fungal Disease Genetic Disease Viral DiseaseDeveloped regions are major growth engines of animal healthcare marketGlobally the market is segmented into North America, Europe, Latin America, Asia Pacific, Middle East, and Africa. According to American Pet Product Association, during 2013-2014 North America is the leading market and it contributes around 68% owning the pet population has triple in from 2009 to 2014 in North America followed by Europe with a population of pets around 62 million and Asia Pacific due to the adoption of western lifestyle and increase in animal adoption. North America and Europe will be the largest market of vaccine and pharmaceuticals. Asia-Pacific will be the largest market for feed additives. In Asia Pacific, It is expected that pharmaceutical and vaccine segment will grow at a faster rate due to increased animal adoption and increased demand of meat and milk. According to IIPTF, in India 600,000 pets are adopted every year.About Coherent Market Insights:Coherent Market Insights is a prominent market research and consulting firm offering action-ready syndicated research reports, custom market analysis, consulting services, and competitive analysis through various recommendations related to emerging market trends, technologies, and potential absolute dollar opportunity.Contact Us:Mr. Shah Coherent Market Insights 1001 4th Ave, #3200 Seattle, WA 98154 Tel: +1–206–701–6702 Email: sales@coherentmarketinsights.com