Political Leadership, the Midterms, And Donald Trump - Lessons In Self-Serving, Versus Self-Sacrifice Exposed In Epic Novel Based On Old Testament Revelations, 'Gideon, The Sound And The Glory' 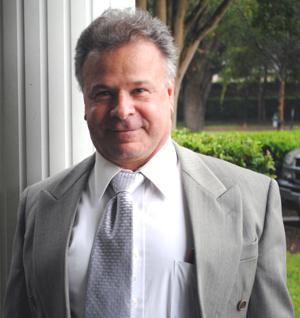 You can edit or delete your press release Political Leadership, the Midterms, And Donald Trump - Lessons In Self-Serving, Versus Self-Sacrifice Exposed In Epic Novel Based On Old Testament Revelations, 'Gideon, The Sound And The Glory' here

07-01-2019 | Arts & Culture
Joseph Ganci
Powerful Leaders Who Compromise Their Integrity Through Attacks On Women Is Noth …
Yet again Donald Trump has been accused of making unwanted advances. According to a recent article on the Intelligencer website, the latest accusation by E. Jean Carroll brings the number of accusers to 16. While many of us see this as a modern-day problem, these types of situations have taken place throughout recorded history - many in the Bible itself. The Biblical versions often read as mere accountings of sordid
11-14-2018 | Arts & Culture
Joseph Ganci
Immigration, The Caravan And The Midterm Aftermath - Nothing New Under The Sun S …
Immigration has dominated our headlines for many months now. While we like to think this is a modern-day issue, immigration - the journey to the promised land and a better life - have been with us for many centuries. These human sagas, replete with all the political drama that surrounds such issues, have been playing out since Biblical times. While immigration and the accompanying political melodramatic plotlines may not first come
10-02-2018 | Arts & Culture
Joseph Ganci
Power Politics, Donald Trump, And The Supreme Court Justice Confirmation Hearing …
The sideshow atmosphere of modern-day political shenanigans and constant power struggles appeal to us for many reasons. They entice and captivate our sensual desires in the same manner as our favorite dramas, thrillers, and action / adventure movies. Why is this so? It is because both political chicanery and epic movies allow us to live vicariously through both hero and villain from a position of relative safety while skirting the
09-05-2018 | Arts & Culture
Joseph Ganci
Old Testament Revelation, Modern Day Revelation And Trump's Power Struggles - No …
For award-winning author Joseph Ganci, author of 'Gideon, The Sound and the Glory,' the political upheavals and power struggles we read in our headlines nearly every day are nothing new. “There is nothing new under the sun.” King Solomon. These only appear to be something new, as today all the conflicting and sordid political details are easily available to public opinion. In many ways, however, these modern-day political dramas play

08-20-2018 | Arts & Culture
Joseph Ganci
A Bible-Based Novel Perfect For Adaptation To A Major Motion Picture - 'Gideon T …
Movies based on Old Testament biblical events have been with us since the beginning of filmmaking. Over the past decades, we've seen films such as 'The Ten Commandments,' 'The Story of David,' 'The Book of Ruth,' 'Noah' and a host of others. Few are true to ancient events, missing critical connections and certain vital details. Most are highly stylized versions of Biblical dramas, with extremely theatrical storylines that push the
03-12-2018 | Arts & Culture
Joseph Ganci
Modern Day Revelations Explain Old Testament Revelations In 'Gideon The Sound An …
Did God give men everything they needed to know a long time ago? Or does revelation and the prophetic process continue into our modern day? Is Scripture a set of understandings that must be blindly followed without the agreement of wisdom or reason? Or does Scripture serve as a tool that enlightens minds of every age in a never-ending progression? Some understandings have been routinely accepted for centuries by churches
01-31-2018 | Arts & Culture
Joseph Ganci
Modern Day Revelations Long Hidden In The Bible Revealed In Striking Detail And …
It is rare to discover any new revelations from the Bible in our fast-paced modern-age. It is rarer still to uncover facts that change a storyline or reframe generally accepted interpretations of events. Joseph Ganci, award-winning author of 'Gideon: The Sound And The Glory' has managed to do both. "Diligent research and divine reasoning lead to many previously undiscovered Bible mysteries," Ganci stated. "I invite anyone, anywhere, either scholar
11-29-2017 | Arts & Culture
Joseph Ganci
Christmas Books That Change Lives - Joseph Ganci's New Spiritual Book, ‘Gideon …
The Holidays are the time of year when we pause to look at what is meaningful and significant in our lives. Naturally, this centers around our friends and family, and inwardly to our own spiritual progress. We celebrate by exchanging gifts with loved ones. While some gifts stay with us for a few weeks or even months, the most prized gifts fall into an exclusive category. These heirloom gifts are
08-25-2017 | Arts & Culture
Joseph Ganci
Charlottesville And The Idolatry Of Hatred, Violence, And Vengeance - Joseph Gan …
Hatred and violence are part and parcel of the human condition. We nevertheless like to believe, in this modern day and age, we have become more refined, cosmopolitan and enlightened. But have we made progress? The recent events in Charlottesville might make us pause before answering that question. Have we, as a society, managed to eliminate hatred, violence, and vengeance? Or are we still whistling in the graveyard of unrealized
08-09-2017 | Arts & Culture
Joseph Ganci
New Spiritual Book Release, 'Gideon: The Sound And The Glory,' Illuminates Epic …
Author Joseph Ganci's new book has been called "masterfully created" and "riveting." Can a book based on the Bible warrant such high praise? In this case, yes, as Ganci deftly turns well known Biblical tales into a book filled with riveting deeds and powerful spiritual themes. There are many instances of epic stories from the Bible hitting the big screen, among them "The Passion of the Christ," directed by Mel Gibson,
Comments about openPR
We publish our press releases on openPR.de because we like people who are "open" - just like us.
Frank Obels, CEO, INCONET - Informationssysteme, Communication und Netzwerkberatung GmbH