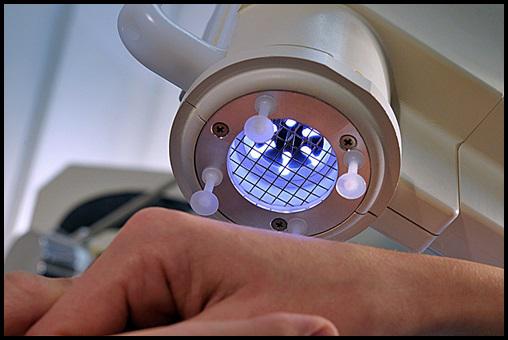 Platelets And Plasma Market will exceed USD 6.5 billion by 2024; as per a new research report.Increasing number of blood transfusion in regions such as Europe will drive the growth of platelets and plasma market over the forecast period. Millions of people receive donated blood and its components each year. As per the statistics of the European commission over 20 million units of blood or blood components were transfused in 2017. Many developed countries provide a mixed system of compensated as well non-compensated blood donation. Moreover, various government initiatives to encourage blood donation among people will further accelerate the market growth during the forthcoming years. Growing incidences of rare and infectious diseases such as hepatitis, hemophilia, thrombotic thrombocytopenic purpura will serve to be another impact rendering factor in the growth of platelets and plasma market. Around 3.2 million people in the U.S. are affected by Hepatitis C ultimately leading to hepatocellular carcinoma. Use of platelets and plasma in treatment of hepatocellular carcinoma and other liver diseases will fuel the demand for platelets and plasma. However, lack of treatment affordability in developing countries such as India, China, Brazil and Mexico as well as stringent regulations imposed on plasma collection will restrain the industry growth to some extent throughout the analysis period.Request sample copy of this report @ https://www.gminsights.com/request-sample/detail/2737Platelet segment is expected to generate highest revenue of around USD 4.5 billion in 2024, owing to the rising number of surgeries being performed coupled with increasing demand for minimally invasive procedures worldwide. Demand for platelets and its analogs is increasing in recent years owing to its varied prophylactic and therapeutic benefits. Growing incidences of chronic and rare diseases worldwide will further augment the market growth during the forecast period. Furthermore, rising disposable income leading to increasing affordability, developments in healthcare infrastructure as well as growing adoption of advanced technologies will accelerate the growth of platelets and plasma market in the coming years. Thrombocytopenia segment will grow at a robust CAGR of around 2.9% over the foreseeable period attributable to the growing number of thrombocytopenia cases worldwide. Thrombocytopenia is characterized by reduced platelet count owing to number of factors such as chemotherapy drugs, heavy alcohol consumption and leukemia. According to the Journal of Hepatology, thrombocytopenia is commonly found in around 76% patients suffering from chronic liver diseases. Rising prevalence of rare infectious diseases coupled with growing elderly population base will fuel the demand for platelets and plasma over the forecast period.Hospitals segment dominated the market in 2017 with a revenue share of around 62.5% and is estimated to show remarkable growth in the coming years. Rising number of hospitalizations owing to prevalence of chronic diseases such as hepatitis C, hemophilia and other rare diseases will drive the platelets and plasma market growth during the analysis period. Availability of advanced healthcare facilities, growing elderly patient base as well as reimbursement policies for hospital treatments will upsurge the size of platelets and plasma market during the analysis timeframe.U.S. platelets and plasma market accounted for the highest revenue of USD 2 billion in 2017 owing to the rising incidences of chronic diseases coupled with increasing geriatric population base will augment the market growth. For instance, plasma is used in the treatment of neurological disorders such as multiple sclerosis, inflammatory dysimmune neuropathies and myasthenia gravis. High adoption of technological advancements as well as availability of advanced healthcare facilities will drive the market growth. Moreover, increased smoking, lifestyle changes and other environmental factors will further boost the demand for platelets and plasma during the forthcoming years.Make Inquiry about this report @ https://www.gminsights.com/request-sample/detail/2737Some of the notable industry players of global platelets and plasma market are America's Blood Centers, American Red Cross, Blood Centers of America, European Blood Alliance, Indian Red Cross Society, Japanese Red Cross Society, Red Cross Society of China, Spanish Red Cross, Saudi Red Crescent Authority and South Africa Red Cross Society. Industry players are primarily focusing on developing novel technologies to diversify the product applications for treatment of various diseases. They are also emphasizing on mergers, partnerships and collaborations to encourage blood donation and use of blood components in disease treatments.Global Market Insights, Inc., headquartered in Delaware, U.S., is a global market research and consulting service provider; offering syndicated and custom research reports along with growth consulting services. Our business intelligence and industry research reports offer clients with penetrative insights and actionable market data specially designed and presented to aid strategic decision making. These exhaustive reports are designed via a proprietary research methodology and are available for key industries such as chemicals, advanced materials, technology, renewable energy and biotechnology.Arun Hegde Corporate Sales, USA Global Market Insights, Inc. Phone: 1-302-846-7766 Toll Free: 1-888-689-0688 Email: sales@gminsights.com