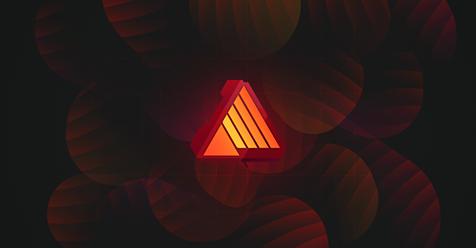 The Affinity range of professional creative software takes a step closer to completion with the launch of desktop publishing app Affinity Publisher in a free public beta today (30 August).Anyone can download and test the pre-release version of the app from https://affinity.serif.com/publisher.Affinity Publisher is the result of thousands of hours of development time dedicated by the multi-award-winning team at developer Serif’s UK headquarters.Serif are emphasising that the app is still in development and beta users will play an influential role in shaping the first retail release, around the end of the year.Uniquely, Affinity Publisher will boast full integration with Affinity Designer and Affinity Photo, allowing owners of all three to edit vector designs and images right there in one app, in a stunning new way.Early users will see buttons to switch to Photo and Designer within Affinity Publisher, though these will not be activated until later in the beta period.Serif Managing Director Ashley Hewson says: “From the earliest days of visualising the Affinity range, we planned an unrivalled trio of sleek, super-modern apps created to work with the latest technology – ultra-fast, with stunning power and completely stripped of bloat.“The final step towards realising that initial ambition will come with the launch of Affinity Publisher.“It’s an all-new app which we believe will revolutionise desktop publishing in the same way Affinity Photo and Affinity Designer have shaken up professional photo editing and vector graphic design.”Key desktop publishing capabilities built into Affinity Publisher includeAdvanced typography Linked text frames Master pages Facing page spreads Dynamic photo frames Tables Baseline grids Linked resources End-to-end CMYK Hewson adds: “It’s a beta, so there will be bugs and areas of the app which are not yet fully polished, so we don’t recommend you use it for any important production work at this time.“We are relying on beta users to let us know what works and what doesn’t. If there are any features that need adding, let us know. Even if we don’t get them in before we release version 1, you can expect plenty of free updates to come, just like with our other apps.”Serif has set up a dedicated forum where beta users are encouraged to share their feedback, suggestions and requests, at https://affin.co/publisherbetaforum.The beta version of Affinity Publisher is for Mac and Windows only. An iPad version will follow later, as with Affinity Designer and Affinity Photo, Apple’s reigning iPad App of the Year.Affinity is a next-generation suite of award-winning software for creative professionals, comprising Affinity Designer, Affinity Photo and Affinity Publisher.About SerifSerif’s global success with its Affinity suite of professional design and photo editing software is built on almost three decades of expertise.Affinity Designer, winner of an Apple Design Award in 2015, and Affinity Photo, named Best Imaging Software by the Technical Image Press Association in 2016, were a result of the vision of the development team at Serif’s headquarters in Nottingham, UK.Created with the emphasis on speed, power, accuracy and lack of bloat, Affinity Designer and Affinity Photo received a stream of glowing reviews from Mac users around the world, before being launched for Windows and now iPad, where it is Apple's 2017 iPad App of the Year..Their creation marked a change of focus for Serif which, since 1987, had grown a reputation for quality and reliability based on the award-winning Plus range of software for PC. Powerful yet easy to use, the software offered low-cost alternatives to high-end publishing and graphics packages, putting professional effects and demanding publishing tasks within the reach of PC users around the world.Serif is the winner of over 200 awards internationally, with more than 6.5 million customers worldwide. The company has around 70 employees.12 Wilford Industrial Estate, Nottingham NG11 7EP, UK

03-27-2019 | Business, Economy, Finances, B …
Affinity Dental
Affinity Dental Announces Addition of Dr. Harker Press Release
Affinity Dental Announces Addition of Dr. Payton Harker to Clinic’s Staff Arizona-based complete family dental care practice welcomes dental school graduate of Midwestern University; passionate professional takes pride in providing gentle care so patients experience an exceptional visit. Queen Creek, AZ – March 27, 2019 – Dr. Payton Harker, dental school graduate of Midwestern University in Glendale, Arizona, has joined the acclaimed staff of Affinity Dental, a Queen Creek-based complete
07-24-2018 | IT, New Media & Software
Serif
Draw inspiration anywhere with Affinity Designer for iPad
Affinity Designer for iPad brings professional vector graphic design to the iPad for the first time. Developed with input from a team of leading professional graphic designers and based on Apple Design Award-winning technology, Affinity Designer is the most ambitious creative app developed for iPad. Managing Director of developer Serif, Ashley Hewson, says: “Affinity Designer for iPad takes all the power and precision of our desktop version and converts it into
03-28-2018 | Advertising, Media Consulting, …
Transparency Market Research
Communications Processor Market: Rising Affinity Towards Internet Of Things (Iot …
Communications processors are devices that effectuate the transfer of data and enhance the data-embedding ability of generic processors. Several electronic devices that show multiplicity of functions are the pretext behind the rise of the market for communications processors. The use of semiconductors has pervaded various industrial longitudes, and nimble electronics have glutted the market. This contributes to the demand for communications processors due to their ability to effectively etch vital
02-22-2017 | IT, New Media & Software
TMR - Research Reports
Affinity for Consumers Towards Home Automation Market
Home automation solutions are some of the most sought-after services in the world in the consumer markets. The demand for home automation solutions is much more pronounced in the developed economies than the emerging ones, but the latter is catching up to the competition. Automation solutions are constantly evolving these days in terms of efficiency, ability, and overall performance. A lot of regions refer to home automation solutions as an
11-05-2011 | Energy & Environment
ANTARIS SOLAR
ANTARIS SOLAR selected to be NICEIC photovoltaic affinity partner
ANTARIS SOLAR, solar technology provider with headquarters in Germany, has been selected as the PV affinity partner by NICEIC. The partnership brings together German quality with the standards of UK’s leading voluntary body for electrical installation matters. Waldaschaff, Germany, 03/11/2011. After an extensive selection process NICEIC (www.niceic.com), the UK’s leading voluntary body for electrical contractors, has selected ANTARIS SOLAR (www.antaris-solar.co.uk) to be its photovoltaic affinity partner. Distribution and shipment of
07-11-2011 | Politics, Law & Society
Affinity Law Group
Matthew Posey, JD, Joins Affinity Law Group, LLC
July 8, 2011 (St. Louis) – Matthew Posey, JD, recently joined Affinity Law Group, LLC, as an associate attorney working in the firm’s business services division. Mr. Posey’s areas of legal expertise range from mergers and acquisitions, and commercial contracts to real estate transactions and corporate governance matters. He graduated summa cum laude from Auburn University with a Bachelor’s of Art, and earned his Juris Doctorate, Order of the Coif, from Washington
Comments about openPR
Your portal is fast, simple, and easy to use. Others may have more functions but they also demand more editing time, you have to preformat the text in order to achieve a good result etc. I think openPR is really fantastic!
Andreas Knepper, wallmedien AG