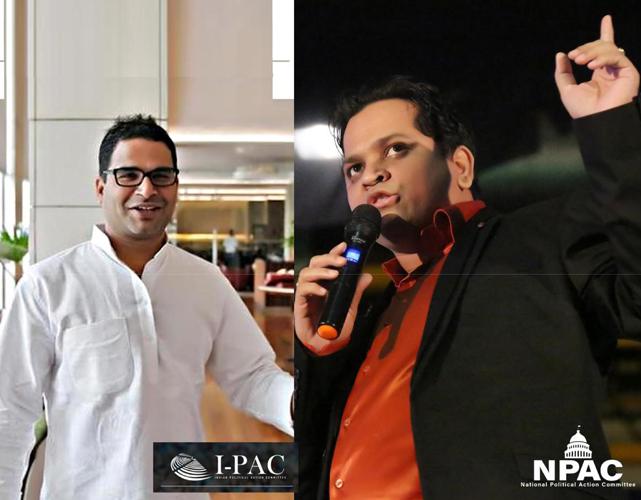 Poll Survey organizations like today’s Chanikya, Cfore, and Karvy have been giving their support to a lot of politicians all these years. At present, it’s the Political Strategy Companies which have grown to be a pillar of power to the political parties. Survey Companies get the pulse of the public, whereas Political Consulting firms get the estimation, work upon it and come up with a strategy to bring in the positive wave in favour of the Party. With the opinions and strategies on the same platform, political consultants are bringing a great deal of distinction in the political scenario.Political Consulting is a brand new evolving industry and political parties are eyeing these services to have a certain shot victory. In this industry which is on a very promising stage compared to western countries, we have predominantly two companies which are working for state-level parties making their mark, IPAC (Indian Political Action Committee) & NPAC (National Political Action Committee). IPAC, regulated by Prashanth Kishore and NPAC, regulated by Dev based out of Gujarat, both are now predominantly focused on AP and Telangana Politics. Both Prashanth Kishore and Dev have their roots from BJP, they have worked for 2014 elections and presently occupied with upcoming Elections in the South. The companies have the most anticipated Political Parties in Andhra Pradesh as clients. IPAC is working with YSRCP with a team comprising of 70-80 employees and NPAC is working with JanaSena party with over 150 employees working round the clock.The strength of IPAC is its proven strategies and methodologies and NPAC’s strength is its technical and scientific approach to ground level work. NPAC is ahead of its’ competitor IPAC which does not offer services to the core like booth level committee formation, training, influencer management, issue recognition, image management and war room management. Dev, Chief Political Strategist of JSP has core BJP– Hindutva background that is helping him have vast ground level connectivity in a typical methodology of how BJP has grown in states, which were unexpected like Assam and Tripura.IPAC’s Prashant Kishore with prominent victories under its belt like Lok Sabha 2014, Bihar and Punjab are good at strategies and alliances whereas the strength of NPAC’s lies in the ground level management of party workers with innovative mass communication programmes. Dev being a highly trained public speaker, motivational trainer and life coach has tactically put himself into the forefront and has been delivering high impact motivational speeches for cadre to bring the new party into the 2019 Election race.For a party like JanaSena where discernibility was less since origin, the strategy was very much a need and so is the priority for many top parties in the country. Though the party is fighting its first elections, with a power pack support of NPAC, it is bringing in a huge impact. Discovering the issue, uncovering the truth behind it and attaching a party line to it with robust speakers in various fronts should be the core job of political consulting companies.Prashant Kishore’s organised approach will always have the first move advantage but right now NPAC team has definitely had the edge by looking at the way its clientele is growing in the south. NPAC’s sources inform us that they are expanding into Uttar Pradesh, Bihar and other North Indian markets whereas IPAC is more or less certain to going back to BJP and manage their campaign in key states for 2019. Time will say what will be the future of political consulting in India with already two giants in the industry.NPAC is bringing the party needs by conducting booth level training to the cadre for all 175 constituencies of AP and if strategy companies can go a step ahead and start public connect programmes like this; political consulting will bloom into a whole new era. If we look around only polished public speakers can emerge as leading politicians, NPAC has this advantage with its army of trained public speakers locally in favour of its clients.Media Contact: Name: Krishna Teja Contact Number: 9951111827 Email: politics@indiapr.news 4th Floor – JMD Megapolis, Sohna Road, Sector 48 Gurgaon-122018

05-22-2020 | Arts & Culture
Taiwan Philharmonic
Listening to Music Together: Taiwan's National Symphony Orchestra Presents "Sofa …
At a time when much of the world is on lockdown, Taiwan's National Symphony Orchestra (Taiwan Philharmonic) is honored to share its efforts keeping the live concert experience alive with upcoming concerts on May 24, May 30, and June 12. Thanks to Taiwan's outstanding public health management - the combined efforts of an open government and a diligent public - schools in Taiwan are still open, businesses running, and the
08-24-2018 | Politics, Law & Society
NPAC
Future of Political Consulting in India
24 August 2018, Hyderabad - Political Consulting in India is slowly gearing up and creating an Impact in India Politics but lacking the standards like in U.S and U.K where its impact is seen not only in election management but also in Policymaking. Political Consulting is a new emerging industry and Politicians are eyeing these services to have a sure shot victory. In this industry which is in a very
02-08-2013 | Arts & Culture
Naples Performing Arts Center
Naples Performers Take Top Honors at the National Music Theater Festival, and NP …
Naples, Fla. – A group of 20 talented youth from the Naples Performing Arts Center (NPAC) traveled to Atlanta to participate in the 2013 Junior Theater Festival on Jan. 19, 20 and 21 after working together for only 18 weeks. The annual Junior Theater Festival brings together people from all aspects of theatre under one roof to celebrate outstanding student musical theatre productions. The 2013 version of the
01-07-2011 | IT, New Media & Software
X-Genics
X-Genics signs with Workforce Window to ease practice managers’ HR headaches
X-Genics, the provider of eManager compliance software products, has teamed up with Workforce Window Ltd, an HR Consultancy that has worked with General Practice for the past seven years, to offer GP practices and consortia a comprehensive HR solution. Currently some HR functions are divided between the primary care trusts and practices, with PCT GP surgeries acting as ‘performers’ and PCTs fulfilling a monitoring role. Under this system, HR managers, health
Comments about openPR
OpenPR ist the nicest and most clearly laid out PR platform I have seen to this day. The press releases are displayed very nicely and clearly and without any unnecessary frills. The updates are fast and the finished release looks appealing and is clearly legible. Even with 16 years of experience one discovers new things from time to time. Congratulations!
Gabriele Ketterl, Director Marketing & PR, Menads