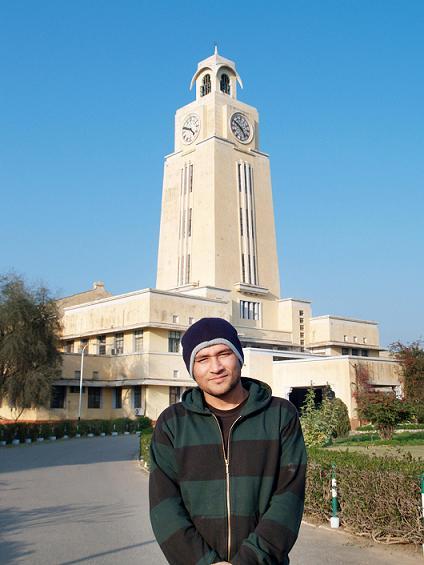 For the founder of NBC David Sarnoff, the word ‘visionary’ meant a capacity to see into tomorrow and make it work.” Starting from 2004, India Habitat Centre, New Delhi has been engaging with the youth, who are successor generation and form the largest component of our population, through the Habitat Young Visionary Award competition. For more details click http://www.indiahabitat.org/main.htmThis award carries a fully funded summer programme at Cambridge University and is awarded to a young voice that expresses the vision to build a society of their choice based on a theme that enables and urges the young minds to search their values and relate them to the future. The runner-up gets an internship at National Geographic Hong Kong. The competition for the Habitat Young Visionary Award is open to students all over India who go through three rounds of rigorous participation, at the end of which the finalists are chosen to compete for the Award. Participants are required to write an essay on their specific vision, based on a theme that is provided each year. The theme for this year was “The Change I want to See, the Change I want to Make."A committee of academic experts then evaluates these essays and selects the best ten from each zone - North & East and South & West. These semi-finalists are invited to present their vision in greater detail before a panel of judges comprising of well-known and eminent persons - journalists, bureaucrats, writers, politicians, policy-makers and achievers. This year, the semi-finals for North & East zones took place in India Habitat Centre, Delhi and for South & West zones in IIT Madras, Chennai. Three semi-finalists each from the two Semi-Finals - a total of six - were short-listed for the Finals, in which their vision was questioned in greater detail. The grand finale for the Habitat Young Visionary Award 2010 was conducted at India Habitat Centre Lodhi Road New Delhi on 30 January 2010. The finals had six contestants - Rishika Das Roy from St. Xavier's College, Kolkata; Neha Kamra from Indira Gandhi Institute of Technology, GGSIPU, Delhi; Kushal Bhimjiani from National Law School of India, Bangalore; Rohit Keshav Pothukuchi from NALSAR, Hyderabad; Abhinav Aggarwal from Indian Institute of Technology (IIT), Mumbai and Aayush Deora from Birla Institute of Technology and Science – BITS Pilani. In the hotly contested finals, Rishika Das was declared winner for her presentation on Saving Lives of victims after natural disasters while Aayush Deora was declared runner-up for his presentation on Empowering India through Education. It is indeed a matter of pride that Anurag Dutta also a student of BITS Pilani won the runner-up position in 2009. Aayush Deora did his schooling in Calcutta Boys School and joined BITS Pilani in the year 2006 for the MSc (Tech) Finance degree program after clearing the online entrance examination BITSAT. In September last year as Group Leader for the team with 2 other BITSians Anirudh Mandhana and Gaurav Shahlot, he participated in the Youth Business Development Competition 2009 organized by the Oxford Business Network for Social Entrepreneurship - The Said Business School and won the first position. He is all geared up to participate in ASES (Asia-Pacific Student Entrepreneurship Society) scheduled during April 4-10, 2010 at Stanford University, USA. His role model is none other than IT Czar Infosys N R Narayana Murthy.Proud to be BITSian Aayush Deora firmly beieves in taking up whatever he does as a mission with passion to ensure that there are no dreams too large, no innovation unimaginable and no frontiers beyond reach. He is bound to climb many more peaks in the coming years and bring laurels to his alma mater.About BITS Pilani: The Birla Institute of Technology and Science - BITS Pilani is a Deemed to be University established vide Sec.3 of the UGC Act, 1956 under notification No. F.12-23/63.U-2 of June 18, 1964. NAAC - National Assessment and Accreditation Council reaccredited BITS with 3.71 CGPA out of 4 and awarded "A" grade "Very Good" status. It is indeed a matter of pride that for the year 2009, BITS Pilani has been ranked among the top ranking universities along with IITs in various Magazine surveys such as India Today, Outlook, LiveMint DataQuest etc. BITS offers degrees in various disciplines presently at Pilani, Dubai, Goa and Hyderabad campuses. BITS Pilani has done pioneering work in industry university collaborations in terms of Practice School and Work Integrated Learning Programmes. Alumni of the Institute who are Proud to be BITSians and ambassadors for Brand BITS Pilani are spread across all continents from Australia to America.Dr BR Natarajan Professor & Vice President BITS Alumni Association - BITSAA BITS Pilani Rajasthan 333031 India Phone 91-1596-242210 Fax 91-1596-244183 Email brnt@bits-pilani.ac.in Website http://www.bits-pilani.ac.in