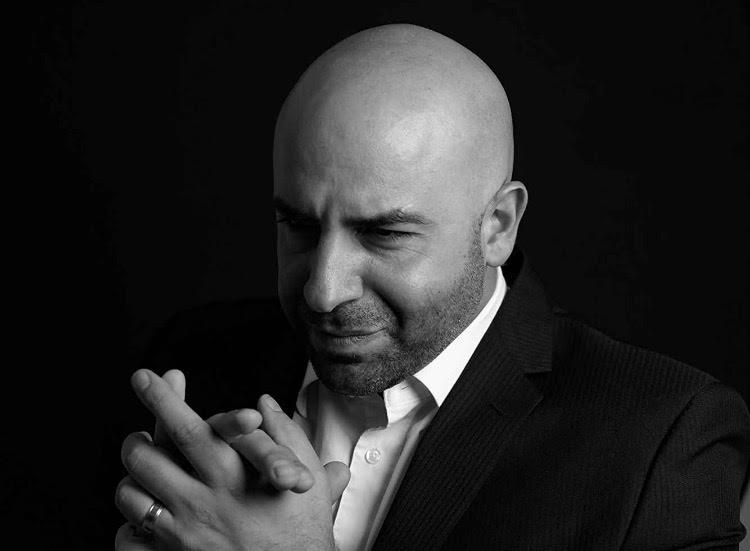 It was August 14th, and the middle of the night in the small town of Bojano (pronounced Boiano), Italy in the region of Molise. Dominic Pace was on vacation to see his family he hadn't seen in 23 years. The son of Joseph Pace, who immigrated to America to find a better life when he was 18, Dominic had been chipping away at a career in acting since he was the same age. Beginning on Off-Broadway in the Italian American comedy, Tony and Tina's wedding, Pace has had a steady career of bit character roles hit T.V. Shows such as Desperate Housewives, NYPD Blue, Cold Case, and countless more. He had never landed a starring role... until now.For ten years, Pace was very loyal to his agency who submitted him regularly for Cop, Bouncer, Mob roles. At 6'4"/ 250 pounds, Pace was a natural physically for these roles. Not to mention athletic ability to frequently do Stage Combat with some of the roles. Pace would press his agents over the years for larger roles. He figured if he kept booking these bit, TV roles, casting would take notice at such an extensive resume. The A-list TV shows were calling Pace in, but only for a few lines. In 2015, Pace was billed 8th in the Feature Film, The Midnight Man. An Action/Thriller with solid name talent like Doug Jones, Vinnie Jones, Will Kemp, Steve Valentine, William Miller, Max Adler, Brent Spiner, along with Pace. A low budget film a little under a million dollars, Pace pleaded with his agents to seek more low budgets than the Big League projects, as he knew he'd get larger roles and have an opportunity to shine. Pace studied the craft extensively under Terry Knickerbocker of the William Esper Studio in New York, along with Susan Batson and Mimi Turque of The Actor's Studio.With no luck, the majority of the auditions from his agents were still for bits like Guard #2 and Bouncer. When 2016 came, Pace had enough. Though his loyalty was admirable, there also comes a time when the actor has to do what's right in their best interest. Pace was introduced to Talent Manager, Christina Scott of CA Talent through a mutual friend. "Christina was everything I wanted in a Manager since Day 1. She's hungry and seizes every opportunity for her clients. That's what I wanted. You can play hardball all you want, but if you're waiting tables, driving Uber, or working for a Moving Company, what have you accomplished rather than being on set?"Asylum Entertainment Casting Director, Scotty Mullen, introduced Pace to Megalodon director James Thomas. "When I got the call I received the lead role, it was sentimental to me. As a kid from the 80's, this was the genre that inspired me to get into this business. Bloody Crime Dramas are sometimes very 'ho-hum' as the performer. Action/Adventure was where the excitement was. Growing up on Stallone, Ford, Willis etc.. that was what I wanted."Pace had only 3 days to memorize nearly 100 pages of dialogue squeezed into 8 days of filming. "I locked myself in a room, slightly overwhelmed, but my adrenaline was pumping as I wanted to do the best I could. When you work with James Thomas, you're rooting for him because he cares about his cast and crew. It's also extremely refreshing to be with a director who knows exactly what he wants and gets it done given the budget he has. I never thought of producing due to the fear of going over budget, but someone like James would give any company confidence as he gets it done, and hires the right people."3 am hit in Italy on August 14th, Pace knew Megalodon was now showing in his home state of New York. "The texts, tweets, and emails starting coming in. I was so pleased so many felt my conviction and passion for this role. It was less about the film at times and more of a testament to my 25-year journey. The rejection, the odd jobs, the pretentious people and hierarchy you have to deal with in LA and NY. I was finally able to let it all out in that role. I've also been surrounded by very special people in my life who love me. They allow me to keep my heart open in such a business and world that is less than kind. I am so grateful to have that love and it gives me all the passion and conviction in the world for my work."Megalodon became the most watched show on cable at 9 pm, August 13th. Though there will always be criticism with a film that has less than 1% of a major studio budget, Pace's performance was recognized by many. A busy remainder of 2018 for Pace, as he is attached to a future Sci-Fi film produced by Michael Biehn (Aliens/Terminator). Pace has also been tapped by late night host, Jimmy Kimmel, to play in opening sketches on the show frequently. He'll be touring some international festivals later this year as he starred in the film, The Painters, from Swedish director Sam Larsson. Pace will also star in Anonymous Killers, as a cold-blooded hitman, Romero Scaranelli. "Killers" will be due out in theaters 2019.Rich Girl Productions- Branding and Marketing Company8591 W.Pico Blvd, Los Angeles CA 90035

04-24-2018 | Arts & Culture
Rich Girl Productions
Author Angel Terron’s Play ‘ANGRY INSECURE MEN’ Opens April 28th in Los An …
‘Angry Insecure Men’ the stage production is being presented on April 28th 8:00pm at The Barnsdall Theater, 4800 Hollywood Blvd, LA CA 90027. The production is a true life story of the writer Angel Terron who was a victim of domestic abuse in three different relationships throughout the course of 12 years. The stage production takes you through the short course of events in each of the relationships. Mari
04-11-2017 | Leisure, Entertainment, Miscel …
Rich Girl Productions
NBC’s ‘Superstore’ Actor Dominic Pace Signs On To Civil War Era Feature Fi …
Actor Dominic Pace has landed a supporting role in the upcoming Feature Film, Destiny. Destiny is a Civil War Drama about 3 children who were abused throughout their younger years. A coming of age story of revenge and destiny. Pace will will travel to Nevada to begin production this summer. Destiny will be helmed by Creator/Director, John Pocino. Pace will round out a solid cast which stars
03-16-2017 | Arts & Culture
Rich Girl Productions
Fine Art Photographer Lisa Folino Heads To Venice Italy For The 57th Venice Bien …
Local Orange County Fine Art Photographer Lisa Folino has been invited to exhibit in the world’s oldest and most prestigious art fair ‘La Biennale Di Venezia’. It is an honor to be invited to exhibit in the Venice Biennale. The Biennale is visited by an international audience of 300,000. The Art fair opens to the general public May 13, 2017 till November 20, 2017. To fund an exhibition of this
03-13-2017 | Leisure, Entertainment, Miscel …
Rich Girl Productions
NBC’s ‘Superstore’ Actor Dominic Pace Joins The Cast Of Two New Projects
(Los Angeles,Ca March 13th) Actor Dominic Pace has joined the cast of the upcoming Fan Film, Overwatch: Heart of Numbani starting production March 15th. Pace will play one of the leads Reaper/Reyes. The film also stars Dina Freberg as Tracer, and Anthony Gros as Junkrat. The film is set in the world of Blizzard Entertainment's smash hit game, Overwatch, game of the year at the 2016 Game Developers

10-15-2018 | IT, New Media & Software
TMR Research
Test Automation Market - Laborious Pace of 2025
Global Test Automation Market: Snapshot The test automation process is considered as a blessing for the IT industry. The rising demand for test automation across diverse industry verticals is one of the key factors estimated to encourage the growth of the overall market in the next few years. The tool is being used in the IT industry to reduce time, optimize test process, and develop efficiency. Innovations and technological advancements are
05-17-2018 | Business, Economy, Finances, B …
TMR Research
Spirulina Powder Market aforementioned Pace of 2025
Global Spirulina Powder Market: Snapshot Commonly known as pond scum spirulina powder actually tastes like pond scum too. Despite it, it is much sought after, reason being it is a superfood packed with protein, B-vitamins, antioxidants, and other nutrients. If harvested in the right manner from non-contaminated water bodies such as ponds, it can prove to be one of the most potent nutrient sources available. It is mainly comprised of protein and
05-02-2018 | Business, Economy, Finances, B …
TMR Research
Banana Flakes Market Attractive Pace over 2025
Global Banana Flakes Market: Overview The demand for banana flakes has gathered pace in the food and beverages sector, supported by the widespread popularity of organic preparations. Banana flakes are increasingly being demanded among health-conscious populations as a part of daily nutrient intake. These are usually characterized by the high content of a variety of minerals including iron, potassium, magnesium, zinc, and calcium, apart from some of the essential enzymes. The
04-30-2018 | Health & Medicine
TMR Research
Brain Monitoring Market Illustrious Pace of 2025
Global Brain Monitoring Market: Overview Recent findings bring out the crucial role of brain monitoring devices in critical care units, driven by the increasing number of accidents. The global brain monitoring market offers a range of devices that monitor and identify abnormal brain activities, assisting in the treatment of brain-related disorders. According to the U.S. National Institute of Mental Health, every fourth adult in the U.S. is affected by a
04-24-2018 | IT, New Media & Software
TMR Research
Workplace Transformation Market Promising Pace of 2025
Global Workplace Transformation Market: Snapshot Currently, the global market for workplace transformation is reporting a significant rise. The increasing adoption of digital workplace services, which are useful to workforce and assist them in completing their work efficiently on time in their respective workplaces, is the main factor behind the growth of this market. These digital services include all the workplace services starting from core enterprise application to collaboration, instant messaging, enterprise
04-24-2018 | Business, Economy, Finances, B …
TMR Research
Leak Detection Market Salubrious Pace of 2025
Leak Detection Market: Overview Pipeline leak detection is used to find the site of leak in pipeline networks that are used for transportation of gases, oils, and other fluid products. Pipeline networks need to fulfill safety standard as they are used for long-distance transport of flammable commodities. Leak detection systems (LDS) are primarily installed to assist pipeline authorities detect and localize leaks. Pipeline leak detection systems also benefit in terms
Comments about openPR
OpenPR ist the nicest and most clearly laid out PR platform I have seen to this day. The press releases are displayed very nicely and clearly and without any unnecessary frills. The updates are fast and the finished release looks appealing and is clearly legible. Even with 16 years of experience one discovers new things from time to time. Congratulations!
Gabriele Ketterl, Director Marketing & PR, Menads