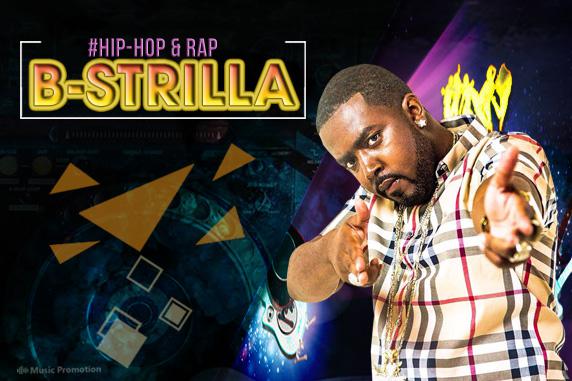 Not all hip hop and rap artist has the ability to deliver positive and inspiring message through their compositions. The genre that has gained much attention for its boldness also has the potential to deal with life-changing messages. Georgia based artist B-STRILLA is one newbie whose music pieces offer better justification to this statement. The young, struggling and go-getter rapper sets a new trend in the sassy music scene of hip hop with his debut single “WAZE (dirty Version)” mixed and mastered by him. B-STRILLA is very passionate about the art form and writes lyrics that give signs of hope those for those who give up. Enjoy his beautiful tracks n SoundCloud.

Raised in United States, B-STRILLA has been open to the changing trends in the hip hop music scene. Like many other aspiring rap artists he also struggled a lot to get the desired attention. It is through his own life experiences that he realised that there are more than one way to complete a task. No matter whatever comes in between a person and his goal, he/she must have the tenacity to move on. This is what he tries to convey in “WAZE”. Even though the track is loaded with such thoughtful theme, when it comes to music and presentation, the track is no less than a banger track. Be it the lyrics, the rap narration or the presentation style, B-STRILLA nails it.

B-STRILLA has also released another track titled “BOUNCE (dirty Version)”, that deals with another critical message that will give motivation to listeners to bounce back after a fall. He has released the YouTube video of “WAZE” for fans. Hip hop fans must not miss the chance to witness the charm of this artist in the track. Subscribe to B-STRILLA’s YouTube Channel and also follow him on Facebook &Twitter. Stay tuned to SoundCloud.

We at Music Promotion Club have helped various artists, musicians, lyricists and many others with Soundcloud Promotion. To promote your music and get an entry into the esteemed music industry, soundcloud promotion is very effective.

We manually do all the Promotions via our dedicated team and guarantee you to be able to show results after an week of promotion.