Kick and Goals – Football for All 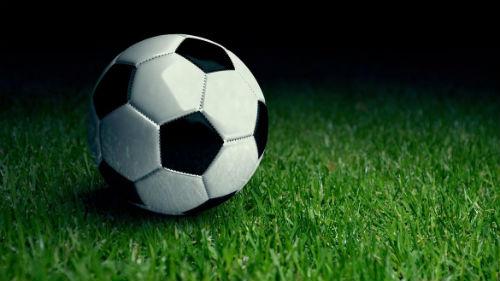 Football, Soccer, Futbol, whatever you call it - it is considered as one of the most beautiful games wherever it is played. Children playing football on local grounds or professional players defending their country’s pride on an international level, it is the most popular sport in the world that happens to be pretty much everywhere. Soccer fans live and breathe the sport, as you can see millions of them making their way to Russia, the host country for FIFA 2018 to cheer for their favorite players and teams.On 2 December 2010, FIFA president Sepp Blatter announced the winning bids at FIFA's headquarters in Zurich. Russia was chosen to host the 2018 World Cup, and Qatar was chosen to host the 2022 World Cup. The competition has been played every four years since the inaugural tournament in 1930. FIFA aims to touch the world, develop the game, and build a better future through different ways.Football countriesAccording to a 2014 FIFA survey, more than 265 million people are actively involved in soccer. There are places where the game carries a special charm such as Brazil, Argentina, England, Germany, Spain, Italy, France, the list could go on and on. These countries come to a standstill during World Cup games and produce some of the best players in the world year after year. However there are other countries as well where the sport is pretty popular and having a large population of soccer devotees.United States - There are actually more than 3 million people under the age of 18 who play competitively. That makes it the second most popular team youth sport in the country, behind only basketball.South Africa - Soccer is the most popular sport in South Africa by far, with some two million people playing it and countless others supporting local, regional and national teams.Australia - The sport has a higher participation rate than any other in the country, with nearly a million people who say they play the game.Uruguay – The country’s national team is a world power, and it consistently produces some of the best players in the world.Costa Rica - The sport is so ingrained in the culture of the country that even the smallest villages feature soccer fields, many of them placed at the center of town.History of FootballFootball or soccer as the game is called in some parts of the world has a long history. Football in its current form arose in England in the middle of the 19th Century, but alternative versions of the game existed much earlier and are a part of the football history.The first known examples of a team game involving a ball, which was made out of a rock, occurred in old Mesoamerican cultures for over 3000 years ago. Other earlier variety of ball games had been known from Ancient Greece. The ball was made by shreds of leather filled with hair. The first documents of balls filled with air are from the 7th century.The First Football ClubsFootball clubs have existed since the 15th century but unorganized and without an official status. Some historians suggest that the Foot-Ball Club was formed in 1824 at Edinburgh. The oldest and still existing professional football club is the English club Notts County that was formed in 1862. In 1883, the first international tournament took place and included four national teams: England, Ireland, Scotland and Wales. Football was for a long time a British phenomenon, but gradually spread to other European countries. The first game that took place outside Europe occurred in Argentina in 1867.The Fédération Internationale de Football Association (FIFA) was founded in 1904 and a foundation act was signed by representatives from France, Belgium, Denmark, the Netherlands, Spain, Sweden and Switzerland. In the late 19th Century only a few national football teams existed. Today there are 211 national associations included in the FIFA, which is the world governing body of the sport.Famous PlayersThe players on the pitch are some of the most influential and famous people in the world. From Manchester United to Real Madrid, they play for some of the most valuable sports franchises and are among the most recognizable people on the planet. They possess the level of fame where even the mention of their name creates a news cycle, trend on social media etc. Some of the famous names that rule the soccer grounds today are Cristiano Ronaldo (Real Madrid), Lionel Messi (Barcelona), Paul Pogba (Manchester United), James Rodriguez (Bayern Munich), Wayne Rooney (Everton) and among others.With the teams competing for the World Cup 2018 and the shocking fall-out of some of the top contenders from the championship league, it is interesting to see who wins the trophy this year. Nevertheless, the fact remains that people have enjoyed kicking a ball for thousands of years. The phrase football is enough to make the younger go crazy graciously. It is an exciting time for football as it is constantly grown worldwide. Events such as the FIFA globe cup make the game even more fascinating, which also happens to become a favorite game for millions of individuals.It is the leading market research information provider for market research reports, company profiles, industry study, country reports, business reports, newsletters and online databases. It also provides over a million reports from more than 400 publishers around the globe. We cover sectors starting from Aeronautics to Zoology.808, Real Tech Park, 8th Floor, Sector - 30A,Vashi

09-06-2017 | Advertising, Media Consulting, …
MarketResearchReports.biz
Global Football Market By Specification, By Material, By Football Suture And For …
"The Latest Research Report Global Football Detailed Analysis Report 2017-2022 provides information on pricing, market analysis, shares, forecast, and company profiles for key industry participants. - MarketResearchReports.biz" About Football Market This report mainly introduces volume and value market share by players, by regions, by product type, by consumers and also their price change details. As a Detailed Analysis report, it covers all details inside analysis and opinion in Football industry. This report splits
06-15-2016 | IT, New Media & Software
Vindicta Games Ltd
Sim Betting Football, the only football betting simulation game, released for An …
London, UK - 15/06/2016 -- independent game developer Vindicta Games is proud to announce the Android release of its first game: Sim Betting Football, the only football betting simulation game. The game is now available to download for free on the Google Play Store. GAME Sim Betting Football is an unique and innovative mobile game which offers gamers a new perspective on football simulation games and brings virtual gambling to the gaming
08-01-2011 | Sports
Em Henry Events
Friends of Howard Football Donates Tv's To Howard University Football Team
Washington, DC - July 5, 2011: This past April, the Friends of Howard Football fundraising group donated eight 48-inch flat screen televisions to the Howard University football program, to be used for reviewing video and inter-office communication! According to Head Coach Gary Harrell, the generous gift from Friends of Howard Football will be of great use to the program. “The players, coaching staff and I are working hard to prepare for
07-04-2011 | Sports
Expertfootballpicks.net
Expert Picks For College Football From Expert Football Picks
Marianna, FL (openpr ) July 01, 2011 - Recently launched, Expert Football Picks will provide the latest Expert Football Picks for this upcoming 2011 College Football season. The Expert Football Picks team has over 20 years experience in sports picks and they are now developing on online presence to reach a larger audience to share their expert knowledge. The Expert Football Picks website will be providing up to date sports
06-01-2010 | IT, New Media & Software
mobivention GmbH
Football widget published by mobivention
Cologne, Germany – June 1, 2010 – Football fans are ready for the World Cup in South Africa and cannot wait for the start of the games. mobivention has developed a mobile widget for Football fans which keeps them informed about actual results of each game and each participating country. The ‘Play Off’ widget is compatible with numerous handsets and shows lastest game results. The presentation of the results
01-13-2010 | Sports
StinkBall Fantasy Football
StinkBall.com Fantasy Football Announces First Winner of an Autographed Football …
StinkBall.com Fantasy Football started an end of the season special contest with Week 17 of the NFL season: The 2009 Vernon Davis StinkBall Challenge. The contest runs 4 weeks and each week the first place StinkBall member receives an autographed football signed by Vernon Davis, #85 of the San Francisco 49ers. On January 8, 2010 StinkBall.com announced the first week’s winner: David Boyer. There are now 3 footballs left to
Comments about openPR
Your portal is fast, simple, and easy to use. Others may have more functions but they also demand more editing time, you have to preformat the text in order to achieve a good result etc. I think openPR is really fantastic!
Andreas Knepper, wallmedien AG