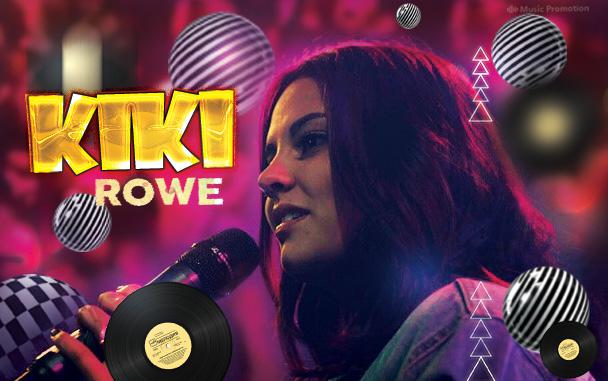 Multi-faceted artist Kiki Rowe releases her new released single ‘Promo (prod. By Nikhil Seetharam)’, which is causing frenzy among a music lovers. She has established herself as a professional music artist who crafts exceptional and memorable R&B and pop music. Her passion and devotion towards creating music has earned her the chance of working with some of the biggest names in the music industry like DJ Mustard, Nineteen85 and Preme. She grew up listening to a lot of Pop, R&B and Pop-punk music and went to study classical piano at Toronto’s Royal Conservatory of Music. If you are craving for some new and refreshing musicality, then you have come at the right place.Kiki Rowe is a great artist whose sound is an exquisite combination of modern R&B and pop fusion. Her track ‘Promo (prod. By Nikhil Seetharam)’ brings for her fans a definite level of character and freshness that really make it stand out in the crowd. Right from the offset, this track brings a flawless production and a colorful soundscape which creates a very strong and atmospheric ambience that seems right for a modern mainstream music. As the song progresses, the originality, creativity and creativity of the artist make themselves known and make this music experience all the more interesting. The soundscape emerges and continues to develop into something unforgettable.The riffs and hooks and snares quickly become recognizable as the central cogs which make this artist’s music so effective and memorable. After listening to the track, it is really the catchy hooks which linger in your mind permanently. There is something about the ideas and concepts which connect with the listeners of all walks of life. The rejuvenating melody and the funky and bouncy beats will keep you coming back for more.For her latest releases, follow her on Sound Cloud, Facebook,Twitter and Instagram.Sound Cloud: https://soundcloud.com/kikirowemusic/promo-prod-nikhil Facebook: https://www.facebook.com/KikiRoweMusic/ Twitter: https://twitter.com/kikirowemusic Instagram: https://www.instagram.com/kikirowemusic/We at Music Promotion Club have helped various artists, musicians, lyricists and many others with Soundcloud Promotion. To promote your music and get an entry into the esteemed music industry, Soundcloud promotion is very effective. We manually do all the Promotions via our dedicated team and guarantee you to be able to show results after an week of promotion.Music Promotion ClubIndia West Bengal Kolkata- 700040 5/10 A Netaji Nagarinfo@musicpromotion.club