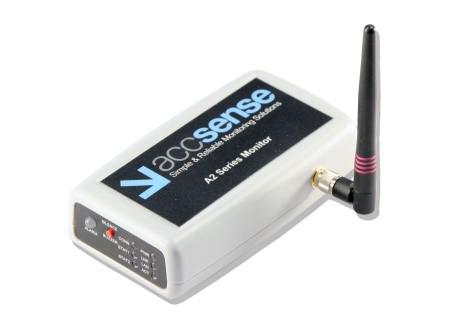 Key Differences Between Data Logging and Data Acquisition What is the difference between a Data Logger and a Data Acquisition System (DAQ)? A data logger is a type of data acquisition system, but a data acquisition system is not necessarily a datalogger. There are several key functional differences in how the market understands these two classes of instruments. While the differences between these two types of instruments have been reduced as technology has improved, there remain features that separate them. Sample Rate or Analog to Digital Conversion Rate Generally speaking, the instrumentation market understands a data logger to be a relatively slow sample rate device; typically, once per second and slower while a data acquisition system (or DAQ system) has sample rates that reach into the MHz or even GHz range. As the cost of high-speed A/D’s has reduced, this feature has narrowed as more dataloggers with sub-second sampling are reaching the market. You will find DAQ systems with many variations on sample rate and options for simultaneous or synchronized sampling which are not typical for today’s dataloggers. Stand-alone or PC Tethered A data logger is expected to be able to operate without a connection to a network or PC for data storage. Large internal memory which allows the datalogger to operate for extended periods of time is a basic trait of a data logger. Most data loggers can log data for months or even years before the internal memory is filled. A data logger will also be able to overwrite the oldest data and continue indefinitely. A DAQ system, especially if a high-speed system, will require a direct connection to a PC using standard or proprietary communication busses to record at the higher speeds typically present. In most cases, both device types now feature Ethernet or Wi-Fi interfaces in today’s products. A datalogger will typically store data in non-volatile flashbased memory. A DAQ system will utilize a connected PC, network storage device or direct hard disk drive. I/O Count Most DAQ systems will have the ability to record from dozens to hundreds of analog and digital inputs. Large scale DAQ systems are found in laboratories or test cells with rack based I/O which can reach I/O counts upwards of 1,500 channels. A data logger can have a little as one input channel and may reach dozens of inputs. There are dataloggers available which have expansion module options to allow higher channel counts, but battery power considerations typically keep the channel count in the under 100 range. Power Source A data logger, as noted earlier, is designed to operate in stand-alone mode; without connection to a PC or other system. Many dataloggers are used in remote environmental applications where no wall power is available. Thus, they are designed with power saving or sleep modes to minimize power needs when not actively recording. These designs will almost always include batteries with rechargeable batteries common. Most advanced data loggers will utilize switched excitation for sensors that require excitation to reduce energy consumption and extend the data logging time period. A DAQ system requires direct wall power continuously to operate and maintain the connection to the storage device. In some instances, you will find DAQ systems that can operate off large batteries, but the lack of charging circuitry and the fact that they are not designed with power efficiency in mind usually keeps them in the laboratory or test cell. Conclusion While there remain many similarities between dataloggers and data acquisition systems, the key operating features presented above are the generally understood differences. These differences usually define the application space where the devices are used. The needs of your application will usually dictate which type of solution is the best fit. For more information on data loggers and data acquisition systems, or to find the ideal solution for your application-specific needs, contact a CAS data logger Applications Specialist at (800) 956-4437 or visit our website at www.DataLoggerInc.com.Computer Aided Solutions, LLC. dba CAS DataLoggers is a distributor of data loggers, paperless recorders and data acquisition equipment.We have the industry’s most complete selection of data logging equipment, with hundreds of different models from more than 18 manufacturers. With data loggers from 1 to 300 channels we can record temperature, humidity, force/strain, pressure, flow, voltage, current, resistance, vibration and other digital signals, in connection with serial (RS-232/RS-485), CAN/OBD or SDI-12 devices. We sell directly to end users and also work through a network of distributors and resellers throughout the United States, Canada, Central and South America.CAS DataLoggers 8437 Mayfield Rd Unit 104 Chesterland, OH 44026

05-28-2019 | Health & Medicine
CAS DataLoggers
Delphin DAQ System Performs Fault Diagnosis Test on CT Scanner
CAS DataLoggers Engineer Terry Nagy Solves a Unique Problem CAS DataLoggers Engineer Terry Nagy worked on a uniquely challenging data acquisition application a few years ago which highlights the usefulness of Delphin data loggers, in this case it performs a fault diagnosis test on a CT scanner. A medical equipment manufacturer had a customer in a hospital that was experiencing problems with a CT scan machine. The machine would reset in
04-12-2019 | Industry, Real Estate & Constr …
CAS DataLoggers
Modern State Space Representation Using ADwin DAQ Systems
ADwin Provides High Throughput and Simulink© Integration CAS DataLoggers provided the ADwin data acquisition and control solution to an internationally-known consumer electronics manufacturer using Model-Based Design (MBD) in a vehicular control engineering application. This project focuses on establishing a state space representation to mathematically model a corresponding real-world system. This state space representation takes several sensor inputs and outputs into account and expresses these variables mathematically. In this way the physical
03-11-2019 | IT, New Media & Software
Market Density
Global Data Acquisition (DAQ) Market Size, Status and Forecast
, increasing industrial automation and rise in demand for real time data analysis leads to adoption of data acquisition systems in enterprises. Data acquisition system is an integration of devices used to collect information by measuring an electrical and physical phenomenon with a computer. A data acquisition system consists of hardware components including sensors and a computer with a programmable software. The hardware component in a DAQ acts as an
12-14-2018 | Industry, Real Estate & Constr …
CAS DataLoggers
What is the Difference Between Data Logger vs DAQ?
Key Differences Between Data Logging and Data Acquisition What is the difference between a Data Logger and a Data Acquisition System (DAQ)? A data logger is a type of data acquisition system, but a data acquisition system is not necessarily a datalogger. There are several key functional differences in how the market understands these two classes of instruments. While the differences between these two types of instruments have been reduced as
03-15-2018 | Advertising, Media Consulting, …
Transparecny Market Research
Data Acquisition (DAQ) Hardware Market
Data acquisition hardware comprises signal conditioning circuitry, sensors, and analog-to-digital converters. Sensors are also called transducers that convert physical parameters into measurable electrical signals. The signal circuitry converts sensor signals to numerical values. Data acquisition hardware is an industrial control system that collects the data from instruments and sensors positioned at isolated sites, then communicates and demonstrates this data at an essential site for monitoring and control purposes. It is
01-24-2013 | IT, New Media & Software
PHOTRON, INC.
New Photron Data Acquisition (DAQ) Plug-In
• New, optional device synchronizes Photron’s slow motion cameras with National Instruments™ data acquisition module. Photron, Inc., a global leader and manufacturer of high speed cameras and image analysis software, announces the availability of a new, optional Photron Fastcam Viewer (PFV) plug-in that provides synchronization of Photron’s high speed cameras with the NI USB-6251 BNC data acquisition module from National Instruments™. According to Andrew Bridges, Photron’s director of sales, “We
Comments about openPR
Your portal is fast, simple, and easy to use. Others may have more functions but they also demand more editing time, you have to preformat the text in order to achieve a good result etc. I think openPR is really fantastic!
Andreas Knepper, wallmedien AG