Press release from: PR for ISOBELLE 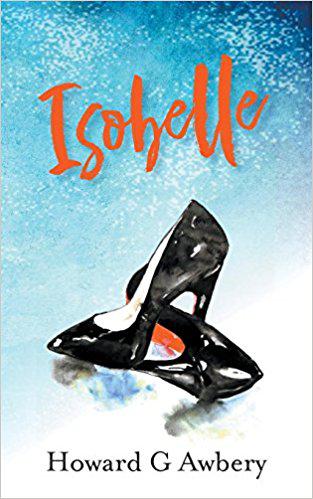 ISBN #978-1787196339“Isobelle” by Howard G Awbery is publishedA stranger turns her settled, solitary, secure life upside down About the book:Never in a million years could she have imagined that any one customer would make so much difference to her life. However, one day into her busy London boutique came such a customer. ‘Shoulders’, as she derogatorily referred to him, rocked her equilibrium and tumbled her settled, solitary, secure life over and over again. Before ‘Shoulders’, Isobelle’s independence was her armour against all-comers; she believed her life and emotions impenetrable. As she reluctantly came increasingly embroiled in this customer’s complex life she realised how wrong she was.Excerpt from the book:“Isobelle flashed into his mind whenever he was alone. He could clearly see her face, hear her laugh and feel her soft touch. He felt so bad at losing her. He knew why he hadn’t disclosed what he was about to do. It would have made her so vulnerable. He had been 100% right in his decision not to involve her any more. Now she wasn’t vulnerable but she would be rightly mad as hell or just sad that he hadn’t felt he could confide in her. They had come to mean so much to each other so quickly. He pondered over whether he missed her because he couldn’t be with her or was the real reason that he felt he had already lost her? She had, he remembered, saved his life when they were back at her cottage. There was no doubt in his mind that the guy with the gun, once he had finished with his wife would have shot them both. She had been amazing. However, he felt sure having left Isobelle twice there was no way back now. A call from the receptionist to his room early the next morning announced the long awaited letter.”Amazon review:5.0 out of 5 stars Super holiday read!A fantastic read, intriguing and captivating. Mystery, romance, tragedy and happiness with twists and turns all through the story. I literally didn't want to put this down.“Isobelle” is currently available in paperback from Amazon UK at:https://www.amazon.co.uk/Isobelle-Howard-G-Awbery/dp/178719633X This book is also available from Amazon USA at:https://www.amazon.com/Isobelle-Howard-G-Awbery/dp/178719633X Press/Media Contact Details:New Generation Publishing Tel. 01234 711 956 E-mail: info@newgeneration-publishing.comNew Generation Publishing is a professional publishing company based in England.107-111 Fleet St London, England EC4A 2AB

News-ID: 1093024 • Views: 1180
Comments about openPR
OpenPR ist the nicest and most clearly laid out PR platform I have seen to this day. The press releases are displayed very nicely and clearly and without any unnecessary frills. The updates are fast and the finished release looks appealing and is clearly legible. Even with 16 years of experience one discovers new things from time to time. Congratulations!
Gabriele Ketterl, Director Marketing & PR, Menads