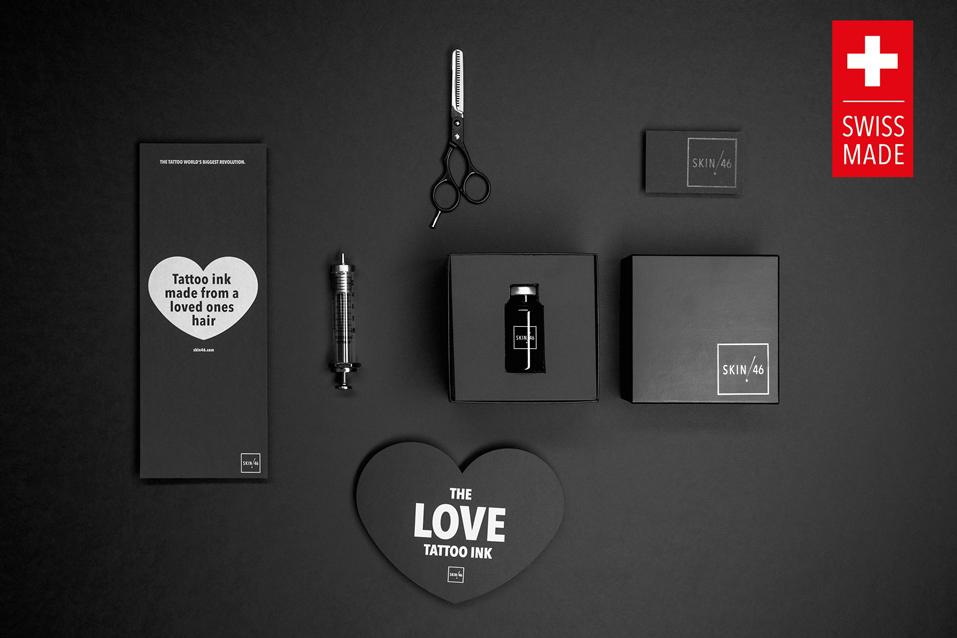 What better way to show love and loyalty to a person or pet than to “get them under” the skin? That's exactly what SKIN46 is offering people to be a part of with their new Kickstarter to bring to market safe, high-quality tattoo ink made with human or animal hair. The tattoo world has certainly been waiting and the good news is finally here. Revolutionary tattoo ink brand SKIN46, recently announced a June 22nd launch date for their new tattoo ink, made from human or animal hair, allowing the person tattooed to have a link with their loved one forever. The media coverage, excitement, and enthusiasm surrounding SKIN46 are beyond remarkable – mixing the ultra-positive and the just plain shocked. “This is the world's first biogenic tattoo ink, the only ink, where you can have your loved ones under your skin, physically connected, in a completely new and unique way,” commented Andreas Wampl, Founder of SKIN46. “We love all the features on us pro and even con. It shows we are groundbreakers and trendsetters, and the people who get tattooed with SKIN46 ink are quality people of the same breed!” Some stunning statistics surrounding the interest in SKIN46 include in just four months of announcing their pre-release, the company has managed to get more than 8000 Pre-Registration sales, worldwide press from some of the globe's biggest voices like Diply.com and Good Morning America, saw Business Insider video on SKIN46 released and get over two million views, break 30,000 shares of SKIN46’s overall social media posts, and receive the broad endorsement of the best of the tattoo world with more than 100 Tattoo Parlors across the globe already are interested in wholesale orders. All expectations are for the Kickstarter campaign to be a huge success. Michelle, a tattooed artist from Boston, remarked in a five-star review, “Finally I get to bring the Frank Sinatra lyrics “I’ve got you under my skin” life into my own life for real. My dog has been a lifesaver for me and I'll be getting a portrait of her with SKIN46 tattoo ink made from her hair as soon as it's available.” ### SKIN46 AG is a Switzerland based Start-up founded in 2015. Founder & Inventor, Andreas Wampl, patented a method for producing a tattoo ink made of human and/or animal material (hair or fur). SKIN46 AG, Churerstrasse 35, CH-9470 Buchs, Switzerland Phone: +41817400295, Email: press@skin46.com Press Contact: Andreas Wampl

06-22-2018 | Fashion, Lifestyle, Trends
SKIN46 AG
Tattoo Ink Made Of Elvis Presley's Hair - Get In Touch With The King
For true fans, getting to prove their love for the KING, is possible in an eye-opening, and maybe even shocking new way. Swiss start-up SKIN46 brings this to life, by giving the chance to have a tattoo made with the biogenic material of Elvis Presley or any other living Celebrity Star. Many fans would jump at the chance to have a part of Elvis under their skin forever? And show the