Knowbella Files Form 1-A with the U.S. SEC to Launch Regulation A+ STO 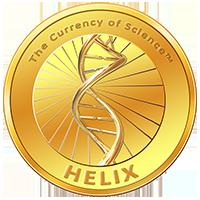 Helix, "The Currency of Science?"

One of the first to file a regulated Initial Coin Offering (ICO) with the U.S. Securities and Exchange Commission.Cincinnati, Ohio – June 13, 2018 - Knowbella Helix Inc. (“Knowbella” or the “Company”), a scientific collaboration company, today announced that on June 7, 2018, it filed an Offering Statement on Form 1-A with the Securities and Exchange Commission to launch a Regulation A+ securities token offering (STO) in the United States. The Offering Statement relates to an offering of $50 million of Helix™ tokens under Tier 2 of Regulation A+. “Until now almost no other firm has launched an STO, or what some might call, a regulated ICO, using an SEC-compliant Reg A+,” said Mark Pohlkamp, CEO. “Knowbella aims to be among the first to use this innovative model to launch its Helix™ token, “The Currency of Science™”.The net proceeds of this offering will be used primarily to launch a blockchain-enabled open science crowdsourcing platform (the Knowbella Platform) that aims to unlock up to $4 trillion of idle intellectual property. Collaborating scientists will be rewarded Helix for collaborating on the Knowbella Platform. Of particular interest is enabling the underserved scientists in Africa, Asia, and Latin America to collaborate.Utilizing Regulation A+, Knowbella plans to make its Helix™ tokens available to anyone interested in participating in the open science effort. Typically, in the U.S., only accredited investors qualify to invest in early stage companies. With Regulation A+ approval, Knowbella intends to provide non-accredited investors the opportunity to participate too.Pohlkamp continued, “Regulation A+ allows us to advertise and reach many who may have an interest in our scientific platform and business. An approved STO will allow us to offer participants an equity opportunity in our Company in the form of Helix™ tokens. Helix™ may be considered by some to be a cryptocurrency as we intend it to be traded on an SEC-compliant exchange.” Knowbella has tied its Class H Common Shares to the Helix™. This means that under certain circumstances, if the Company experiences certain liquidity events, the holders of Helix™ gain certain equity in the Company while keeping their Helix™ tokens.Knowbella has engaged Keating Muething & Klekamp PLL as its legal advisors for the offering.Knowbella plans to “test the waters” to gauge market demand for its proposed Regulation A+ offering prior to qualification of its offering statement by the SEC. No money or consideration is being solicited by the information in this press release or any other communication and, if sent, money will not be accepted and will be promptly returned. No offer by a potential investor to buy our securities can be accepted and, if made, any such offer can be withdrawn before qualification of this offering by the SEC. A potential investor’s indication of interest does not create a commitment to purchase the securities we are offering. Any such indication of interest may be withdrawn or revoked, without obligation or commitment of any kind, at any time before notice of its acceptance is given and all other requirements to accept an investment from a potential investor are met after the offering qualification date. The offering, after qualification by the SEC, will be made only by means of an Offering Circular. Any information in this press release or any other communication shall not constitute an offer to sell or the solicitation of an offer to buy, nor shall there be any sales of these securities in any state or jurisdiction in which such offer, solicitation or sale would be unlawful prior to qualification for sale as provided in Regulation A+ in any such state or jurisdiction. You may obtain a copy of the Preliminary Offering Circular and the Offering Statement in which such Preliminary Offering Circular was filed with the SEC by visiting: https://www.sec.gov/Archives/edgar/data/1742956/000095012318006161/d553677dpartiiandiii.htmThis press release contains forward-looking statements. The use of any of the words "anticipate", "continue", "estimate", "expect", "may", “plans”, “aims”, "will", "project", "should", "believe" and similar expressions are intended to identify forward-looking statements. Although the Company believes that the expectations and assumptions on which the forward-looking statements are based are reasonable, undue reliance should not be placed on the forward-looking statements because the Company can give no assurance that they will prove to be correct. Since forward-looking statements address future events and conditions, by their very nature they involve inherent risks and uncertainties. These statements speak only as of the date of this press release. Actual results could differ materially from those currently anticipated due to various risk factors, which are discussed in the Company's Preliminary Offering Circular, which is filed with the SEC on www.sec.gov. While the Company may elect to, it does not undertake to update this information at any particular time.ABOUT:Knowbella's mission is crowdsourcing the global scientific community around orphan and dormant intellectual properties to advance science and generate a public good. The freely available Knowbella Platform that will result from a successful Initial Coin Offering (ICO) will enable scientists to collaborate around advancing technologies. Scientists will be rewarded for their conduct of science within the Platform with Helix™, “The Currency of Science™.”CONTACT:Mark Pohlkamp, CEO +1.513.260.4400 https://Knowbella.Tech Mark@Knowbella.Tech Twitter: @Knowbella Telegram: https://t.me/knowbella PO Box 30085 Cincinnati, OH 45230

You can edit or delete your press release Knowbella Files Form 1-A with the U.S. SEC to Launch Regulation A+ STO here