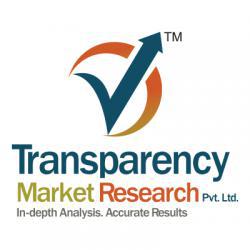 Hydrogen cyanide is used to manufacture sodium cyanide and potassium cyanide, used mainly in gold and silver mining and for electroplating of those metals. HCN is added to butadiene to produce adiponitrile, a precursor to Nylon-6,6. Hydrocyanic acid is primarily used to manufacture products such as acrylonitrile, adiponitrile, cyanogen chloride, cyanuric chloride, acrylates and methacrylates, cyanide, and ferrocyanide. It is also used as an insecticide and rodenticide, usually by fumigation. Furthermore, various chelating agents such as EDTA and NTA are manufactured using hydrogen cyanide. Hydrogen cyanide forms in limited amounts from many combinations of hydrogen, carbon, and ammonia. It is currently produced in great quantities through several processes and is also recovered as a waste product from the manufacturing of acrylonitrile.

An important driver of the hydrogen cyanide market is the demand for manufacturing of sodium cyanide and potassium cyanide, used in the mining of silver and gold. Another key driver of the hydrogen cyanide market is its increasing use in production of adiponitrile, which is the precursor to manufacture nylon 66. However, a major restraint the hydrogen cyanide market encounters is the highly toxic nature of the compound, which makes it difficult for transportation or storage. Hydrogen cyanide is extremely poisonous to human, as it binds irreversibly to the iron atom present in the hemoglobin, disabling it from transporting oxygen to the cells or tissues of the body. It also interferes with ATP (adenosine triphosphate), the main energy storage molecule in the body. The combination of these two events rapidly brings the body’s metabolism to a halt, resulting in death.

Key manufacturers of the hydrogen cyanide market are the BP Chemicals, DuPont, and HINDUSTHAN CHEMICALS COMPANY, and Ascend Performance Materials.

Our data repository is continuously updated and revised by a team of research experts, so that it always reflects the latest trends and information. With a broad research and analysis capability, Transparency Market Research employs rigorous primary and secondary research techniques in developing distinctive data sets and research material for business reports.

01-24-2019 | Industry, Real Estate & Constr …
Researchmoz Global Pvt Ltd.
Global Hydrogen Electrolyzer Market to 2025| Nel Hydrogen, McPhy, Hydrogenics, T …
Researchmoz added Most up-to-date research on "Global Hydrogen Electrolyzer Market Insights, Forecast to 2025" to its huge collection of research reports. Hydrogen, used across various industrial applications such as chemicals, electronics, glass, etc., is produced both as a principal product and a by-product. More than 90% of total hydrogen demand across the globe depends upon fossil fuel based resources. Only a small fraction of this demand is met by hydrogen produced
10-29-2018 | Business, Economy, Finances, B …
Persistence Market Research
Global Hydrogen Market: Competitive Assessment
Understanding several aspects of the global hydrogen market, Persistence Market Research has presented a well-structured analysis various trends, opportunities, challenges, restraints and growth drivers influencing the global market in its latest insightful research publication titled “Hydrogen Market: Global Industry Analysis (2012-2016) and Forecast (2017-2025).” Several aspects of the market are assessed across important regions of North America, Latin America, Europe, Asia Pacific and Middle East and Africa. The exhaustive research
10-23-2018 | Business, Economy, Finances, B …
Research 2 Reports
Hydrogen Analyzer Global Market Research Report 2018
GET SAMPLE REPORT @ https://www.research2reports.com/sample-report-instrument/hydrogen-analyzer-market/79671 Hydrogen Analyzer Report by Material, Application, and Geography � Global Forecast to 2022 is a professional and in-depth research report on the world's major regional market conditions, focusing on the main regions (North America, Europe and Asia-Pacific) and the main countries (United States, Germany, united Kingdom, Japan, South Korea and China). The report firstly introduced the Hydrogen Analyzer basics: definitions, classifications, applications and market overview; product specifications;
07-12-2018 | Business, Economy, Finances, B …
Transparency Market Research
Hydrogen Generator Market
Transparency Market Research has released a new market report titled Hydrogen Generator Market – Global Industry Analysis, Size, Share, Growth Trends, and Forecast, 2016 – 2024. According to this report, the global hydrogen generator market revenue for stood at US$ 792.44 Mn in 2015 and is expected to reach US$ 1,255.76 Mn by 2024 at a CAGR of 5.25% from 2016 to 2024. Browse the full Hydrogen Generator Market By Product
01-19-2018 | Industry, Real Estate & Constr …
E+E Elektronik Ges.m.b.H
CO2 Probe Resistant to Hydrogen Peroxide
The digital EE871 probe from E+E Elektronik measures CO2 concentrations up to 50,000 ppm (5 % CO2). The compact probe is now available with a special filter cap which, ensures high accuracy and long-term stability in H2O2 contaminated environment. This opens up new applications for the EE871, particularly in the pharmaceutical and biotech industries, where hydrogen peroxide is used for cleaning and sterilization purposes. The EE871 is a high accuracy
07-14-2017 | Business, Economy, Finances, B …
Persistence Market Research
Hydrogen Market to Remain Lucrative by 2021
Growing secondary end-user industries and increasing use of hydrogen in refinery hydro-processing are some of the major factors fuelling the growth of the hydrogen market for hydrogen fuel cell vehicles. Since the hydrogen is used in petroleum refining processes, the industry is impacted by unstable growth of the latter. However, increasing demand for clean transportation (the reason for unstable growth of petroleum refining industries) is supporting growth of the hydrogen
Comments about openPR
OpenPR is clearly structured and remains true to its principle of confining itself to the essential parts. OpenPR has proven to be a very good and reliable partner to our media agency: Within the shortest time the releases are online and go down well with the media representatives. The success of OpenPR is reflected in the steadily increasing number of press releases. It is good that OpenPR exists!
Ursula Koslik, Director Marketing & PR, F+W Hamburg