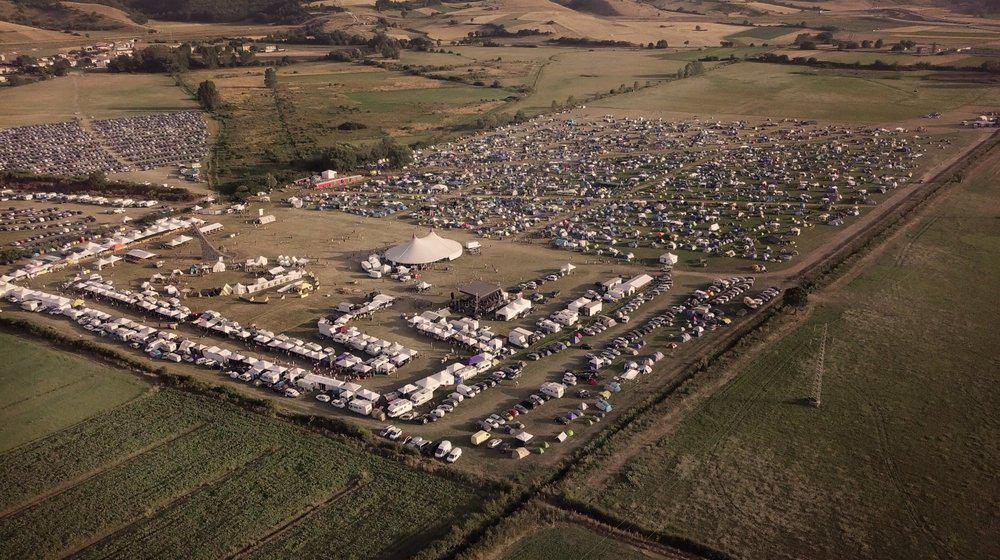 A dance of unity is the positive message for the 16th edition of the Montelago Celtic Festival, which in 2018 features bands from Ireland, Canada, France, Spain and Italy in a diverse programme that ranges from traditional Celtic music to the avant-garde. From August 2nd-4th, the alpine plains of Colfiorito on the Umbria-Marche border of central Italy will once again heave to the energetic bonhomie of 20,000-plus enthusiasts from all over Italy and beyond. The festival kicks off on Thursday night with the European Celtic Contest – showcasing Europe’s best up-and-coming musicians for the promise of performing at European Celtic festivals in 2019 – and finishes at daybreak on Sunday 5th.For organizers Maurizio Serafini and Luciano Monceri – who will open Friday night’s main stage performances with their own characteristic flair – the festival’s message stems from a sense of disenchantment with a world characterized by growing discord, anger, xenophobia, pollution, and fake news, along with the unmet commitments, antipathy, and divisiveness of the world’s national and business leaders. While Montelago has already established itself as a symbol of escape from the quotidian grind, this year there is greater focus on a ‘conscious lightness’: “We need a smile. A community of understanding and sharing. So we have a simple yet strong message: we want to see more harmony, beauty, closeness, love. We want to see everyone dancing, as a free and creative expression of body and mind, united – not divided – in bare feet on the green grass of an alpine meadow without fences, energized by the passionate jigs of violins and bagpipes.” In support of this spirit and intent, the festival line-up features a wide variety of styles and genres. Selections from the programme include explosive Breton band Digresk; Andalusia's Rarefolk with their singular brand of freestyle folk; veteran Canadian Celtic punk band, The Mahones; sought-after Irish traditional group, FullSet; Riserva Moac & Bukurosh Balkan Orkestra, symbolic group of Montelago's Epicentro initiative in support of the communities affected by Marche's 2016 earthquake; and local favourite Mortimer McGrave, who will enliven their performance with an entourge of circus performers.Launched in 2003, the festival takes place on the Colfiorito plains among the Apennine mountains on the border of the Italian regions of Marche and Umbria. Over the years it has developed into Italy’s largest Celtic festival, and has attracted the attention of Italy’s Ministry of Youth and the BBC thanks to its unique and diverse mix of high-quality cultural and social events, including:- Celtic wedding ceremonies for couples wishing to bind their relationship through sacred Druidic rites, - Celtic games such as tug o’ war and tossing the caber, - traditional Celtic craft, music and dance workshops, - 7-a-side rugby tournament sanctioned by the Italian Rugby Federation, - fantasy literature presentations in the Tolkien Tent, - a Celtic village and Celtic battle reenactments, and - a Celtic market with 70 stalls from all over Italy and Europe offering crafts, clothing, and curiosities.Services include free parking, food and beverage stands featuring local and specialized products – including an award-winning Montelago craft beer and Montelago mead – an open-air market with fresh meat and vegetables, segregated camping areas for families and for bikers, cooling-off points, free wifi, phone charging stations, shuttle buses, breathalyzer testing, and a 24-hour field hospital.Aside from events and activities, the soul of the festival is embodied in the Montelago community – Il Popolo di Montelago – which is both animated and harmonious, and it’s testament to this spirit of camaraderie that in 15 years there’s never been a single bad incident. “For us, this is where the festival succeeds – people come simply to enjoy themselves in an atmosphere of peace and togetherness, surrounded by the beauty of the Apennines. Without the Montelago community, this festival would not exist, pure and simple, and it’s for these people that we’ll keep pushing forward, making sure that they’re getting the best that we can muster.” The festival is organized by Arte Nomade (www.artenomade.com). Further information: www.montelagocelticfestival.it info@montelagocelticfestival.it https://www.youtube.com/user/MontelagoCelticFest https://www.facebook.com/montelagocelticfestival https://twitter.com/MontelagoCF https://www.instagram.com/montelagocelticfestival/An initiative of Arte Nomade, the Montelago Celtic Festival has for 15 years attracted lovers of Celtic music and culture on the first weekend of August to the plains of Colfiorito amid central Italy's Apennine mountains on the border of Umbria and Marche.15 Piazzale Mercurio 62100 Macerata Italy

You can edit or delete your press release Dance! says Montelago, as Italy’s largest Celtic festival celebrates its 16th year in the heart of Apennine splendour here

11-18-2018 | IT, New Media & Software
Up Market Research (UMR)
Virtual Events Market Global Forecast 2018-25 Estimated with Top Key Players lik …
UpMarketResearch offers a latest published report on “Global Virtual Events Market Industry Analysis and Forecast 2018-2023” delivering key insights and providing a competitive advantage to clients through a detailed report. The report contains 107 pages which highly exhibits on current market analysis scenario, upcoming as well as future opportunities, revenue growth, pricing and profitability. The report contains basic, secondary and advanced information pertaining to the Virtual Events global status and
06-12-2017 | Industry, Real Estate & Constr …
ReportsWorldwide
Agrochemicals Market in Italy
ReportsWorldwide has announced the addition of a new report title Italy: Agrochemicals: Market Intelligence (2016-2021) to its growing collection of premium market research reports. The report “Italy: Agrochemicals: Market Intelligence (2016-2021)” provides market intelligence on the different market segments, based on type, active ingredient, formulation, crop, and pest. Market size and forecast (2016-2021) has been provided in terms of both, value (000 USD) and volume (000 KG) in the report. A
03-09-2017 | Health & Medicine
Renub Research
Italy Proton Therapy Market
Proton Therapy Market in Italy would double by the end of 2021 from its market in 2016. There are currently three proton therapy centers in Italy that significantly increases their capacity to treat more patients. In Italy the first patients were treated with proton beams in 2002 at the INFN-LNS, Catania. Rising significant cancer incidence in Italy will further enhance the proton therapy market of Italy. Italy Proton Therapy Market,
03-18-2016 | Business, Economy, Finances, B …
QY Market Research
Italy Biopower Market Outl
"Biopower in Italy, Market Outlook to 2025, Update 2015 - Capacity, Generation, Levelized Cost of Energy (LCOE), Investment Trends Regulations and Company Profiles" is the latest report from the industry analysis specialists that offer comprehensive information and understanding of the Biopower market in Italy. Get Sample Report: http://goo.gl/7Agwwf The report provides an in-depth analysis on global renewable power market and global Biopower market with forecasts up to 2025. The report analyzes the
09-12-2014 | Industry, Real Estate & Constr …
GRAITEC Group
GRAITEC Acquires ERA3 (Italy)
Bièvres, France, September 2nd 2014. GRAITEC, an international software developer of BIM, CAD and structural analysis solutions across the AEC sector, and global Autodesk Reseller is pleased to announce the acquisition of ERA3, based in Italy, and its well established Fabrication Information Management software E3Workshop and E3DSTViewer. This strategic step for GRAITEC builds on an already strong position in the steel market place offering steel customers, with or without 3D steel
06-14-2012 | Energy & Environment
WINAICO Deutschland GmbH
WINAICO modules conquer Italy
Press release 6/2012 WINAICO modules conquer Italy Solarexpo and 16MW project in Sardinia successfully completed Creglingen, 31.05.2012 – The official start of the season with the appearance of WINAICO at the Solarexpo, the trade fair for renewable energies in Verona, was a complete success. The Italian subsidiary of Win Win Precision Technology Co., Ltd., WINAICO Italia S.r.l., succeeded in entering into numerous useful discussions, generating new contacts and concluding definitive project agreements. “We are
Comments about openPR
OpenPR is clearly structured and remains true to its principle of confining itself to the essential parts. OpenPR has proven to be a very good and reliable partner to our media agency: Within the shortest time the releases are online and go down well with the media representatives. The success of OpenPR is reflected in the steadily increasing number of press releases. It is good that OpenPR exists!
Ursula Koslik, Director Marketing & PR, F+W Hamburg