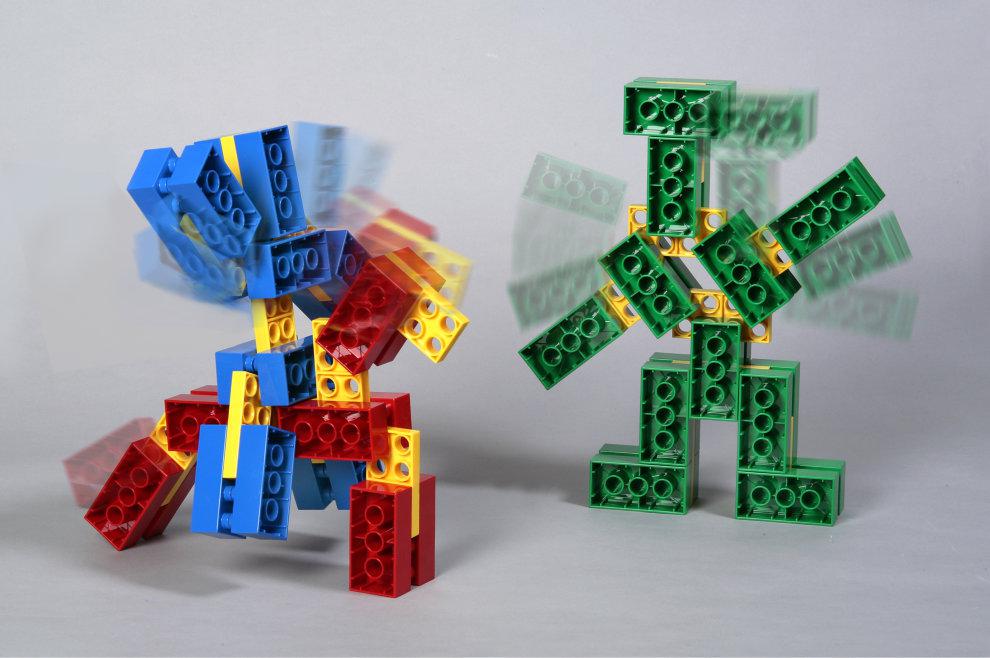 Press Release May 9, 2018, Munich, Germany- COMO®, the revolutionary new building blocks helping to inspire creative children worldwide, is live on global crowdfunding platform Kickstarter and raising funds to bring the project to life. COMO® represents the next generation of building blocks for children and enthusiasts alike. The best thing for parents and children is to build according to their own ideas and imagination. COMO® stands for ‘COmbine and MOdify’, and has been designed for users to do just that. "I have two sons aged 12 and 17. I used to play a lot with Lego® clone bricks when I was a child. I played with my first son many weekends using DUPLO format bricks and Lego® bricks later,” says founder and CEO Frank Karl. “Both of us had the idea to "invent" a brick that has 6 sides for building on. My second son already used the new COMO® bricks of ideas for building figures and models inspired by famous movies.” COMO® has introduced a whole new way for children to build and create. New plates have been designed with holes for building movable connections and connecting two 3D bricks or COMO® bricks with six sides to build on. Within the 3D bricks there are two new COMO® bricks with 4 arms opening up an endless possibility of creations. For the first time, children can use building blocks to create fully moving creations. COMO® has created several models for inspiration such as zoo animals; everything from a horse, giraffe, lobster and many more. Children have a blast building and then being able to move the legs, the head or other parts of the animals. The blocks have been designed to be completely compatible with many of the larger maker brands of children’s blocks allowing COMO® to seamlessly Pit in with larger collections. "For the first time it is possible to build movable models using standard bricks. The moving of parts of the animals enhances the understanding of bodies in your child's brain,” adds Frank. “That's why the bricks have a great educational effect on your child.” Experience an all new way to create by checking out COMO on Kickstarter and choosing the exclusive movable or Christmas tree package. COMO® is currently live and available to support: https://kck.st/2w5FMOPAbout COMO®/Spartas UG founded in 2010 in Munich from 3D printing to molding and back COMO® means combine and modify, i.e. build freely we create new parts for bricks so you can build new models we invent for your creativity COMO® big brick format – children aged 2 to 4+ COMO® small brick format – children aged 4 to 9+ For more information on COMO® please visit https://www.como-baustein.deFrank Karl Bifangweg 10 Munich 80999 Germany

05-18-2018 | Leisure, Entertainment, Miscel …
Spartas
Maypole tree, Christmas tree, every Child's dream: First Mountable Tree For Chil …
With the Kickstarter campaign of the German Spartas UG parents, grandpas, grandmas and nursery teachers may get one of the exclusive COMO®-Block-Sets and support this innovative company by May 29th Munich, May 18th, 2018. The Spartas UG is the first toy brick producer which brings a mountable and demountable tree into the brick market. The best thing is: new bricks/blocks of ideas enable the kids to build on onto six sides
04-19-2018 | Fashion, Lifestyle, Trends
Spartas
COMO® - a new feeling of building in six directions
Munich, April 16th, 2018. The company Spartas has developed new toy bricks during an intensive phase of development. In the child's rooms, these bricks change the style of building completely. From now on children build in three times more directions and they will build movably. The COMO® and COMO®+ products are ready now and you can get them on kick starter because … Within a group we have much more fun
Comments about openPR
OpenPR ist the nicest and most clearly laid out PR platform I have seen to this day. The press releases are displayed very nicely and clearly and without any unnecessary frills. The updates are fast and the finished release looks appealing and is clearly legible. Even with 16 years of experience one discovers new things from time to time. Congratulations!
Gabriele Ketterl, Director Marketing & PR, Menads