The Spiral Statues by Roberto Piaia - in Forte dei Marmi 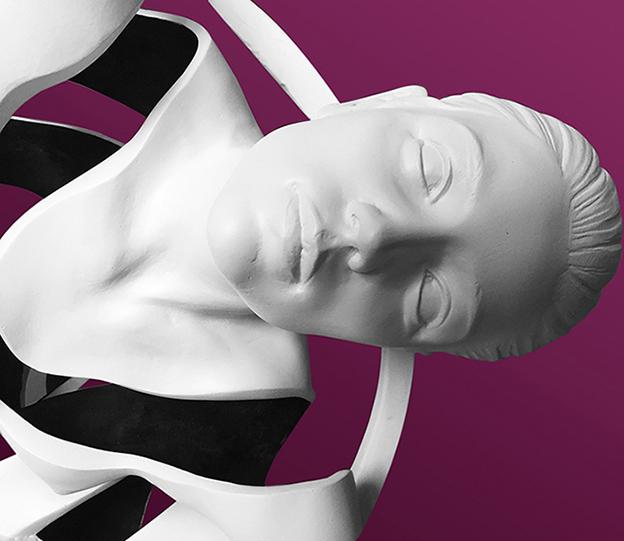 06-27-2022 | Fashion, Lifestyle, Trends
Shiva Tamara
Local Artist Champions Women Rights Cause by Placing a Golden Cape on an Uncloth …
In a bold and courageous move to draw the attention of everyone out there to the issue of women empowerment and women's right to abortion, Shiva Tamara has taken to California to place a golden cape with painted quotes on an unclothed statue, right in front of the Venice sign by main street in Venice Beach. The cape contained quotes such as; 'No Means No,' 'My Body, My Right,' 'I Have
02-03-2020 | Science & Education
STPL3D
Record Set by STPL3d for Smallest Statue of Unity
To understand how big or small a statue is, one has to feel them. Surat-based STPL3D has created the world's smallest 3D printed replica of the "Statue of Unity" with a mission to create a high quality and the precisely detailed miniature Statue of Unity. The replica size is just 13 mm whereas the original statue of unity stands 182 meters tall at the bank of Sardar Sarovar dam in
09-27-2017 | Arts & Culture
Donna Louis
Virgin Mary Statue Offers Hope To Hurricane Harvey Survivors, More Proof Of Mode …
A recent story on KRISTV offered proof that miracles still occur today, not just in ancient times as some believe. A family in Robstown, TX lost their entire home to Hurricane Harvey. The only items that survived the destruction were two statues of the Virgin Mary. One of the residents stated that she was overwhelmed to realize that the only things to survive were "holy things". Is that proof of
10-17-2013 | Arts & Culture
Green Art Gallery
Statue of Limitation
Statue of Limitation Exhibition Dates: 18 November 2013 – 4 January 2014 Opening Reception: 18 November 2013, 6 - 9 pm Green Art Gallery Dubai announces “Statue of Limitation” presenting works by Nazgol Ansarinia, Holger Niehaus, Judith Sönnicken and Alessandro Balteo Yazbeck with Media Farzin. “Let us not be deceived,” Bernard Baruch announced in 1947, “we are today in the midst of a cold war.” The walls may have come down over two
07-26-2011 | Leisure, Entertainment, Miscel …
Blooming Twig Books
Reissue of Award Winning Biography of Doc Watson Coincides with Unveiling of Sta …
New York, NY—Coinciding with the installation and unveiling of a commemorative statue of guitarist Doc Watson in Boone, NC, Blooming Twig Books is reissuing “Blind but Now I See.” This is a no-holds barred biography of the legendary guitarist’s life and career. The book was researched for more than six years, and provides the first ever comprehensive look into the folk music icon’s life. “Blind but Now I See” also
02-21-2011 | Arts & Culture
Blooming Twig Books
Doc Watson Statue to Be Placed In Downtown Boone
The Downtown Boone Development Association (DBDA) is erecting a statue of Doc Watson on King Street in Boone. The statue is to commemorate Doc in the town he got his musical start in. Doc Watson’s only request is that the statue read “Doc Watson: Just one of the people.” In Blind But Now I See, the no-holds-barred account of Doc Watson's life and career, Doc’s experiences in Boone are retold,
Comments about openPR
9 o'clock: discuss press release with client, 10 o'clock: submit release to openPR, within the briefest possible time release is published and displayed in a prominent place on openPR.de. I am thrilled!
Zehra Spindler, Calypso Now! - Communication Agency