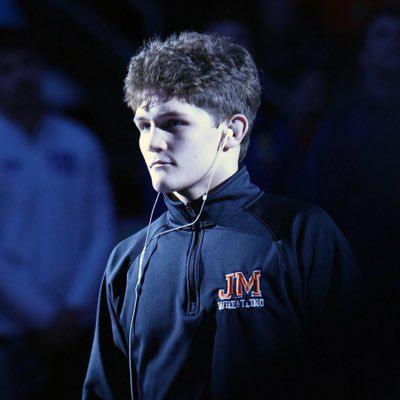 In keeping with this month’s Beat the Streets Benefit as a celebration of the great sport of wrestling, BTS is pleased to announce three new key elements of the blockbuster event, dubbed “Rumble on the River,” set for May 17 at Pier 17/Seaport District in lower Manhattan. • For the first time, BTS will offer a $25 general admission ticket, good for admission to all of the match action, beginning with youth matchups at 2:30 and including the Team USA men and women’s international event and concluding Super Matches. Fans can find their tickets at http://bit.ly/2018-benefit. • A Super High School Match has been scheduled, and it’s a real winner, pitting the nation’s top scholastic 126-lb. star in Patrick Glory of Delbarton H.S. (N.J.) against third-ranked Gavin Teasdale of Jefferson Morgan H.S. (Pa.). Glory, heading to Princeton in the fall, and Teasdale, who will attend Penn State, will wrestle at 130 lbs. • BTS is planning a clinic featuring 2012 Olympian and longtime BTS supporter Jake Herbert on Friday, May 18, the day after the Benefit. Herbert will also be in attendance on the 17th, greeting young wrestlers, coaches and fans. BTS may also host another clinic earlier in the week; plans will be announced soon.The Beat the Streets Benefit is coming together nicely, with several pieces in place. The Team USA women, whose roster includes Helen Maroulis, Alli Ragan and Tamyra Mensah-Stock, will take on a highly-regarded squad from Nigeria, and a lineup of Team USA men (TBD) will battle an opponent to be announced soon. In addition, two Super Matches will take place, with 2012 Olympic Gold Medalist Jordan Burroughs battling Italian Frank Chamizo, and American standout Jordan Oliver challenging two-time Olympic Medalist Togrul Asgarov of Azerbaijan.This year will mark the first time that Beat the Streets has held its annual event at Pier 17/South Street District. In 2013, the event dubbed “The Rumble on the Rails,” was hosted in historic Grand Central Terminal and featured dual meets between Team USA, Russia and Iran. Playing an important role in the international Keep Olympic Wrestling effort, this historic wrestling event gained international media coverage and helped wrestling retain its status on the Olympic Games program. Coverage will be available live and on-demand exclusively on FloWrestling.com. To access live and on-demand coverage of the Beat the Streets New York City Annual Benefit, visit FloWrestling.com and become a PRO subscriber. A subscription unlocks access to premium content across the entire FloSports network, as well as the matches from the Beat the Streets program starting at 2:30 p.m. ET on May 17. Watch the event across all screens by downloading the FloSports app on iOS, Roku or Apple TV 4.About Beat the Streets The mission of Beat the Streets is to develop the full potential of the urban youth and to strengthen the culture of New York City wrestling. BTS works directly with the New York City Department of Education in a public-private partnership to bring the life changing sport of wrestling to over 3,000 New York City student-athletes to help them achieve their personal and athletic goals. Through the operation of wrestling programs in middle and high schools in the five boroughs, BTS and the DOE provide a safe, positive atmosphere in which disadvantaged and at-risk youth can learn the essential life lessons of grit, personal responsibility and teamwork, physical fitness and nutrition, and life-long learning. The goal of fostering strong, well-rounded student-athletes is delivered through coaching, after-school programs, life skills workshops, and summer camps. More information can be found at www.btsny.org.252 West 37th Street, Suite 400 New York, NY 10018

You can edit or delete your press release Beat the Streets Announces Special General Admission, HS Challenge Match, Clinics For May 17 Benefit here