Is Edutainment Positively Effecting Our Learning? 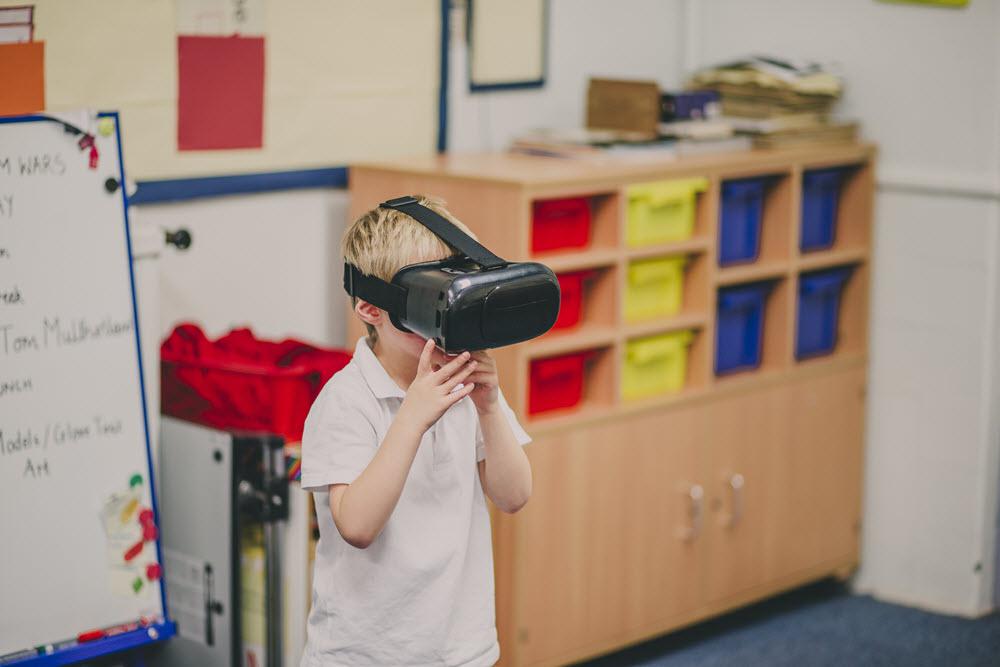 If you are a parent or teacher, no doubt you've become overwhelmed at times by the increasing number of entertainment choices that claim to deliver bone fide educational benefits — ranging from character-based television series to YouTube how-to videos, to interactive video learning games. No wonder: sales in the "game-based learning products" slice of the entertainment-education market is simply exploding right now. One industry analyst, Ambient Insight, estimates sales will jump from $2.6 billion in 2016 to $7.3 billion by 2021. Join us as we take a look at the world of "edutainment" and the effect it's having on our traditional education curriculum.Today's Revolution in Edutainment Changes Everything, Or Does it?With the advent of high-quality educational games for the iPad (thank you Sesame Street, Disney, and Scholastic) immersive VR gaming helmets (thank you Oculus Rift), and video tutorials on practically any subject (thank you YouTube, Khan Academy, and Microsoft's Lynda.com), you might think we've been thrust into a brave new world of entertainment-education that's unlike anything the world's seen before.Well maybe not.Before today's online games, we had educational television and radio programs. (The youngest Baby Boomers will remember TV programs, like Mr. Roger's Neighborhood and School House Rock, while members of the earlier Silent Generation will remember story time radio broadcasts.) Nor is location-based entertainment a new concept: The Children's Museum of Boston opened its doors in 1913, almost 70 years before Disney's Epcot theme park opened in Florida.In 1964, under the leadership of Michael Spock (son of best-selling baby book author Dr. Benjamin Spock), the Boston Children's Museum debuted its first interactive museum display, called "What's Inside." This pioneering interactive exhibit has become the model for museums around the country, including; the Children's Museum of Houston; the Children's Museum of Indianapolis; COSI (Center of Science and Industry) in Columbus, Ohio; Peoria PlayHouse Children's Museum in Illinois; and San Francisco's Exploratorium.As one of the country's oldest museums dedicated to children (second only the Brooklyn Children's Museum, founded in 1899), the Children's Museum of Boston pioneered the development of fully interactive learning experiences for kids in a museum setting.Choosing Hands-on-Learning Opportunities: From Montessori to MakerspacesStudents of educational learning theory (e.g. pedagogy) should be waving their hands right about now to remind everyone that Dr. Maria Montessori was one the original pioneers of interactive, hands-on learning methods. Montessori developed a constructivist theory in which students learn more effectively through "discovery," e.g. by working and experimenting with materials directly (rather than retaining information from rote instruction drills). Interestingly, her theories first flourished in the US during the time that the Boston Children's Museum was founded in 1913, and once again in the 1960s, when Montessori's Method of education first gained a major foothold in the American pre-school and kindergarten education system.Hands-on learning-by-doing is one of the hottest segments of the Edutainment marketplace right now. Take a look at this clip of middle schoolers taking part in a program at the makerspace within the Arizona Science Center in Phoenix.Middle-school students learn how to create things using shop tools, 3D printers, and more at the "Create University" event sponsored by TechForce held at the Arizona Science Center in Phoenix. (Check out the heavy-duty wood topped Formaspace tables at 1:00 minute in.)The Right Edutainment Projects Can Help Develop Key Career SkillsParents and teachers take note! As the Arizona Science Center video points out, this kind of hands-on learning in a makerspace reinforces what students are supposed to be learning in their STEM (science, technology, engineering, mathematics) curriculum at school.It's important to make judicious choices when investing your time and money in edutainment offerings as they can make a significant difference.Interest levels are high when kids have an opportunity to apply their newly acquired knowledge in a playful, experimental environment, e.g. one where they can make their own fun — their own toys if you will. In other words, in order to help young people become better learners, it's important to give them unstructured opportunities to apply the skills they have learned in school — by offering projects that interest them.Experimentation and play can also help students discover and develop important job skills. Experience gained by taking part in summer "coding camps," building interactive robot devices, or learning how to make videos and 3D animations, can help young minds discover a lifelong passion for software development, mechanical engineering, game development, and communication.One of the standout role-models for young minds interested in bringing their own creative inventions to life is Limor Fried, a.k.a. Lady Ada. She's the founder of Adafruit Industries, a New York City-based open source hardware business that's at the heart of the maker movement.Don't let Limor Fried's colorful hair and playful product names fool you, she is a serious, savvy businesswoman who has created a worldwide legion of young fans (especially young girls) who aspire to make things.What does Edutainment success look like?Read more ... https://formaspace.com/articles/education/is-edutainment-positively-effecting-learning/?utm_source=openpr&utm_medium=content&utm_campaign=article-103117Formaspace advances the spirit of discovery and creation through the design and manufacture of custom business furniture. Our furniture marries form to function with flexible solutions for clients in the laboratory, industrial, and office environments.Formaspace serves over 80% of the Fortune 500, as well as universities, governments, small businesses, and individuals.Formaspace 1100 E. Howard Lane, Suite 400 Austin, TX 78753 800.251.1505

You can edit or delete your press release Is Edutainment Positively Effecting Our Learning? here