Keyboard App TYPANY and BIGO LIVE Are Just the Beginning 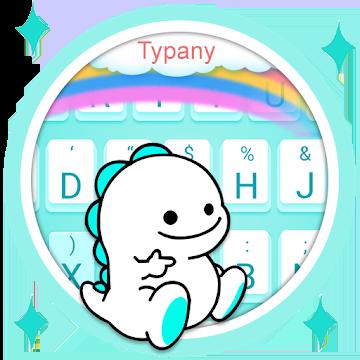 TYPANY, a well-known keyboard app which supports more than 100 languages, now collaborates with BIGO LIVE, are recently seeking a series of strategic partnership together. In the light of the newest business plan, both sides have decided to conduct a co-branding campaign. As two of the most admired global companies, both the built-in keyboard and live broadcast have been well received by users worldwide. Undoubtedly, the effectiveness of this crossover marketing in the future could be highly expected. As we all know, BIGO LIVE is one of the most influential and fast-developing global video live streaming platform. With regard to the contents of cooperation in the first stage, TYPANY now has designed an exclusive BIGO LIVE keyboard theme and launched on the global market. At the same time, BIGO LIVE is ready to host live music show with its internet celebrities online for Typany’s brand new keyboard theme. For TYPANY, product localization is the only access to suit the needs of the global market. "We are extremely excited to be rolling out TYPANY Keyboard with BIGO LIVE worldwide and hopefully much more other footprints. One of a few reasons why we felt that BIGO LIVE is an extremely strategic partner is because of their extensive outreach globally. We are sure that this partnership will bring about more great benefits to both sides of end users,” Eveline, Product Director of Sogou, Inc., maker of the Typany Keyboard. Devoted to offering the most convenient and pleasing typing experience to users from all over the world, TYPANY has been listed on Google Play many times and received critical acclaim from respected industry analysts. Gizmodo described TYPANY as providing “the ultimate in bright” and Android Authority effused that TYPANY “does have a ton of flash”. The collaboration with BIGO LIVE would surely pave a way for further development. As such, TYPANY welcomes all forms of global-wide strategic partnerships and is willing to diversify cooperation forms with any partners to ensure bilateral benefits regarding the growth of global users.ABOUT TYPANY Typany Keyboard App is powered by Sogou, well known in China for its language input method, universally employed by Chinese users. Sogou has been developing smartphone software since 2006. Its Keyboard App, Typany Keyboard, has harnessed AI technology to provide a performance edge and improved customer experience. Typany’s mission is to team with users to bring the smartest, most diverse, time-saving solution to billions more people worldwide.About BIGO LIVE BIGO LIVE is founded in March 2016 and headquartered in Singapore. It is a mobile Internet company focused on live streaming technology and platform services, and is committed to build a leading global social video broadcast community. BIGO LIVE has over 2000 million users globally in over 20 countries and regions and is currently the market leader in the industry. It is also the fastest growing live broadcasting platform in the world. For more information, please visit www.bigo.tv .PRESS INQUIRIES AND CONTACT DETAILS Contact: Yami Sun, Product Marketing Manager Address: Typany Keyboard, 9th Floor, Sohu.com Internet Plaza, No.1 Park, Zhongguancun East Road, Haidian District, Beijing 100084, PRC Website: http://typany.com/ Email: typany_press@sogou-inc.com

07-24-2018 | IT, New Media & Software
Typany Keyboard
Look! Typany is Blooming in Your Hand
Do you love to dance? Yes? Come on give me your hands! You are not alone now, Typany will dance with you. Wherever and whenever you are, no matter what you want to dance, Typany will appear in front of you with magic. As a well know integrated Keyboard App, Typany now collaborates with LIKE, seeking a new way to engage with users. LIKE is a breakthrough social video platform
07-20-2018 | IT, New Media & Software
Typany Keyboard
Why can Typany Keyboard get Featured in Google Play Store?
What a Special Day! Typany Keyboard was featured by Google Play. We know that getting successfully submitted in the Google Play is very often a tough task. But getting featured is even harder. Since 2018, about 184k new apps released in the Google Play every month. Let us tell you our personal getting-featured experience. In order to give yourself a fighting chance for getting featured in the Google Play, you
07-19-2018 | IT, New Media & Software
Typany Keyboard
Give Donnie Baby a Good Night Kiss Please
In the past few days, Donald Trump was mocked on social media after his ‘disgraceful performance’ during the Helsinki Summit with Russian leader Vladimir Putin. It’s bizarre to say because Putin is younger, but this looks more like a father and son issue for Trump where he admires Putin as “strong and powerful” and Trump wishes to be like him and wants his approval for everything. It is how Trump
07-13-2018 | IT, New Media & Software
Typany Keyboard
Built-in AI Assistant on Your Fingertips - TiPi is Here!
Who is TiPi? Good question! Tipi is a Built-in AI Personal Assistant on Typany Keyboard. TiPi is fulfilling multiple roles, it is your weather reporter, your tour guide, your sports commentator, and your friends. However, it is not a superhero that will do anything for you. You could completely maintain your personal space and autonomy. TiPi will just appear when you need some help so that you can type faster