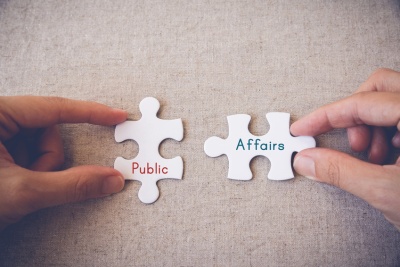 Public affairs are another form of public relations that refers to a very specific group. Large organizations have a great deal of information to impart to the public, as well as other groups that they are responsible to, so a PR department at a big company has a lot of jobs. This is just one department under that public relations banner.

The public affairs department is the PR subsection that deals with the stakeholders of a company. The stakeholders are such an important group, with such very specific needs, that in large companies it requires a specific department to ensure that they get the right information.

What defines a stakeholder is a little more complex. A stakeholder is pretty much anyone outside the company that has an interest in the success or failure of a company. This obviously includes shareholders, but the list is actually quite large. Often, politicians have a vested interest in a company.

That’s why lobbying groups exist; to foster the relationship between the politician and the company that represents their interests. In fact, lobbying is one of the most important functions in the political world, because it allows the views of the stakeholders to be clearly established with the policymakers. Other interested parties that might be known as stakeholders include clients, employees, local communities, business groups, charitable organizations, unions and of course, the media world.

The Function of a Public Affairs Department

As such, public affairs is much more about maintaining tenuous relationships than PR. PA representatives are tasked with making sure that the shareholders of a company get the right financial information, as well as information on movement within the company that may affect their shares, but they are also responsible for ensuring that lobby groups, unions and the press gets the right information. In the last one, the public affairs department will often work directly with the public relations department.