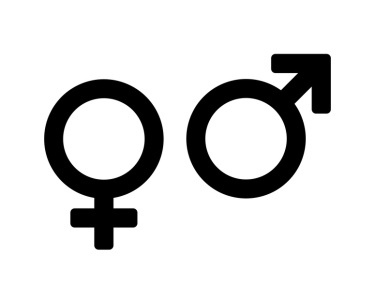 If you have ever been watching a TV commercial that contains specific content that is supposed to appeal to a certain gender, then you have witnessed gender marketing. In this type of marketing, gender displays are used to delineate the role of one gender in relation to the other. This type of marketing is employed across various industries; in fact, it is used so often that some people claim marketers are obsessed with highlighting the roles of gender.

While gender marketing has proven to be an effective strategy for many businesses, many people, including several organizations that focus on equality, are strongly against this type of advertising technique.

While society imposes these gender stereotypes naturally, they are pushed even harder because of advertising. Marketers tend to focus on gender relationships because people tend to identify themselves by their gender, and in the eyes of advertisers, gender can be conveyed with a simple glance. As such, marketers can easily use gender “norms in order to appeal to and attract consumers.

Marketing plays a key role in the socialization of modern, industrialized societies. It is largely used as a way to uphold specific interpretations of societal norms, including gender. For example, advertisements often depict men and women as being different in multiple ways; their attitudes, their actions, their thoughts, their abilities and even their social statuses, for example. It is these types of differences that distinguish different genders.

Gender marketing offers viewers a peek into the world that has become overloaded with gender relations, actions, roles, and displays. In marketing, the differences between genders are designed to copy what is seen in real life. Unfortunately, many people mistake the ideas that are showcased in the fantasy world of advertising for reality. This is where problems in gender marketing can arise.

The Role Gender Plays in Advertising

Many people argue that the images that are crafted in advertising are teaching viewers various social cues. In fact, it is believed that even the most subtle images can have a major impact on the ideals and attitudes of those who view them. Moreover, it has been stated that advertising teaches gender relations. Of the gender roles that are taught through marketing include the concept of masculinity and femininity; women are supposed to be feminine, while men are supposed to be masculine. In gender marketing, there is very little room to deviate from or reverse these roles, with the exception of some small niche markets.

In marketing, women are usually portrayed as being feminine. Advertisements that feature and are targeted toward women tend to feature women:

These actions put women in positions that show they are either powerless or submissive.

More often than not, advertisers portray men as being masculine. Advertisements that feature and are targeted toward men tend to feature men in the following ways:

These depictions show men as being powerful and capable.

Advertisers can define gender “norms” in a multitude of ways. Some examples of gender marketing include the following:

The Benefits of Gender Marketing

For many businesses, gender marketing has proven to be a successful tactic. This is particularly true for companies that make products or offer services that are specifically designed for a specific gender. For example, feminine hygiene products are clearly geared toward women, so using gender marketing can be beneficial, as it tends to catch the attention of women. In turn, this tactic can help to boost the brand recognition of companies that employ this marketing strategy, which can boost their success.

The Disadvantages of Gender Marketing

While directly advertisements toward a specific gender may attract the attention of the targeted audience, many who are against this tactic believe that it does more harm than good. They believe that it perpetuates certain roles and ideals that are supposed to apply to either men or women. As such, this can have great implications on society. For example, this type of advertising ascertains the idea that men are superior to women, or that only one gender should be interested in certain things, and should members of the opposite gender show interest in something that is advertised for a specific gender, then issues with non-conformity may arise, which could lead to harsh realities for those individuals, such as bullying.

Gender marketing is an age-old tactic. While it was once deemed acceptable, today, more and more people are becoming aware of the harsh repercussions that are associated with this form of marketing and are strongly opposed to it. In fact, extensive research has shown the negative effects of this type of marketing and vast organizations are calling to have it eradicated.

In short, while it may be still be commonplace, more advertisers are starting to shift away from this tactic in order to avoid potential backlash that could tarnish the image, and therefore the reputation and success, of a business.