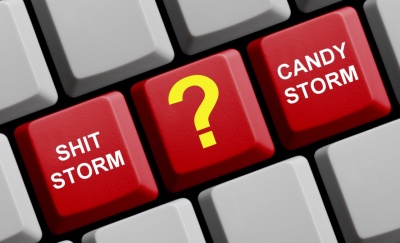 A candystorm is a term that doesn’t have a real meaning of its own. In fact, the best way to find the meaning of the word is to look at the opposite term. The opposite of a “candystorm” is a “shi*storm.” In other words, the opposite of a massive problematic event; a shi*storm usually refers to a series of events that were set in motion.

The way that this relates to PR is that the term “shi*storm” often refers to a huge problem for the company that has been reported in the press. For example, you might use the term when speaking about the Enron scandal or any of the other big scandals that have been in the press lately.

The way that this word was first used was to describe a huge outpouring of support. It was created by a German politician, who was then speaking about Claudia Roth, using it to describe her sudden supporters on Twitter. It was later used by the creator to refer to Edward Snowden, asking people to support him with a Twitter hashtag.

The word became quite popular in Germany, but it has only now started to come over to the rest of Europe. In the United States, it isn’t used very much at all yet, although when it is used, it is usually in PR or marketing circles.

A candystorm is a good thing. It means that you are receiving a whole bunch of good things. In a PR usage, it might refer to a great deal of positive press for your company, or something else that happened that gave their reputation a boost in the press. In a literal sense, people love getting candy, and an entire storm of it is extremely appealing. That’s why the term gained popularity. But like so much new terminology, it will likely change and morph into something quite different as time goes on. For now, if you are in PR or marketing, you always have your fingers crossed for that elusive candystorm.