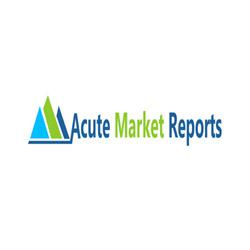 Broadcast switcher, also called as video switcher, video mixer or vision mixer, refers to a hardware device that is used to switch between different video/audio sourcesin film and video production. This enables the producer to mix different video signals and add in special effects captured on a secondary source.The basic function of broadcast switcher is to perform mixes between two videos, hard cuts between cameras and keying operations.
The most prominent factor governing the market growth is the complicated issuesinvolved in broadcasting ultra-high definition (UHD) and high-definition (HD) content. Thus, with the rapidly rising penetration of HD and UHD services, the demand for broadcast switchers would continue to surge substantially in the following years. Further, the market is also driven by the ever-rising television broadcasting industry worldwide. Due to rising consumer preferences, more number of television channelsare being introduced in the industry. This has been the primary factor supporting the demand for broadcast switchers across the globe. In addition, due to ongoing analog to digital television transition, the overall broadcast switcher market growth is projected to remain promising in the following years.

Request Sample: http://www.acutemarketreports.com/request-free-sample/37773
Browse Here For Full Report: http://www.acutemarketreports.com/report/broadcast-switchers-market
About Us:
Acute Market Reports is the most sufficient collection of market intelligence services online. It is your only source that can fulfill all your market research requirements. We provide online reports from over 100 best publishers and upgrade our collection regularly to offer you direct online access to the world’s most comprehensive and recent database with expert perceptions on worldwide industries, products, establishments and trends. Our database consists of 200,000+ market research reports with detailed & minute market research.