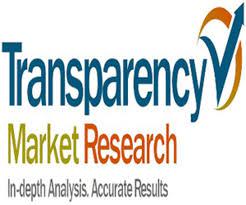 Get an exclusive brochure of this report https://www.transparencymarketresearch.com/sample/sample.php?flag=B&rep_id=7460

Thus, these sensors can be used in large number of applications. However, major factors affecting the growth of non-glass capacitive sensors market is the challenges faced in the manufacturing and fabrication process of these sensors. Additionally, non-glass capacitive sensors are still in the nascent stage of development, thereby restricting their use in complex applications.

Transparency Market Research (TMR) is a market intelligence company, providing global business information reports and services. Our exclusive blend of quantitative forecasting and trends analysis provides forward-looking insight for thousands of decision makers. We have an experienced team of Analysts, Researchers, and Consultants, who us e proprietary data sources and various tools and techniques to gather, and analyze information. Our business offerings represent the latest and the most reliable information indispensable for businesses to sustain a competitive edge.