Alnico Market Predicted to Witness Surge in The Near Future 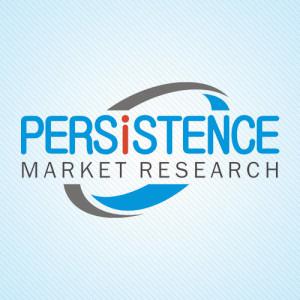 Alnico belongs to the group of permanent (hard) magnets primarily composed of aluminum, nickel and cobalt. They are hard ferromagnetic substances which are widely used in temperature sensitive applications such as hall-effect and MR-based electronic and automotive sensors.They are also known as composite magnets which are usually manufactured from sintering or casting offering superior mechanical characteristics. Alnico magnets are made from the combination of aluminum, nickel and cobalt with small amounts of iron and other small elements that improve the property of the magnet. After rare earth magnets, Alnico is considered as the strongest permanent magnet. It is also used in various household appliances as well as for the production of horse shoe magnets. Report overview @ https://www.persistencemarketresearch.com/market-research/alnico-market.aspThe global market for alnico has been witnessing significant growth owing to rapid expansion of the automotive industry. Alnico magnets are majorly used in several components of an automobile including exhaust systems and sensors among others. Asia Pacific accounted as the largest market for alnico magnets, which was majorly supported by China, followed by several regions in Rest of the World (RoW) such as Latin America and Middle East. After the global economic slowdown in 2008-09, the manufacturing industry in North America has been slowly gaining pace. Alnico magnets are being increasingly implemented in electric motors and various sound reproductive systems such as microphones and loudspeakers. However, over the years, the industry for alnico magnets in this region has been noticeably saturated due to increasing consumption of NdFeB magnets.These magnets have been increasingly superseded by rare earth magnets such as NdFeB as well as ferrite in different automotive and electronic equipments, resulting in low demand from retail and manufacturing companies. However, alnico magnets cannot be replaced completely by rare earth elements due to their wide temperature range and stability. Thus, besides the automotive industry, growing demand for electric motors and sound systemshas been strongly contributing towards the growth of the alnico market.Moreover, rapid growth of industrial activities in emerging regions such as Asia Pacific has resulted in growth of various application sectors such as healthcare, electronics and power generation among others, which in turn is expected to contribute towards the demand for alnico magnets in Asia Pacific over the forecast period.Increasing demand for alnico magnets on account of growth of the automotive industry is expected to be one of the vital factors driving the demand for alnico magnets over the forecast period. Rise in disposable income, improved infrastructure and increasing population are some of the factors driving the demand for automobiles.Moreover, increasing use of alnico magnets in temperature sensitive applications owing to growing industrialization and electronics industry is also expected to contribute towards the growth of the market. However, increasing substitution of alnico magnets by rare earth magnets such as NdFeB on account of larger energy products and stronger magnetic fields, allowing smaller size magnets to be used for a given application is expected to hamper the growth of the market. Increasing application scope of alnico magnets in HEVs coupled with growing demand for these vehicles is expected to open opportunities for the growth of the market over the next few years. Request to View TOC and Sample of Research Report @ https://www.persistencemarketresearch.com/samples/4261Adams Magnetic Products Co., Arnold Magnetic Technologies, Dexter Magnetic Technologies Inc., and Tengam Engineering Inc. are some of the leading manufacturers of alnico dominating the industry.About UsPersistence Market Research (PMR) is a third-platform research firm. Our research model is a unique collaboration of data analytics and market research methodology to help businesses achieve optimal performance.To support companies in overcoming complex business challenges, we follow a multi-disciplinary approach. At PMR, we unite various data streams from multi-dimensional sources. By deploying real-time data collection, big data, and customer experience analytics, we deliver business intelligence for organizations of all sizes.Contact UsPersistence Market Research305 Broadway7th Floor, New York City,NY 10007, United States,Telephone - +1-646-568-7751USA – Canada Toll Free: 800-961-0353Email: sales@persistencemarketresearch.comWeb: http://www.persistencemarketresearch.com

01-14-2021 | Business, Economy, Finances, B …
Persistence Market Research
The Fta Buccal Collection Kits Market to be bolstered by technology
FTA buccal collection kits is used in the collection and analysis of DNA most commonly from the buccal cells or blood. Collection of buccal samples through FTA cards are painless and relatively easily collected, are often preferred source. There are several buccal collection methods such as brushes, swabs, FTA or IsoCode cards. Among all, FTA cards mostly used methods, and this is due to FTA card produce DNA that
01-14-2021 | Business, Economy, Finances, B …
Persistence Market Research
The Syringeless Based Filters Market to reap the benefits of technology in the n …
A syringeless based filter offers an easier, faster method of removing particulates from samples being prepared for high-performance liquid chromatography (HPLC) analysis. Moreover, that syringeless based filter can add up the money savings, plus the time saved from cutting multiple consumables out of the sample preparation process. Syringeless based filters serve the rapid single step procedure, due to which sample loss is reduced. A shrill trend in the application of
01-14-2021 | Business, Economy, Finances, B …
Persistence Market Research
The Whatman Indicating Mini Cards Market to identify its growth parameters betwe …
Whatman indicating mini cards offers a system through which simplifying the purification, isolation and storage of nucleic acids is possible in a variety of research and diagnostic operations. Additionally, whatman indicating mini cards market has simplifies the processing and handling of nucleic acids with a wide range of applications. It is based on the chemicals, present on whatman indicating mini cards which can denature proteins, lyse cells and protect nucleic
01-14-2021 | Business, Economy, Finances, B …
Persistence Market Research
The Pediatric Respiratory Devices Market to witness livewire performance between …
Pediatric respiratory devices diagnose diseases and conditions from birth through age 21. Pediatric subpopulations are categories as neonates, infants, children and adolescent. Recently, the Food and Drug Administration (FDA) of the United States has been focusing on “Unmet Medical Needs” in the pediatric patients and orphan diseases, and policies to protect pediatric patients in clinical trials for medical devices have been established and reinforced. For instance, vessel sealing devices jejunal