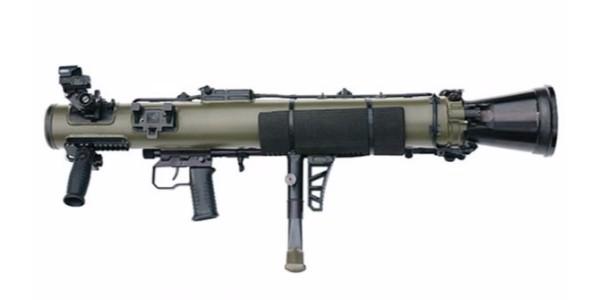 The shoulder-fired or ground-fired weaponries that can be carried by a single soldier and are used to destroy any armored tanks, aircrafts, vehicles, and incoming missiles are known as man-portable anti-armor weapons. These weaponries, of the guided as well as the unguided variety, are highly effective against intended targets. Man-portable anti-armor weapons are typically single-shot weapons while some technologically advanced modern varieties are also multi-shot weapons.The demand for man-portable anti-armor weapons has increased at a steady pace in the past few years, owing chiefly to a vast rise in defense budgets of developed as well as developing economies. The rising demand for lightweight anti-armor weapons is encouraging vast developments in the areas of weapon design and technology. This trend is expected to remain one of the key forces guiding the scope of development of the global man-portable anti-armor weapons market in the near future.Transparency Market Research estimates that the global man-portable anti-armor weapons market, which in terms of revenue was valued at US$3.64 bn in 2016, is expected to reach US$6.38 bn by 2025, exhibiting a CAGR of 6.5% from 2017 to 2025.Get PDF Sample of This Report @ https://www.transparencymarketresearch.com/sample/sample.php?flag=S&rep_id=23408Recoilless Rifles to Emerge as Segment with Most Promising Growth ProspectsOn the basis of type, the global man-portable anti-armor weapons market has been segmented in the report into anti-aircraft missiles, rocket propelled grenades, anti-tank rifles, and recoilless rifles. Of these, the segment of rocket propelled grenades contributed the dominant share in revenue to the global market in 2016. Guided rocket propelled grenades are highly effective in destroying targets such as enemy main battle tanks, armored vehicles, and aircrafts at short and long ranges with high precision and are expected to witness strong growth over the report’s forecast period as well.However, the segment of recoilless rifles, which held third-largest share in 2016, is expected to emerge as the most promising segment in terms of incremental growth opportunity over the forecast period. The demand for recoilless rifles is expected to benefit from their increasing usage among the defense forces as the projectiles fired from these rifles travel at a faster rate than most other man-portable anti-armor weapons. The demand for anti-tank rifle was comparatively less among the military forces in 2016, however, the demand is estimated to grow at a steady pace over the period from 2017 to 2025.View This Report @ https://www.transparencymarketresearch.com/man-portable-antiarmor-weapons-market.htmlMarket to Witness Most Promising Growth Opportunities in Asia PacificOn the basis of geography, the global man-portable anti-armor weapons market has been segmented in the report as North America, Europe, Asia Pacific, Middle East and Africa, and Latin America. Of these, the market in North America contributed the dominant share of revenue in 2016 due to immense research and development activities undertaken in the field of lightweight anti-armor weapons.Although the North America market will continue to hold a massive share in the global market over the forecast period, the market in Asia Pacific is expected to register the most promising growth rate. This is attributed to the fact that emerging economies such as China and India are investing vast sums in designing and developing new technologically enhanced lightweight anti-armor weapons, while South Korea and other countries in rest of Asia Pacific are regularly procuring these man-portable anti-armor weapons.Press Releases @ https://www.transparencymarketresearch.com/pressrelease/man-portable-antiarmor-weapons-market.htmSome of the leading companies actively participating in the global market for man-portable anti-armor weapons market are Lockheed Martin Corporation (U.S), Bharat Dynamics Limited (India), General Dynamics Corporation (U.S), Saab AB (Sweden), Raytheon Company (U.S), Thales Group (France), BAE Systems PLC (U.K), MBDA Missiles Systems (Germany), KONSTRUKTORSKOYE BYURO MASHYNOSTROYENIYA (Russia), and Nammo AS (Norway).Transparency Market Research (TMR) is a next-generation provider of syndicated research, customized research, and consulting services. TMR’s global and regional market intelligence coverage includes industries such as pharmaceutical, chemicals and materials, technology and media, food and beverages, and consumer goods, among others. Each TMR research report provides clients with a 360-degree view of the market with statistical forecasts, competitive landscape, detailed segmentation, key trends, and strategic recommendationsTransparency Market Research 90 State Street, Suite 700 Albany, NY 12207 Tel: +1-518-618-1030 USA - Canada Toll Free: 866-552-3453 Email: sales@transparencymarketresearch.com Website: www.transparencymarketresearch.com

09-18-2020 | Business, Economy, Finances, B …
Transparency Market Research
Orange Pulp Market - Global Industry Analysis, Size, Share, Growth, Trends, and …
Oranges are one of the types of citrus fruits that are consumed all over the world. The orange pulp market is growing these days because of its nutrient content. Orange pulp is a good source of dietary fiber as it is a product of orange, it is enriched with vitamin C. Orange pulp also contains vitamins A and B apart from vitamin C. It is also a major source of
09-18-2020 | Business, Economy, Finances, B …
Transparency Market Research
Basil Extracts Market - Global Industry Analysis, Size, Share, Growth, Trends, a …
The global basil extracts market is slated to grow alongside advancements in natural healthcare treatments. The use of basil and other herbal products within healthcare has played an integral role in driving demand. A research published in the Proceedings of the National Academy of Sciences reveals key benefits for the health of humans. The research study finds that consumption of basil extracts could help in treating high blood pressure and
09-18-2020 | Business, Economy, Finances, B …
Transparency Market Research
Spoonable Yogurt Market - Future Scenarios and Business Opportunities Analysis T …
Spoonable yogurt is a processed dairy product produced by the bacterial fermentation of milk. Spoonable yogurt has a smooth and glossy texture. Spoonable yogurt is available in the semi-solid form and can be scooped up and consumed directly. Hence, it is called spoonable yogurt. Spoonable yogurt’s soft nature allows it to be eaten by consumers of all age-groups such as infants and elderly. Moreover, spoonable yogurt is a friendly nutritional
09-18-2020 | Industry, Real Estate & Constr …
Transparency Market Research
Tapes and Labels Market - Global Industry Analysis, Size, Share, Growth, Trends, …
Tapes and labels are continuous flexible strips of plastic, paper, metal, cloth, or other materials coated with an adhesive that sticks to a variety of surfaces. Tapes are used for the purpose of masking, marking, labelling, and conductive shielding. Labels are used for the packaging of food & beverage products. Based on backing material, the Tapes and labels market can be divided into polyvinyl chloride, cloth, paper, polypropylene, and others.

03-21-2019 | Business, Economy, Finances, B …
RAMPF Group
RAMPF Korea – Producing in Asia for Asia
Joint Venture for the Asian markets – The international RAMPF Group has realigned the cooperation with its long-standing partner Orient Dosiertechnik from Korea with the founding of RAMPF Korea Co., Ltd. The new company based in Hwaseong City is developing and producing mixing and dispensing systems specifically for the Asian markets. Within the framework of the new joint venture based in Hwaseong City, mixing and dispensing systems are being developed and
01-23-2019 | Business, Economy, Finances, B …
International Property Media
LIXIL Asia Presents Asia Pacific Property Awards
Through its power brands GROHE and American Standard, LIXIL Asia signs a three-year deal to become the Headline Sponsor of the Asia Pacific Property Awards from 2019 until 2022. 23rd January 2019: The International Property Awards, first established in 1993, are open to residential and commercial property professionals from around the globe. They celebrate the highest levels of achievement by companies operating within the architecture, interior design, real estate and property
12-12-2014 | IT, New Media & Software
Model Engineering Solutions GmbH
MES: Expansion in Asia
Berlin, November 24, 2014: Model Engineering Solutions (MES), the Berlin-based specialist for model-based software development, has significantly expanded its business in Asia. In recent years, MES has built up a network of local partners in Japan, Korea, China, and India in order to benefit from the growing market and increasing interest in model-based development and ISO 26262 in Asia. Asia: Driving force in the automotive industry The automotive industry continues
11-03-2011 | Advertising, Media Consulting, …
Clarion Events Asia
Undersea Defence Technology Asia, UDT Asia 2011
Latest Military Diving Technologies featured in UDT Asia Equipping Asia’s navies with the latest diving technology for asymmetric warfare and operations SINGAPORE, 17 October 2011 - Naval diving and underwater special operations is a field that is seeing increased attention and investment amongst navies in Asia. Units such as the Indonesian Navy‟s KOPASKA, the Republic of Singapore Navy‟s Naval Diving Unit (NDU), the Royal Malaysian Navy‟s PASKAL are increasingly utilising specialised equipment for conducting
06-10-2011 | Politics, Law & Society
Clarion Events Asia
UDT Asia 2011
Clarion Events hosts the Undersea Defence Technology (UDT) Asia 2011 conference and exhibition to bring senior naval and industry personnel together to cover underwater developments in the region Singapore, May 30 – Clarion Events is hosting UDT Asia on 30 November – 1 December 2011. The event brings together the undersea defence community in Asia, featuring top regional naval speakers, who will be addressing the latest underwater requirements for Asian navies. According
09-15-2010 | Industry, Real Estate & Constr …
eltherm GmbH
eltherm goes Asia
Finally all preparations are finished and the new subsidiary of eltherm GmbH, eltherm Asia Pacific Pte Ltd has commenced operations in Singapore on 1st April 2010. To celebrate the starting shot, an opening celebration was held in the afternoon of 28th July in the office premises followed by a get together dinner and drinks in the evening at a pub. A total of 62 guests attended the event with the
Comments about openPR
OpenPR ist the nicest and most clearly laid out PR platform I have seen to this day. The press releases are displayed very nicely and clearly and without any unnecessary frills. The updates are fast and the finished release looks appealing and is clearly legible. Even with 16 years of experience one discovers new things from time to time. Congratulations!
Gabriele Ketterl, Director Marketing & PR, Menads