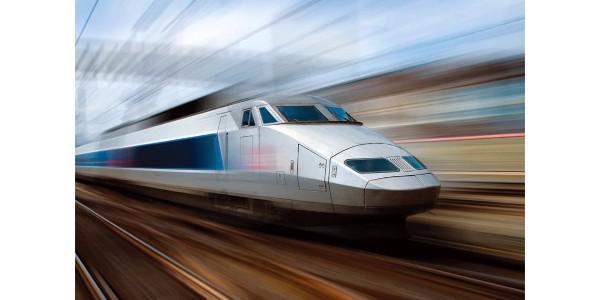 Autonomous trains is the most sophisticated technology in the field of railway transport system. Technologically advanced system are used in trains to operate it without the aid of a driver and the safety of the passengers is increased. These trains are furnished with high-powered cameras, latest sensors, GPS data, and onboard computer systems. Autonomous train operation consist of different components which can be automated and based on the automation of components the Grades of Automation (GoA) are decided. The automation of train also consist of passenger safety technology which are included in autonomous train protection. Different terms used in autonomous trains market are: Automatic Train Protection (ATP), Automatic Train Operation (ATO), Automatic Train Control (ATC), Semi-Automatic Train Operation (STO), Driverless Train Automation (DTO), and Unattended Train Operation (UTO).Railways are considered the most efficient and safe means of transportation compared to highways due to fewer number of accidents recorded. Hence the key market drivers of autonomous trains market are increased demand for safety, increased demand for speed and efficiency, and the government support for implanting automation in the trains. Implementation of automation technologies in trains is proved to be more useful for reducing the number of accidents and pollution, reducing the load on the fossil fuels, and increasing the efficiency. However the cost of train automation is very high which could slow the growth of the autonomous trains market coupled with the high possibilities of hacking the system.Continuous research and development in the field of automation technology, increased concentration of manufacturers on developing trains implemented with some grade of automation, and government support have unveiled great opportunities for the autonomous trains market.Get PDF Sample of This Report @ https://www.transparencymarketresearch.com/sample/sample.php?flag=S&rep_id=25643Subway/Metros Exhibit Higher Rate of AutomationThe Autonomous Trains market has been segmented into three categories: based on grade, based on train type, and region. In terms of grades, the autonomous trains market is segregated as GoA1 + GoA2, GoA3, and GoA4. GoA1 trains consist of ATP with driver and all other components are operated manually. GoA2 trains have ATP and ATO with driver, automatic accelerating and stopping of train, and other functions are controlled manually. In the GoA3 trains train is operated automatically without the aid of driver. In these trains setting train in motion and stopping train are performed automatically, doors are operated by train attendant. In GoA3 trains, stopping the train in case of disruption is done by the train attendant. The GoA4 trains are fully automated and are unattended.View This Report @ https://www.transparencymarketresearch.com/autonomous-trains-market.htmlIn terms of train type the autonomous train market is segmented as long distance train, Suburban trains, tram, Monorail, and subway/metro. Subway/metros has higher rate of automation. Followed by the suburban trains. Monorails were developed in Germany in 1990, and growing in the other regions too.Asia Pacific Emerges Dominant due to Increased Rate of Train Track LayingIn terms of region, the Autonomous trains market has been classified into North America, Europe, Asia Pacific, Middle East & Africa, and Latin America. Currently the Asia Pacific region is dominating the autonomous trains market. Increased rate of train track laying, awareness about the technologies and government support for the implementation of the autonomous technologies in the train, these factors are leading the Asia Pacific in the market of autonomous trains.Press Releases @ https://www.transparencymarketresearch.com/pressrelease/autonomous-trains-market.htmBenefits of train transportation, increased emphasis of governing bodies for automation of railways, and future scope for the automation are attracting the global key players for developing technologically advanced trains. For this the key players are concentrated on merger, acquisition, and collaboration amongst them and governing bodies of different countries. Global key players in the market of autonomous trains are Thales Group, Alstom S.A., Hitachi Ltd., Bombardier Transportation, Ansaldo STS, SIEMENS AG, Mitsubishi Electric, and CRRC Corporation limited.Transparency Market Research (TMR) is a next-generation provider of syndicated research, customized research, and consulting services. TMR’s global and regional market intelligence coverage includes industries such as pharmaceutical, chemicals and materials, technology and media, food and beverages, and consumer goods, among others. Each TMR research report provides clients with a 360-degree view of the market with statistical forecasts, competitive landscape, detailed segmentation, key trends, and strategic recommendationsTransparency Market Research 90 State Street, Suite 700 Albany, NY 12207 Tel: +1-518-618-1030 USA - Canada Toll Free: 866-552-3453 Email: sales@transparencymarketresearch.com Website: www.transparencymarketresearch.com

11-12-2018 | IT, New Media & Software
the machinemaker
Train 18 - A Game Changer? – The Machinemaker
First look of the 16 coaches swanky train rolling out at Integral Coach Factory (ICF) Chennai premises and we knew the future is here! One of the most ambitious project of Indian Railways, Train 18 is here and is all set to conquer the hearts of the Indians. “It’s an indigenous effort and for the first time, such a project has been done by Indian Railways. We did not have
05-25-2018 | Business, Economy, Finances, B …
Global Market Insights, Inc.
Train Seat Market Set for Continued Growth
The global Train Seat Market share report provides numbers for applications and regional segments of the industry covering historical as well as forecast data for decision makers. Increasing government initiatives and investments to develop faster and convenient modes of transportation across the globe will drive the market growth in the forecast timespan. High speed rails require greater infrastructure than the traditional trains and thus require larger investment. Lack of essential infrastructure
04-25-2018 | IT, New Media & Software
TMR Research
Hyperloop Train Market Propitious over 2025
Global Hyperloop Train Market: Snapshot The global market for hyperloop train is likely to exhibit high-speed expansion in the next few years. The demand for cheap and quick modes of transport that incur low base-costs and are built on easier-to-construct infrastructure, are immune to natural calamities such as earthquakes are the key factors expected to work in favor of the global hyperloop train market. The demand is expected to be highest
04-12-2018 | Advertising, Media Consulting, …
Research Trades
Global Train Lighting
“Global Train Lighting Industry Report" is an expert and in-depth analysis of key business and future development prospects, key determinants and restrictions, profiles of major market players, segmentation and forecasting. In this report, the global Train Lighting market is valued at USD XX million in 2017 and is expected to reach USD XX million by the end of 2025, growing at a CAGR of XX% between 2017 and 2025. You can
03-24-2017 | Advertising, Media Consulting, …
Persistence Market Research Pvt. Ltd
Global Train Seat Market
Railways are the cheaper and convenient mode of transportation. Railway infrastructure contributes building the economic growth of the country. As an attractive alternative to road transport and air travel, railways are catering to the high comfort need of travelers. In order to curtail the traffic on the road transport, governments worldwide are focusing on increasing train transits i.e. the number, network and capacities which is one of the primary factors
12-08-2016 | Business, Economy, Finances, B …
ReportBazzar
China Train Seat Market Report to 2021
This report studies sales (consumption) of Train Seat in China market, focuses on the top players, with sales, price, revenue and market share for each player, covering Faurecia Fenix Group Grammer Magna Fainsa Saira Seats The C.E. White USSC Group Shanghai Tanda Shanghai Yuantong Request Sample Report: http://www.reportbazzar.com/request-sample/?pid=644114&ptitle=China+Train+Seat+Market+Report+to+2021&req=Sample Split by product types, with sales, revenue, price, market share and growth rate of each type, can be divided into Regular Seat Recliner Seat Folding Seat Dining Seat Smart Seat Split by applications, this report focuses on sales, market share
Comments about openPR
OpenPR ist the nicest and most clearly laid out PR platform I have seen to this day. The press releases are displayed very nicely and clearly and without any unnecessary frills. The updates are fast and the finished release looks appealing and is clearly legible. Even with 16 years of experience one discovers new things from time to time. Congratulations!
Gabriele Ketterl, Director Marketing & PR, Menads