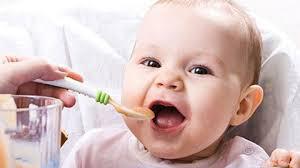 Food is the primary source providing the human body with vital nutrients required for healthy functioning. Similarly, infants require food for their healthy growth and development, which is mostly obtained from breast milk. Infant nutrition is a substitute food for breast milk. The initial 6 months after birth plays a very crucial role in development of a child, wherein ensuring optimal nutrition during this period is of paramount importance. Breast milk is highly nutritious containing carbohydrates, proteins, fats, minerals, and vitamins imperative for development of the child. However, in certain cases the mother may not be able to produce breast milk or may not be able breastfeed the baby due to other reasons. In such cases infant nutrition products act as a suitable substitute.

The infant nutrition product market is broadly classified as baby food and infant formula. These segments are similar in application, though have different growth drivers. Prepared food, dried food and other foods come under the baby food segment, whereas the follow-On milk, specialty baby milk, infant milk and growing milk comes under the infant formula segment. Product innovation is a major factor fueling growth of the baby food segment, while constant endeavor of market players towards enhancing product quality augments growth of the infant formula segment. A recent trend observed in the global infant nutrition market is that of increasing consumer inclination towards organic products. Consumers, especially in developed countries in North America and Europe are willing to pay premium amounts for such products, owing to the general perception of these being more healthy and safe as compared to conventional products.

China holds the largest market share in APAC region as it has the highest birthrate and the companies are focusing on the sale of premium products in China, considering its growing economy and growing income of the middle class population.

Infant Nutrition Market Dynamics
According to the Center for Disease Control and Prevention, the total number of births in the U.S. in 2014 was 3,988,076. The birth rate was 12.5 per 1000 people in the region. Moreover, the general fertility increased to 62.9% per 1000 women in the age group of 15 to 44. This rise in fertility is an indicator of the increased birth rate. Owing to the above mentioned reasons, the global infant nutrition market is estimated to grow at a considerable rate over the forecast period.

According to the worldstat.org, the birth rate in Asia was 17.56 in 2011. The birth rate of boys was more than the birth rate of girls in this region. The population of Asia has risen from 4.16 billion in 2010 to 4.43 billion in 2016, which is an increase of around 266 million. This rise in the number of births along with the rise in disposable income and per capita spending on baby care have made the infant nutrition market in this region, a promising one. A new trend observed in the market is that of increasing consumer inclination towards organic infant nutrition products.

Competitive Landscape
Stringent regulatory scenario, creates high entry barrier for new entrants in the market. As per the data of China Certification and Accreditation Administration (CNCA), after implementation of quality and safety standards in 2013, out of over 800 foreign brands selling their product of infant formula, only 94 have received approval to sell their products in China and only two-thirds of the local Chinese have received production permit renewals, who has their infant formula products.

In 2012, Nestle bought Pfizer’s baby food division for US$11.9 billion. This acquisition helped Nestle to expand its reach into emerging markets, as Pfizer had large market share in countries such as India and China.

10-24-2018 | Business, Economy, Finances, B …
Global Atetstation
China Attestation
China is a growing Asian country and day by day many people migrate into the country for pursuing their personal needs. But going into China is not an easy task, we have to face some legal steps ahead. Let us define all this legal action in a single word China attestation. China government placed its embassies all over the world for ensuring the trustworthiness of the immigrant’s certificate. There
08-02-2017 | Business, Economy, Finances, B …
ReportsWorldwide
Packaged Water in China
ReportsWorldwide has announced the addition of a new report title Packaged Water in China to its growing collection of premium market research reports. Packaged Water in China industry profile provides top-line qualitative and quantitative summary information including: market share, market size (value and volume 2011-15, and forecast to 2020). The profile also contains descriptions of the leading players including key financial metrics and analysis of competitive pressures within the market. Synopsis: Essential resource
06-08-2017 | Energy & Environment
ReportsWorldwide
Agrochemicals Market in China
ReportsWorldwide has announced the addition of a new report title China: Agrochemicals: Market Intelligence (2016-2021) to its growing collection of premium market research reports. The report “China: Agrochemicals: Market Intelligence (2016-2021)” provides market intelligence on the different market segments, based on type, active ingredient, formulation, crop, and pest. Market size and forecast (2016-2021) has been provided in terms of both, value (000 USD) and volume (000 KG) in the report. A
05-29-2017 | Advertising, Media Consulting, …
Color Steel Tile Market
Global Color Steel Tile Market 2017 - South China, East China, Southwest China, …
Color Steel Tile Market Research Report A market study based on the " Color Steel Tile Market " across the globe, recently added to the repository of Market Research, is titled ‘Global Color Steel Tile Market 2017’. The research report analyses the historical as well as present performance of the worldwide Color Steel Tile industry, and makes predictions on the future status of Color Steel Tile market on the basis
04-11-2017 | IT, New Media & Software
Big Market Research Report by BMR
Telecom Cloud Billing Services Explore In Regions (South China, East China, Sout …
Big Market Research has added a report, titled, “China Telecom Cloud Billing Services Market Size, Status and Forecast 2022.” The report offers an extensive information and analysis of sales, production, revenue, key manufacturers, drivers & opportunities, and competitive scenario. Moreover, current industry trends and growth prospects are explored along with thorough analysis of each segment for the historic period, 2012–2017 and the forecast period, 2017–2022. The research also offers insights
02-15-2017 | Business, Economy, Finances, B …
ReportBazzar
Restaurant Markets in China
China’s demand for Restaurant has grown at a fast pace in the past decade. In the next decade, both production and demand will continue to grow. The Chinese economy maintains a high speed growth which has been stimulated by the consecutive increases of industrial output, import & export, consumer consumption and capital investment for over two decades. This new study examines China’s economic trends, investment environment, industry development, supply
Comments about openPR
I can't but agree to the positive statements about your portal: easy to use, clear layout, very good search function, and quick editing!
Jens O'Brien, Borgmeier Media Communication