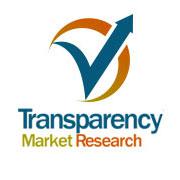 Elastography, a medical imaging technique similar to ultrasound and MRI, is widely used to detect the hardness and softness of tissue, which is further used to analyze the presence of diseases along with stage of development. Transient elastography is a non-invasive technique used to detect liver fibrosis. Liver fibrosis or stestosis causes stiffening of liver which is a prime indication of conditions such as cirrhosis and hepatitis. The principle behind the mechanism of transient elastography devices is measuring the shear wave velocity by providing one dimensional image of the tissue.The wave passes through the tissue which creates a distortion in the tissue. The motion of the tissue creates an image, which helps to determine the condition. Ultrasound waves of 5 MHz and low frequency elastic waves of 50 Hz, whose velocity is directly related to elasticity, are used in this technique. The stiffness of liver is measured in volume which is approximately like a cylinder, 1 cm wide and 4 cm long, 25 mm to 65 mm just below the skin. The volume thus measured by the technique is 100 times bigger than a biopsy sample and is more accurate.A device called FirbroScan is widely used in transient elastography technique for clinical management of patients with liver disease such as chronic hepatitis C and B and fatty liver disorders. FibroScan was approved by the U.S. FDA in April 2013 to be used in the detection of diseases. Initially, the device was introduced in Europe in 2003 and later it was approved in China in 2008, Brazil in 2010, and Japan in 2011. Increase in demand for alternative non-invasive methods to detect liver fibrosis has made transient elastography one of the promising techniques for diagnosis of liver related diseases.Request to View Brochure of Report -https://www.transparencymarketresearch.com/sample/sample.php?flag=B&rep_id=37301Rise in sedentary lifestyle, unhealthy dietary habits, and excess consumption of alcohol have increased the number of individuals with liver disorders. This in turn drives the diagnosis rate of liver cirrhosis and fibrosis. Additionally, rise in awareness among the population about early diagnosis of liver-related diseases fuels the growth of the Transient Elastography Device Market. The transient elastography technique is best to be performed in patients who have nonalcoholic fatty liver disease and where liver biopsy cannot be done. However, high cost of the device and diagnosis procedure along with technological failure to detect the intermediate stages of fibrosis act as restraints of the global transient elastography device market.The global transient elastography device market can be segmented based on technology, modality, end-user, and region. In terms of technology, the market can be divided into vibration controlled transient elastography (VCTE) and controlled attenuation parameter (CAP). VCTE helps the device to generate quantitative measurements of key liver parameters such as liver stiffness. CAP technology is used to measure the changes in amplitude of ultrasound waves. Based on modality, the global transient elastography devices market can be bifurcated into standalone and mobile. In terms of end-user, the market can be categorized into diagnostic centers, hospitals, and ambulatory surgical centers. In terms of region, the global transient elastography device market can be segmented into North America, Europe, Asia Pacific, Latin America, and Middle East & Africa.Request to View ToC of Report -https://www.transparencymarketresearch.com/sample/sample.php?flag=T&rep_id=37301North America projects a slow adoption of the technique. The U.S. has witnessed a slower adoption over usage of non-invasive test for liver disease and continues with the traditional approach of liver biopsy. Europe and Latin America are promising markets for technique as non-invasive techniques are replacing the traditional biopsy method in evaluating liver disorder in Europe and Latin America. According to the European Association guidelines for the Study of the Liver and Association of Latino Americana para el Estudio del Hígado, all available non-invasive alternatives to liver biopsy, either patented or non-patented, should be used for both viral and non-viral chronic liver diseases. Asia Pacific is also a potential market for transient elastography technique for liver disease. This technique is widely used in China, Canada, Japan, and Brazil. Both India and the U.S. are high potential markets for transient elastography devices. Middle East & Africa has recorded slow adoption of transient elastography technique due to high cost and sluggish growth of the health care industry.Key players in the global transient elastography device market are Echosens and Sandhill Scientific, Inc., among others.View Report -https://www.transparencymarketresearch.com/transient-elastography-device-market.htmlAbout UsTransparency Market Research (TMR) is a market intelligence company, providing global business information reports and services. Our exclusive blend of quantitative forecasting and trends analysis provides forward-looking insight for thousands of decision makers. TMR’s experienced team of analysts, researchers, and consultants, use proprietary data sources and various tools and techniques to gather, and analyze information. Our business offerings represent the latest and the most reliable information indispensable for businesses to sustain a competitive edge.US Office Contact 90 State Street, Suite 700 Albany, NY 12207 Tel: +1-518-618-1030 USA – Canada Toll Free: 866-552-3453 Email: sales@transparencymarketresearch.com Website: http://www.transparencymarketresearch.com