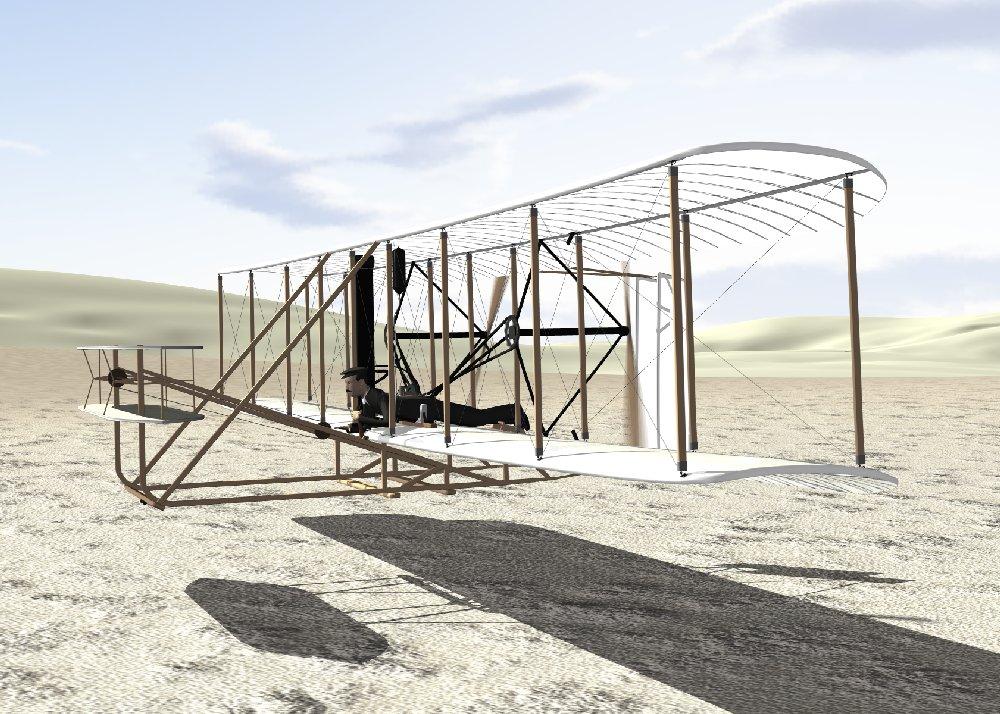 Austin, Texas - June 14, 2006 The Wright Brothers started an industry that changed the world. Today thousands of individuals, companies, and universities are jump-starting another industry that will revolutionize the world far more than the airplane did. That new industry is Nanotechnology. Molecular Manufacturing, the original core of Nanotechnology, uses a Nanofactory to create consumer products by assembling individual molecules and atoms into the final product. The research required to design a working Nanofactory requires the effort of many people. The Wright Brothers handled everything themselves. Today, organizations are needed to provide support, but it is still the individual, driven by the belief that something is possible, who makes it happen. The Wright Brothers built their airplane with their own hands and flew it at Kitty Hawk. You can see that first flight at http://www.lizardfire.com/graphics_techmech/WrightFlight.html . To do the equivalent in Nanotechnology would take tens of millions of dollars of equipment and a team of individuals working for a decade on the right problems. When research supports the pathway to the Nanofactory, the result might look like the animation at http://www.lizardfire.com/html_nano/nano.html . If money is put into less relevant research, you will have better tennis racquets, but you will not have general purpose Molecular Manufacturing in the same amount of time. The decision comes down to: Where do we put the money to achieve the goals we want? There are similarities between the Wright's Flyer and the Nanofactory. Both are the projects of individuals working together toward a common goal. Both projects were financed by private citizens. Before their successful creation, both projects received negative predictions of success. Both used the latest information available, but many problems had to be solved before the machines could fly. The actual nanofactory is still years away. When it arrives, research tools will flow from it as fast as they can be designed. Tiny sensors and tiny medical repair robots will change medical care forever. Nanotechnology is not the only path to advanced medical care. But other methods will not be configurable or evolve as fast as designs built by the Nanofactory because the factory can build anything we can describe. It is a general purpose constructor - maybe not able to handle "Earl Gray - Hot!" right off the bat, but that will come. In the first ten years it will revolutionize the world. If you want to show how your technical innovation can revolutionize the world, find out how at www.lizardfire.com Contact John Burch for more insights into this topic. Direct line: (512) 458-1855 For More Information Contact: John Burch john2004@lizardfire.com http://www.lizardfire.comLizard Fire Studios provides technical animations and has worked with scientists to produce innovative educational material for Nanotechnology.Lizard Fire Studios 2004 Pompton Dr. Austin, Texas 78757 Direct line: (512) 458-1855 For More Information Contact: John Burch john2004@lizardfire.com http://www.lizardfire.com

02-10-2006 | Business, Economy, Finances, B …
Lizard Fire Studios
Animation And The Entrepreneur
February 9th, 2006, Austin, Texas - Animation has been successfully used to fund a new product from the World Showerball Corporation. An entrepreneur needs investors. Investors want a product that clearly solves a problem. What tool supports both goals? Animation. The investor can see what the entrepreneur has developed, and how it works. Customers can see the product solving a specific problem.