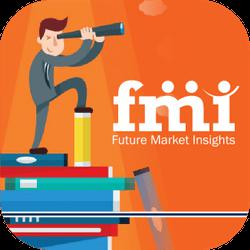 Bismuth is a chemical element that is represented using symbol Bi. Bismuth is a pentavalent chemical that resembles chemically with antimony and arsenic. In the earth’s crust bismuth is twice as abundant as gold. Elemental bismuth occurs naturally and is a free element that is 86% as dense as lead. Bismuth is brittle metal that is silvery white in color when produced freshly. However, bismuth turns into pink tinge mainly after its surface oxidation. Bismuth is one of the most abundantly available diamagnetic elements and thus, has one of the lowest thermal conductivity among other metals. Bismuth metal has its physical property similar to that of tin and lead. Bismuth oxide is the most important industrial compound manufactured from bismuth. Bismuth oxide has a common starting point as that of similar to the bismuth chemistry. Bismuth oxide is naturally found as the mineral bismite, however, it is also obtained as a by-product from the smelting of lead ores and copper ores. Bismuth trioxide is widely used to manufacture the dragon eggs effects in fireworks as it is a major alternative for lead. Bismuth trioxide is commercially manufactured using from bismuth subnitrate. Bismuth subnitrate is manufactured by dissolving bismuth in hot nitric acid. Bismuth oxide is mainly found as a heavy yellow powder. Thus, bismuth is an essential raw material used to manufacture bismuth oxide.A sample of this report is available upon request @ https://www.futuremarketinsights.com/reports/sample/rep-gb-356Bismuth oxide has few commercial applicationshowever; none of applications use bismuth oxide on a large scale. Bismuthoxide is used as an ingredient in the pharmaceutical industries. However, the use of bismuth oxide in dental materials is slowly declining. Compounds such as bismuth oxychloride have a wide range of applications in the cosmetic industry. Bismuth oxide is used as a pigment in manufacturing paints for eye shadows, nail polishes and hair sprays. Growing cosmetic industry is expected to boost the overall demand for bismuth market. Bismuth oxide are widely used in manufacturing of several machineries such as automatic sprinkler systems for fires. Bismuth oxide is used as an alternative to lead and hence, has been used in range of applications where previously lead was used. Bismuth oxide is mainly used as an alternative for lead especially in the manufacturing of bullets, shots and other ammunition. Currently, bismuth oxide is being evaluated as a lead replacement in manufacturing free machining brasses especially for plumbing applications. Owing to its low toxicity bismuth oxide is used in the manufacturing of food processing equipments and other copper processing pipes. Growing food industry is expected to drive the overall growth in the demand for bismuth market. Bismuth oxide is also used in automobile industry. Asia Pacific is expected to be the leading manufacturer of bismuth oxide. Presence of large scale bismuth manufacturers in China is expected to further boost the growth of the market. North America and Europe are expected to be the major consumers of bismuth oxide. The growing awareness about the hazardous effect of lead is further expected to augment the overall growth of the market. To view TOC of this report is available upon request @ https://www.futuremarketinsights.com/toc/rep-gb-356Hunan Jinwang Bismuth Industrial Co., Ltd, The Shepherd Chemical Company and The Kurt J. Lesker Company are among the major participants of the bismuth oxide market. The company’s are mainly focused towards increasing their production capacity in order to reduce the overall demand supply gap.ABOUT US: Future Market Insights (FMI) is a leading market intelligence and consulting firm. We deliver syndicated research reports, custom research reports and consulting services, which are personalized in nature. FMI delivers a complete packaged solution, which combines current market intelligence, statistical anecdotes, technology inputs, valuable growth insights, an aerial view of the competitive framework, and future market trends.CONTACT: Abhishek Budholiya Future Market Insights 616 Corporate Way, Suite 2-9018, Valley Cottage, NY 10989, United States T: +1-347-918-3531 F: +1-845-579-5705 Email: sales@futuremarketinsights.com Website: http://www.futuremarketinsights.com