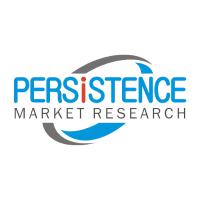 According to medical science, a drug delivery device which used to administer medication in a form of mist which is to be inhaled into the lungs is called as a nebuliser. This medical device is generally used for the treatment of asthma, Chronic Obstructive Pulmonary Disease, cystic fibrosis and other respiratory disorders and diseases. While functioning, nebulisers use compressed air and oxygen and thus break the solution into small aerosoldroplets which can be directly inhaled with the help of mouthpiece which is connected to the device. Ideally, the nebuliser should be used for around three to four times a day. The more usage of it may likely to increase the risk of infection in lungs. The nebuliser is mainly fallen into two categories, i.e. mechanical and electrical. Both the types are easy to use even at home.Request Report for TOC @ https://www.persistencemarketresearch.com/toc/13885Nebuliser Market: Advantages and disadvantagesNebuliser gives immediate relief to the patients who suffer from the asthma attack or having Chronic Obstructive Pulmonary Disease as the solution goes directly into the respiratory tract. They are easy to use and in an acute situation of breathlessness, patients can immediately use it as a home remedy before approaching hospitals or private clinics. Nebulisers are suitable for both, elderly persons and for youngsters. Even infants with respiratory diseases such as pneumonia, bronchitis or asthma are administered with the nebuliser as they have relatively fewer side effects than oral administration of the same medication. Along with all these benefits, there are certain disadvantages which are associated with a nebuliser. One of the most common drawbacks of using nebuliser is, it can carry infection into the lungs through tubes or chambers of the nebuliser if the usage is for the long term. Nebulisers are larger and less portable. They are noisy and require an electrical power source to operate. Half of the drug is wasted during the use of nebuliser as the drug converted into vapour which goes out while using the device. Thus, the medication through nebuliser is generally a costly affair.Nebuliser Market: Drivers and RestraintsOne of the major factors which are fuelling the growth of nebuliser market is increasing air pollution. Rising number of vehicles, growth of industries, reduction in the number of trees, etc. are responsible for rising of air pollution which is ultimately resulted in the number of lung diseases. For immediate relief from these various lung diseases including asthma, the use of nebulisers is increased which is creating a positive impact on the global nebuliser market. Another factor which is driving the growth of global nebuliser market is the increasing aged population across the globe. The prevalence of respiratory diseases is more in aged population rather than youngsters which are creating robust development in global nebuliser market. However, the risk of infection associated with the long-term use of a nebuliser and its less portability are hampering the growth of global nebuliser market.Nebuliser Market: RegionThe increasing prevalence of respiratory diseases and the various initiatives taken by the government to fight with it are increasing the use of nebuliser in North America. Developing regions like Asia-Pacific is also creating the positive impact on the nebuliser market due to increasing number of the population diagnosed with Chronic Obstructive Pulmonary Disease and other lung related diseases. Nebuliser Market: ForecastSmoking, rising environmental pollution and the various types of allergies associated with it, will increase the respiratory disorders such as asthma and other lung diseases in coming years. These respiratory disorders will increase the demand of nebulisers in future.Nebuliser Market: Key playersPhilips Healthcare, Agilent Technologies, Allied Healthcare Products, Omron Healthcare Co. Ltd., PARI Respiratory, Inc and CareFusion Corporation are some of the key players in global Nebuliser market.Request to Sample of Report @ https://www.persistencemarketresearch.com/samples/13885About UsPersistence Market Research (PMR) is a third-platform research firm. Our research model is a unique collaboration of data analytics and market research methodology to help businesses achieve optimal performance.To support companies in overcoming complex business challenges, we follow a multi-disciplinary approach. At PMR, we unite various data streams from multi-dimensional sources. By deploying real-time data collection, big data, and customer experience analytics, we deliver business intelligence for organizations of all sizes.Contact UsPersistence Market Research 305 Broadway 7th Floor, New York City, NY 10007, United States, USA Canada Toll Free: 800-961-0353 Email: sales@persistencemarketresearch.com Web: https://www.persistencemarketresearch.com

You can edit or delete your press release Nebuliser Market Forecast and Segments, 2017-2025 here

12-08-2021 | Business, Economy, Finances, B …
Persistence Market Research
The Fed Microbial Market To Move Beyond The Monotony
Persistence Market Research presents a detailed forecast of the global fed microbial market in a new publication titled “Fed Microbial Market: Global Industry Analysis (2012 – 2016) and Forecast (2017 – 2025).” In this report, Persistence Market Research tracks the performance of the global fed microbial market across five key geographies and highlights the segmental performance of the global market based on a detailed market taxonomy. According to the forecast,
12-08-2021 | Business, Economy, Finances, B …
Persistence Market Research
The Tissue And Hygiene Market To Ride On The Curve Of Innovation
The tissue and hygiene market has been gaining a stronghold in the developing economies of the world, more specifically in the Asia Pacific countries. North America – the largest market by revenue in 2017 – will move down to second position by the end of 2025, pushing Asia Pacific to the top rank in the global market. In a new report titled “Tissue and Hygiene Market: Global Industrial Analysis (2012-2016)
12-08-2021 | Health & Medicine
Persistence Market Research
The Transseptal Access Systems Market to get digitally innovative
The Transseptal Access Systems Market is expected to witness an escalation going forward. With health apps, biosensors, AI, VR, telehealth, robots, cloud computing, predictive analysis, and EHRs being rampantly used, there is nothing to hold the healthcare vertical from soaring high. The healthcare vertical, would, see its cash registers ringing on the count of digital IoT creeping in at a rapid pace. As per Persistence Market Research’s latest revised industry analysis,
12-08-2021 | Business, Economy, Finances, B …
Persistence Market Research
The Algae Oil Market To See Through Explicit Advancements
Algae oil is directly derived from algae, which is considered as a rich source of DHA and Omega 3. Algae oil has several applications in different industries. The global algae oil market is influenced by several aspects that may have a direct or indirect impact on the revenue growth of the market. Algae oil possesses several health benefits and is widely used in the food and beverages industry as a