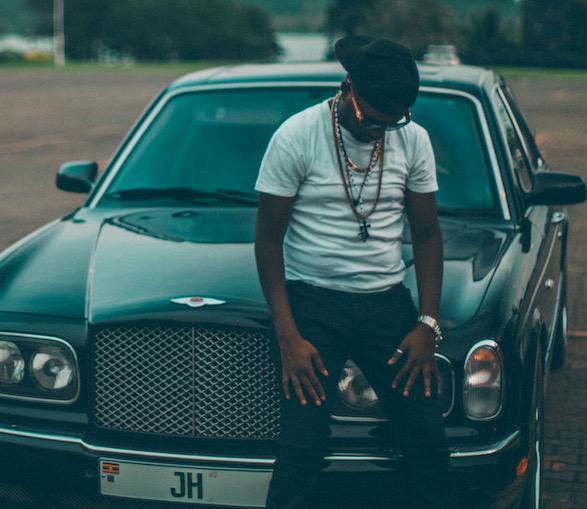 On March 6, Netflix award-winning director Jonny Von Wallström is premiering his new documentary series The Confused African on exclusive on YouTube. It is a 8 part YouTube documentary about Ugandan Artist and TV personality Ken Daniels and famous rapper Navio. A story about identity, what it’s like growing up in Western countries and now moving back to Uganda. The story is about Ken Daniels. Ken is a nomad who has lived his whole life in western countries such as the U.S. He now moves back to Uganda because he feels responsible and wants to help with solving some of the society problems. It's a story about identity, what it’s like growing up in Western countries and now moving back to Uganda. We follow them as they explore the society, political issues and the music in the country.Ken Daniels Kayongo is a well-known Ugandan Hip hop/ R&B musician, music critic and TV personality. He has for a long time sung under the music act ‘Swahili Nation’. Ken started singing in 1992 when he joined Swahili Nation that was formed in the 90’s by Kenyan brothers called Muturi. Ken has been in the limelight as a judge in reality singing TV shows including Coca- Cola Rated Next.Ken have grown up in western countries and even though he is Ugandan. He has never experienced Africa and Uganda in the way it should be experienced. In this documentary series, we follow him as he moves back to Uganda in order to explore what the society looks like. Both political and what it is like growing up in western countries and moving back to Africa. The documentary explores society, music and national identity. Is Ken a Ugandan? Swedish or American? He don’t even know himself. What he know is that the country has problems, and he wants to be a part of the solution...Watch the trailer: https://www.youtube.com/watch?v=9nNR1gzVKmE&t=5sRough Studios is a international production company and branded content agency. We’re producing long and short non-fictional stories for cinema, television or web. Merging cinematic storytelling with cutting edge technology. Creating films that inspire and change the world. The company is based in Stockholm, Sweden.Company: Rough Studios.Press Contact: Andre Wallstrom. Email: Andre@roughstudios.com Phone: +46730770450Postal Address: Duvnasgatan 16, 11634, Stockholm. Sweden.

05-22-2018 | Business, Economy, Finances, B …
Ken Research Pvt Ltd
The Biggest Issue with Remittance: Ken Research
Introduction: The Global Remittance Market has been valued to be at approximately USD 600 Billion based on Market Research Reports for Remittance. The market has had a growth rate of about 4.5% between 2012 and 2017 due to increasing reliance on remittance amounts in low and middle income countries. Close to 70% of the remittance amount transferred is used for the basic expenses of the recipient families in developing economies.
09-04-2017 | Advertising, Media Consulting, …
Ken Research Pvt Ltd
Global Online Retailing 2015-2020: Ken Research
Global Online Retailing, 2015-2020" report, published by Verdict Retail, provides analysis of the current and forecast market data of retail sales in different category groups in the online retail channel across the globe. In addition, it covers information on key technology trends, online trends in major countries, and the payment preferences of consumers. This report also focuses on major retailers across the regions, with an emphasis on innovative retailers in
06-15-2017 | Health & Medicine
Ken Research Pvt Ltd
Uprising European Influenza Vaccine Market- Ken Research
Europe is at the heart of global vaccine research and production. Influenza is a vaccine preventable disease and influenza vaccine has been available for use in Europe since 1960’s. Approximately, at US$ 1 billion, Europe influenza market was closed. Nevertheless, the highest influenza market share was held by United Kingdom. West Europe has more than US$ 500 Million. United Kingdom, Germany, France, Italy and Spain hold 80 percent of influenza market
10-21-2016 | Health & Medicine
Ken Research Pvt Ltd
World Spa Industry Latest Trends: Ken Research
The experts suggest that the origin of word “spa” is said to be done from a town in Belgian named Spa, where in 14th century a sanative natural spring was discovered and the meaning of word spa itself denotes to “fountain”. In other words an area where medicinal baths are provided with mineral rich water is called spa. Spa Locations offer enormous health treatments and as well commonly known as
10-20-2016 | Advertising, Media Consulting, …
Ken Research Pvt Ltd
The UK Stationery Market Future: Ken Research
A mass noun which refers to the writing material, manufactured commercially which includes envelopes, cut paper, writing implements and other office or study supplies is called Stationery. Stationery on a broader perspective can include material written on by hand or by any equipment. Although the stationery market is ever growing, but due to the rise in electronic media it is being superseded. The report titled “The UK Stationery Market 2016-2021”
01-12-2011 | Business, Economy, Finances, B …
CFOwise
Ken Kaufman Moderates the Focus Finance RoundTable
Ken Kaufman moderates the Focus Finance Roundtable on Effective Tax Strategies for Small and Medium-Sized Businesses PLEASANT GROVE, Utah, January 10, 2011 - CFO WISE Founder & CEO, Ken Kaufman, was given moderated the Focus Finance Round Table on January 6, 2011 on Effective Tax Strategies for Small and Medium-Sized Businesses. This round table covered three main topics, recent tax law changes and how they impact you, actionable tips to help
Comments about openPR
I can't but agree to the positive statements about your portal: easy to use, clear layout, very good search function, and quick editing!
Jens O'Brien, Borgmeier Media Communication